Today is the birthday of one of my favorite obscure Presidents, Chester Alan Arthur. He was born on October 5th, probably 1829. (Arthur's tombstone says that he was born in 1830, but his leading biographer Thomas C. Reeves makes a much stronger case for Arthur being born in 1829, which would mean that he was born 192 years ago today). 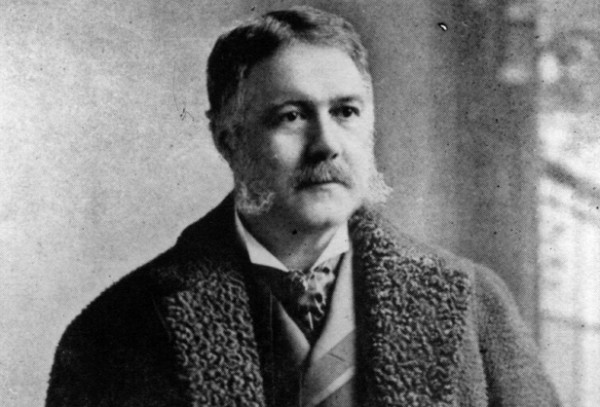 Arthur's parents were the Reverend William Arthur and the former Malvina Stone. His father was born in Ireland and emigrated to Dunham, Lower Canada, (in present-day Quebec) in 1818 or 1819. Arthur's mother, Malvina Stone, was born in Vermont. Arthur's parents met while William Arthur was teaching at a school in Dunham, just over the border from her native Vermont. The two married in Dunham on April 12, 1821. In 1828, the family moved again, to Fairfield, Vermont where Chester Alan Arthur was born the following year. This would later lead to accusations by "birthers" that Arthur was actually born in Canada and therefore ineligible to be Vice-President (and later President).

The family moved to upstate New York where Arther grew up and practiced law in New York City. As a young lawyer he argued a number of civil rights cases. In 1854, Arthur was the lead attorney representing Elizabeth Jennings Graham, an African-American woman who was denied a seat on a streetcar. He won the case, and the verdict led to the desegregation of the New York City streetcar lines.

During the Civil War, Arthur served as quartermaster general in the Union Army, which came with the rank of Brigadier General. Following the war, he became active in Republican politics and quickly rose in the ranks of the political machine run by New York Senator Roscoe Conkling. Arthur was appointed by President Ulysses S. Grant to the lucrative and politically powerful post of Collector of the Port of New York in 1871, where he was an important supporter of Conkling and the Stalwart faction of the Republican Party. In 1878 the new president, Rutherford B. Hayes, fired Arthur as part of a plan to reform the federal patronage system in New York. When James Garfield won the Republican nomination for president in 1880, Arthur, an eastern Stalwart, was nominated for vice president to balance the ticket.

After just half a year as vice president, Garfield was felled by an assassin's bullet and Arthur found himself unexpectedly in the president's chair. Arthur surprised everyone by taking up the cause of civil service reform. He signed the Pendleton Act into law and strongly enforced it. He vetoed a Rivers and Harbors Act that would have appropriated federal funds in a manner he thought excessive. He began to rebuild the United States Navy and toured Yellowstone National Park. Arthur was criticized for failing to alleviate the federal budget surplus that had been accumulating since the end of the Civil War. (Can you imagine a president today being criticized for having a surplus instead of a debt?)

Arthur's health suffered and he developed serious kidney problems. At first he tried to secure renomination in 1884, but his poor health was a serious impediment and he retired at the end of his term. Despite the low expectations for his presidency, many assessments of Arthur's presidency were positive ones. For example, journalist Alexander McClure wrote, "No man ever entered the Presidency so profoundly and widely distrusted as Chester Alan Arthur, and no one ever retired more generally respected, alike by political friend and foe." 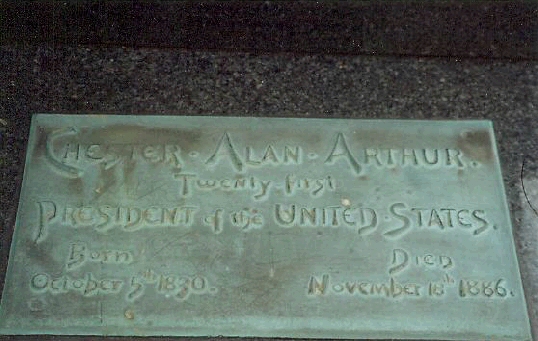 Arthur had a very brief retirement due to his serious kidney ailment. In 1886, after summering in New London, Connecticut, he returned to his home in Albany, New York, quite ill. On November 16, ordered nearly all of his papers, both personal and official, burned. The next morning, Arthur suffered a cerebral hemorrhage and never regained consciousness. He died the following day, on November 18, 1886 at the age of 57. An editorial in the New York World summed up Arthur's presidency following his death with these words: "No duty was neglected in his administration, and no adventurous project alarmed the nation." Mark Twain wrote of him, "It would be hard indeed to better President Arthur's administration."