It was 199 years ago today, on October 4, 1822, that Rutherford Birchard Hayes, the 19th President of the United States, was born in Delaware, Ohio. Hayes was elected in the closest and most controversial presidential election ever (yes, closer and more controversial than even Bush v. Gore). In his single term he presided over the end of Reconstruction and his nation's entry into the second industrial revolution. Hayes was a civil war veteran and a man with a strong belief in education as the answer to many social problems. 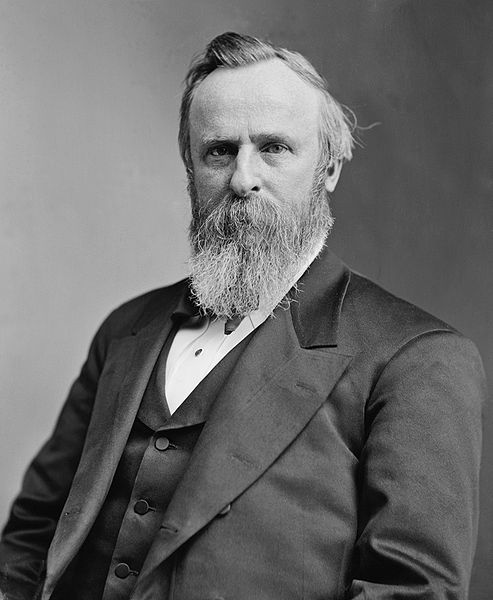 Hayes was the son of Rutherford Hayes Jr. and Sophia Birchard. Hayes's father, a Vermont storekeeper, took the family to Ohio in 1817. He died ten weeks before Rutherford's birth. After briefly reading law in Columbus, Ohio, Hayes moved east to attend Harvard Law School in 1843. He graduated with an LL.B. and was admitted to the Ohio bar in 1845. Hayes practiced law in Lower Sandusky (now Fremont) and was city solicitor of Cincinnati from 1858 to 1861.

When the Civil War began, Hayes left a successful political career to join the Union Army. He fought in battle and was wounded five times, most seriously at the Battle of South Mountain. He earned a reputation for bravery in combat and was promoted to the rank of major general. After the war, Hayes served in the U.S. Congress from 1865 to 1867 as a Republican. He left Congress to run for Governor of Ohio and was elected to two consecutive terms, serving from 1868 to 1872. After his second term had ended, he resumed the practice of law for a time, but returned to politics in 1876 to serve a third term as governor. 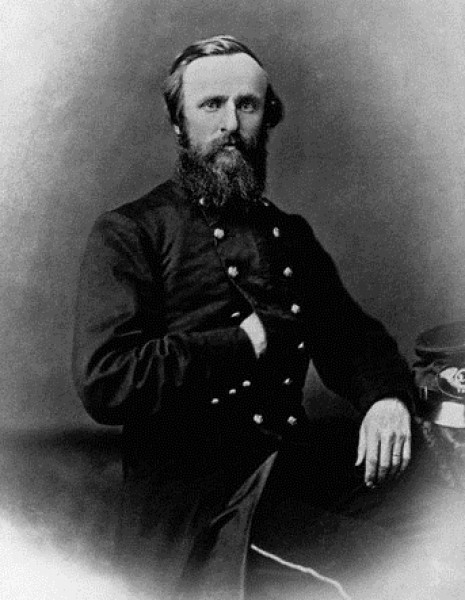 In 1876, Hayes was nominated as the Republican candidate for president and was elected in what was probably the most contentious and hotly disputed elections in American history. Although he lost the popular vote to Democrat Samuel J. Tilden, Hayes won the presidency by the narrowest of margins after a Congressional commission awarded him twenty disputed electoral votes. Unfortunately for the nation, he secured this result as part of the Compromise of 1877, in which the Democrats acquiesced to Hayes's election and Hayes accepted the end of military occupation of the South. Many African-Americans who were freed slaves lost the protection that the military occupation afforded them and as a result, they lost most if not all of the civil rights they had gained during the presidency of Ulysses Grant. Many were killed by lynching and other brutal means.

In the field of civil service reform, Hayes believed in hiring based on merit and in improvement through education. He ordered federal troops to quell the Great Railroad Strike of 1877 and ordered them out of Southern capitals as Reconstruction ended. He implemented modest civil service reforms that laid the groundwork for further reform in the 1880s and 1890s. 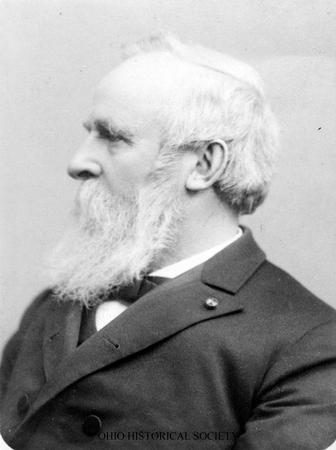 Hayes kept a pledge he had made not to run for re-election. He retired to his home in Ohio and became an advocate of social and educational reform. He was deeply saddened by the passing of his wife Lucy in 1889. On January 17, 1893 Rutherford Hayes died of complications from a heart attack he had at his home in Fremont Ohio. He was 70 years of age.
Collapse