The Cuban Revolution of 1959 was an armed revolt conducted by Fidel Castro's "26th of July Movement" against the government of Cuban President Fulgencio Batista. The revolution first began in July 1953 and continued off and on until the rebels finally ousted Batista on New Year's Day of 1959. The 26th of July Movement later became the Communist Party of Cuba in October 1965. 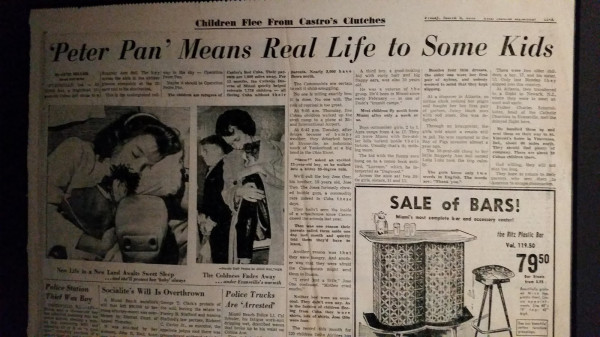 The Cuban Revolution had powerful domestic and international repercussions, not the least of which was how it reshaped Cuba's relationship with the United States. It led to a significant number of Cuban exiles coming to the United States as political refugees. This status allows them different treatment under U.S. immigration statutes than immigrants who are not categorized as political refugees.

The first wave of refugees arrived after the revolution of 1959. They came with the idea that the new government would not last long, and their stay in the U.S. would be temporary. The Castro government ordered confiscation of all properties belonging to anyone leaving the country, placing those who had left in an adverse position financially.

Between November 1960 and October 1962, over 14,000 Cuban children were sent to the U.S. by their parents in a planned evacuation called "Operation Peter Pan". These children were looked after by the Catholic Church, who arranged for their placement in foster homes throughout the U.S until they could be reunited with their parents. Their parents sent them into the U.S in order to prevent the boys from being drafted into the Cuban armed forces, and the girls from being put into Fidel Castro's "Alphabetization Campaign". Father Bryan O. Walsh, director of the Catholic Welfare Bureau, developed Operation Peter Pan in November 1960. He contacted Tracy Voorhees, who was serving as President Dwight Eisenhower's Personal Representative for Cuban Refugees. Vorhees pledged that the Eisenhower Administration could provide funds to support Cuban immigrants once they reached Miami. Operation Peter Pan was formed with the understanding that people in the United States would arrange the children's transportation, and Father Walsh would arrange for accommodations in Miami.

Donations for Operation Peter Pan were sent to the Catholic Welfare Bureau. Many citizens living in Miami wrote checks out to the W. Henry Smith Travel Agency in Havana, which helped fund the children's flights to the United States. It was necessary to send the funds in American currency because Castro had ruled that plane tickets could not be purchased with Cuban pesos.

The need for accommodation grew as the children arrived in increasing numbers. Several prominent locations were converted to house them and special homes, authorized by state officials and operated by Cuban refugees, were formed in several hundred cities across the nation including Albuquerque, New Mexico; Lincoln, Nebraska; Wilmington, Delaware; Fort Wayne, Indiana; Jacksonville and Orlando, Florida.

Another wave of immigration from Cuba began in 1961 as the Castro government began a political crackdown on the opposition, either incarcerating opponents or perceived opponents or executing them.

On September 28, 1965, Castro announced that Cubans wishing to emigrate could do so from the Cuban port of Camarioca. The administration of President Lyndon Johnson tried to control the numbers it would admit to the U.S. and set some parameters for their qualifications, giving preference to those claiming political persecution and those with family members in the U.S. It set a target or 3,000 to 4,000 people to be transported by air. But many Cuban-Americans brought small leisure boats from the United States to Camarioca. In the resulting Camarioca boatlift, about 160 boats transported close to 3,000 refugees to Key West for immigration processing by U.S. officials. The Johnson administration did not aggressively enforce restrictions on this boat traffic. Castro closed the port with little notice on November 3, stranding thousands.

On November 6, the Cuban and U.S. governments agreed on the details on an emigration airlift based on family reunification. From December 1965 to early 1973, under the Johnson and Nixon administrations, twice daily "Freedom Flights" (Vuelos de la Libertad) transported Cubans wishing to flee Cuba, traveling from Varadero Beach to Miami. This airlift of refugees transported 265,297 Cubans to the United States with the help of religious and volunteer agencies. Flights were limited to immediate relatives and Cubans already in the United States with a waiting period anywhere from one to two years.

Between April 15 and October 31, 1980, during the Carter administration, one of the largest waves of exiles occurred during what became known as the Mariel Boatlift. This event occurred after a number of Cubans drove a bus through the gates of the Havana Peruvian Embassy and requested asylum. The Peruvian ambassador refused to return the exiled citizens to the Cuban authorities. Castro responded by stating: "Anyone who wants to leave Cuba can do so". He called those who were leaving "escoria" (scum). This resulted in another large exodus through the port of Mariel. Those fleeing did so travelling in small pleasure boats and commercial shrimping vessels brought Cuban citizens who wished to leave the island. Within weeks, 125,000 Cubans reached the United States. Castro decided to send persons from hospitals and prisons who were considered to be "social undesirables", and he included them among the other refugees.

The Cuban government ended this boatlift after several months. Out of more than 125,000 refugees, somewhere between 7,500 and 40,000 persons with criminal records in Cuba were sent to the United States, though many of their crimes would not qualify as crimes under U.S. law. Some 1,774 of the refugees were classified as serious or violent criminals under U.S. law and denied citizenship on that basis. The majority of refugees were young adult males, 20 to 34 years of age. In 1984, the United States and Cuba negotiated an agreement to resume normal immigration.

In the years that followed, a number of Cubans attempted to travel travel to Florida on homemade rafts. President Bill Clinton, in an effort to reduce the number of these Cuban rafters, pressed a dozen Latin American governments to provide internment camps that officials hoped would prove more attractive to refugees than the U.S. Navy base at Guantanamo Bay in Cuba. The refugees at Guantanamo were held behind barbed wire, but many of them viewed this as preferable to a foreign internment camp.

As a result of bilateral agreements made in September 1994 and May 1995, the U.S. granted Cuba an annual minimum of 20,000 legal immigrant visas, while deciding that Cubans picked up at sea would be sent home just as any other group of illegal immigrants. President Clinton's agreement resolved the status of the approximately 33,000 Cubans then at Guantanamo. The United States agreed to take most of the Cubans detained at Guantanamo. Instead of placing Cubans intercepted at sea in a camp, the United States began sending them back to Cuba. Those who failed to reach land would be returned to Cuba unless they faced persecution there and met the definition of asylum refugees. This became known as the "Wet foot, Dry foot" policy, under which a Cuban caught on the waters between the two nations (with "wet feet") would be sent home or to a third country. Those who reached shore ("dry feet") could to remain in the United States, and later would qualify for expedited "legal permanent resident" status in accordance with the 1966 Act and eventually U.S. citizenship. 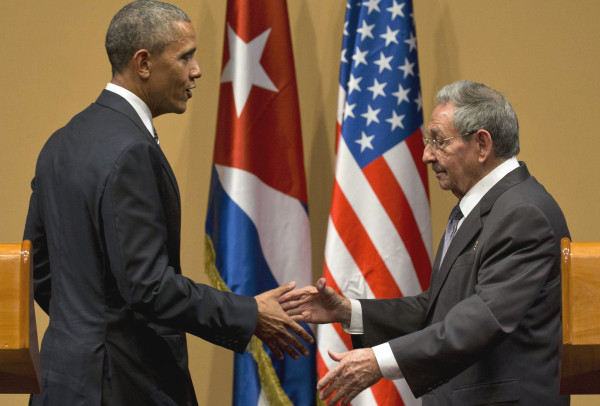 In January 2017, the Obama administration announced the immediate end of this policy. In his statement, President Barack Obama said:

"Effective immediately, Cuban nationals who attempt to enter the United States illegally and do not qualify for humanitarian relief will be subject to removal, consistent with U.S. law and enforcement priorities. By taking this step, we are treating Cuban migrants the same way we treat migrants from other countries. The Cuban government has agreed to accept the return of Cuban nationals who have been ordered removed, just as it has been accepting the return of migrants interdicted at sea."
Collapse