After the end of the second world war, a major problem that the United Nations had to address was what to do with millions of refugees in Europe. The problem presented a moral dilemma for many nations who on the one hand, saw the need for humanitarian assistance for the many who had been ravaged by war, but who on the other hand were concerned about how admitting more people into their country would affect their ability to support their own citizenry. 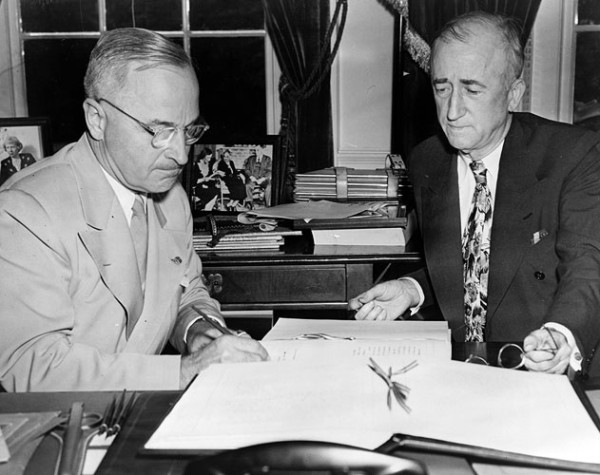 President Harry Truman recognized the moral obligation that the United States and other nations had to help these persons. In a statement he wrote on December 22, 1945, he said:

"The great difficulty is that so many of these persons have no homes to which they may return. The immensity of the problem of displaced persons and refugees is almost beyond comprehension. A number of countries in Europe, including Switzerland, Sweden, France, and England, are working toward its solution. The United States shares the responsibility to relieve the suffering. To the extent that our present immigration laws permit, everything possible should be done at once to facilitate the entrance of some of these displaced persons and refugees into the United States."

With Truman's support, the United States helped to fund temporary camps, and admitted large numbers as permanent residents as immigrants. Truman strongly supported the program, and obtained ample funding from Congress for the Displaced Persons Act of 1948. This law authorized the admission into the United States of certain European displaced persons for permanent residence. Truman strongly supported the program, and obtained funding from Congress. He also supported the admission of Jewish refugees in Palestine and Israel.

After the end of World War II, immigration immediately increased under the official national origins quota system as refugees from war torn Europe began immigrating to the U.S. After the war, there were more jobs available, as most women employed during the war returned to their homes. From 1941 to 1950, 1,035,000 people immigrated to the U.S., including 226,000 from Germany, 139,000 from the UK, and 57,000 from Italy. When the Displaced Persons Act of 1948 was passed, some 200,000 Europeans and 17,000 orphans displaced by the war were initially allowed to immigrate, in addition to the 1924 quotas. The first Displaced Persons Act on June 25, 1948 allowed entry for 200,000 such persons. A second Displaced Persons Act was passed on June 16, 1950, allowing entry for another 200,000. This quota required sponsorship for all immigrants. Much of the humanitarian effort was undertaken by charitable organizations, such as the Lutheran World Federation as well as other ethnic groups. Along with an additional quota of 200,000 granted in 1953 and more in succeeding years, a total of nearly 600,000 refugees were allowed into the country outside the quota system, second only to Israel's 650,000.

The Truman administration helped create a new category of refugee, the "escapee" at the 1951 Geneva Convention Relating to the Status of Refugees. The American Escapee Program began in 1952 to help the flight and relocation of political refugees from communism in Eastern Europe.

In 1945, the War Brides Act allowed foreign-born wives of U.S. citizens who had served in the U.S. Armed Forces to immigrate to the United States. In 1946, the law was extended to include the fiancés of American soldiers.

In 1952, the McCarran Walter Immigration Act passed over Truman's veto. It kept the old 1924 quota system but added many new opportunities for immigration from Europe and elsewhere. In practice two-thirds of the new arrivals entered outside the old quota system. In his veto message, Truman wrote:

The idea behind this discriminatory policy was, to put it baldly, that Americans with English or Irish names were better people and better citizens than Americans with Italian or Greek or Polish names. It was thought that people of West European origin made better citizens than Rumanians or Yugoslavs or Ukrainians or Hungarians or Baits or Austrians. Such a concept is utterly unworthy of our traditions and our ideals. It violates the great political doctrine of the Declaration of Independence that "all men are created equal." It denies the humanitarian creed inscribed beneath the Statue of Liberty proclaiming to all nations, "Give me your tired, your poor, your huddled masses yearning to breathe free." It repudiates our basic religious concepts, our belief in the brotherhood of man, and in the words of St. Paul that "there is neither Jew nor Greek, there is neither bond nor free .... for ye are all one in Christ Jesus."

Truman also struggled with the problem of migrant farm workers — both legal and illegal. On June 3, 1950, he set up a Presidential Commission on Migratory Labor. The commission was tasked with investigating "the extent of illegal migration of foreign workers into the United States" and whether laws could be "strengthened and improved to eliminate such illegal migration." The commission ultimately recommended that the country should rely primarily on domestic farm workers, not immigrants, to perform farm labor. On July 13, 1951, Truman approved legislation to facilitate the employment of legal migrants to harvest U.S. crops, but also expressed a desire to reduce illegal immigration from Mexico and said additional measures were needed. He said "These people are coming to our country in phenomenal numbers – and at an increasing rate. Everyone suffers from the presence of these illegal immigrants in the community."

Truman signed legislation concerning legal guest workers flowing across the border to harvest U.S. crops. The new legislation established reception centers to house temporarily legal immigrants from Mexico while the government found employment for them. Truman said in signing it, "We must make sure that contract wages will in fact be paid, that transportation within this country and adequate reception centers for Mexican workers will in fact be provided." Truman said that it was necessary that the U.S. government "stand behind all contracts and guarantee performance in the future, if any more Mexican citizens are to be legally recruited for work in the United States." 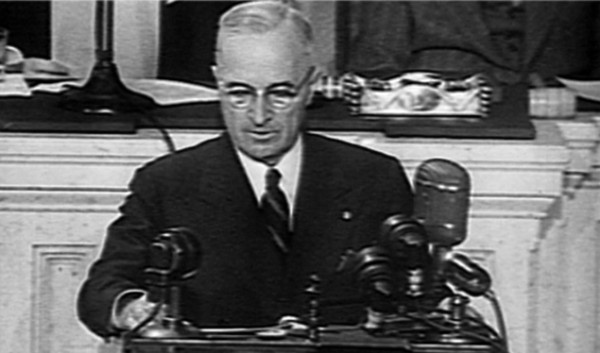 During Truman's presidency more than 127,000 illegal Mexican aliens were formally deported and more than 3.2 million left voluntarily rather than face deportation. Truman asked Congress for stricter sanctions against employers who harbor illegal aliens, but Congress did not pass the legislation Truman wanted.

CNN anchor Jake Tapper follows up his 2018 novel The Hellfire Club (reviewed here in this community) with his latest work The Devil May Dance, the second mystery in the Charlie and Margaret Marder series. Congressman Charlie Marder and his brilliant wife Margaret are back. Eight years have passed since we last visited them. The former academic and WW2 veteran is now a four-term House member with a growing family and a growing problem. The pressures of the job are taking their toll on him and his drinking is getting out of control. He's had to compromise his principles by courting shady labor unions in order to win re-election as a Republican in a liberal New York district. There's a new President in the White House (he liked the old one better) and Charlie is not a big fan of the Kennedys. Charlie's talented wife Margaret is bored by having to trade in her career as a zoologist for the duties of motherhood and the strain in the Marder marriage is becoming apparent. 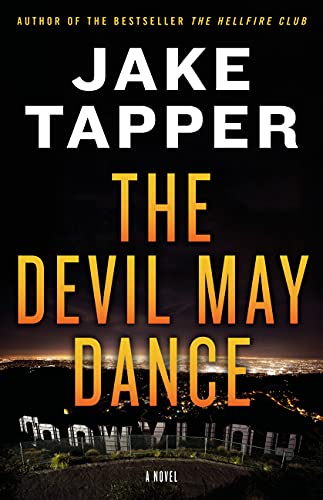 Charlie's problems are about to get worse when his father, venerable Washington DC lawyer and political fixer Winston Marder, is arrested for racketeering. Hoping to help his father out of his predicament, Charlie reluctantly takes an assignment that he is pressured into by the hardball playing Attorney-General Robert F. Kennedy. With Margaret in tow, Charlie agrees to go to Hollywood to serve as a consultant on the film The Manchurian Candidate. There the Marders come into close personal conduct with some of the most famous entertainers and other tinsel town personalities of the time, including Frank Sinatra and the famed "Rat Pack", John Wayne, Marilyn Monroe, L. Ron Hubbard of the Church of Scientology and directors John Frankenheimer and Alfred Hitchcock. They also encounter several of the famed mobsters of the day including Sam Giancana.

Suspicion is cast on Charlie when two young actors are murdered and the body of one of them is found in his rental car. Charlie and Margaret traverse the shady underbelly of 1962 Hollywood, replete with stories of the casting couch and human trafficking, while battling the demon of his alcoholism. The Marders are reunited with an old friend, and make a number of new friends, while on their real mission for Attorney-General Kennedy.

Tapper repeats a demonstration of his literary prowess as he writes another page turner and keeps readers on the edge of their seats. Tapper is so convincing in his ability to make fiction seem like fact, that it is only in the sources and acknowledgements section that the author lets the readers know what portions of the story are rooted in fact and what parts are the product of a brilliant imagination. I was fooled on at least one major element of the story. 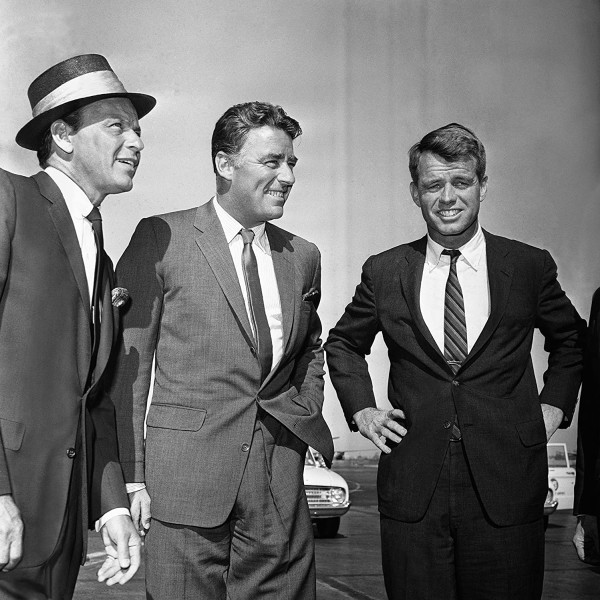 I don't know why it took me over three months to read this book, given that I enjoyed Tapper's first mystery so much. The dial is set just right in this book in the mixture of history with mystery. The subject matter of this book will appeal to so many interests: history, politics, pop culture, cinematography, and mystery to name a few. The writing is superb and makes it such an enjoyable read. One reviewer has suggested not reading this book too late at night because it is hard to put down. That was certainly my experience.
Collapse