Originally posted on July 21, 2020 as part of a series entitled The Unprecedented Presidency.

According to the website presidentialgolftracker.com , President Donald Trump has gone golfing 264 times during his presidency, an average of 91 times per year. This does not make him the most prolific swinger among the Presidents however, as two term Presidents Woodrow Wilson, Dwight Eisenhower and Barack Obama went golfing more times, though only the former two golfed more on average. [Statistics quoted are as of the day that the article was posted.] 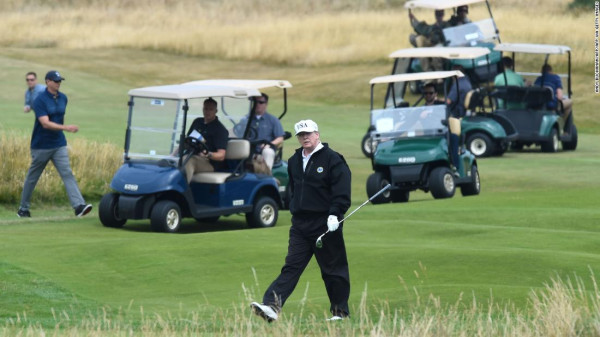 President Trump has said of his golf game, “I think of golf as a very natural game. I never really wanted to know a lot about my technique. I really trust instinct a lot, in golf and a lot of things.” He self-reports as having a 2.8 in the United States Golf Association’s Golf Handicap and Information Network, and the website claims that his golfing outings have cost the US taxpayer over $105 million. (The website's breakdown of how those costs are calculated can be found here.) His golfing partners have included Japanese Prime Minister Shinzo Abe (who gave President Trump a gold-plated Honma Beres S-05 driver, valued at $3,755), Fox News personalities Sean Hannity and Brett Baier, former New York City mayor Rudolph Giuliani, Senators Lindsay Graham, Rand Paul, David Purdue and Bob Corker, former NFL quarterback Peyton Manning, rocker Kid Rock, among others.

Woodrow Wilson is said to have played over 1,000 rounds of golf during his presidency. He met his second wife, the former Edith Bolling Galt, after playing a round of golf. During World War I, Wilson is said to have gone golfing every day as a means to deal with the stress of being a wartime President. He is even said to have ordered his secret servicemen to paint the golf balls black, so that he could play in the snow. Wilson wasn't a particularly good golfer however. He rarely broke 100 and his handicap was somewhere between 25 and 30. 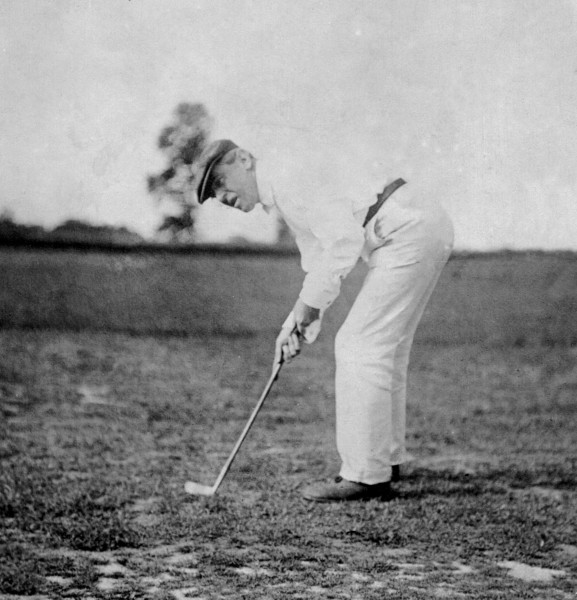 Dwight Eisenhower played over 800 rounds of golf during his presidency and soon became associated with the game. He was known to practice every morning and even had a putting green installed at the White House just outside of his office. It is said that he would dictate to his secretary while practicing his putting. Eisenhower played the Augusta golf course 29 times during his presidency, and an Eisenhower Cabin and an Ike’s Pond, located on the course, were named in his honor. His handicap was somewhere between 13 and 17. 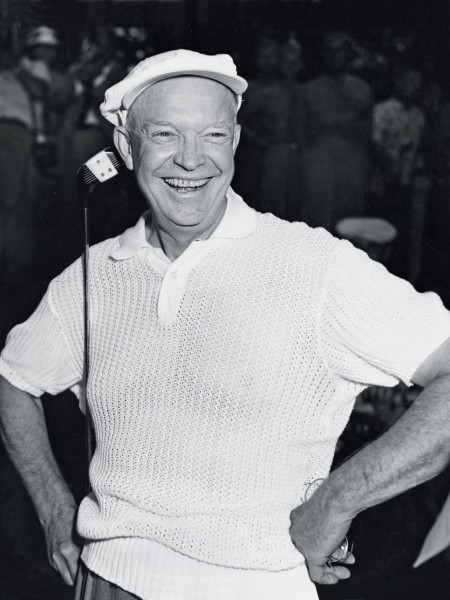 George W. Bush had a better handicap than both Eisenhower and Wilson (11 or 12), but golfed much less frequently than any of the other golfing presidents. He played only 24 rounds during his entire two terms. He decided to stop playing golf at the start of the Iraq war in 2003, saying that “playing golf during a war just sends the wrong message.” He resumed the game after his Presidency and even spoke in defense of his successor Barack Obama after Obama was accused of golfing too frequently. Bush told an interviewer from the Golf Channel, “I think he ought to play golf. I know the pressure of the job, and to be able to get outside and play golf with some of your pals is important for the president. It does give you an outlet.” Today President Bush holds an annual golf tournament through his George W. Bush Presidential Center, called the Warrior Open, a tournament that serves as a fundraiser for wounded soldiers. 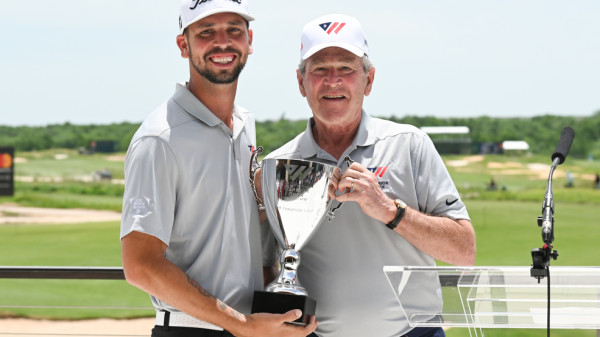 Barack Obama took up golf sometime in his 30s, claiming that it was a more relaxing alternative to basketball. Those who have played with him say that he hits a straight drive and is a pretty good chipper, but not so good when it comes to chipping out of a bunker. He is the first left handed golfer, even though he was the eighth left-handed President. Those who have golfed with him describe the former President as a "trash-talker" who tries to get inside the head of his opponents to make them mess up their shots. Even with his late introduction to the game, he had a 13 handicap. He played 333 rounds of golf during his two terms in office. According to the same website, Joe Biden started playing golf around 20 years ago at age 57. According to Biden, he has a 6.3 handicap, but this figure is disputed by Golf Digest, which estimates that Biden’s handicap is around 10.

Millard Fillmore is considered the least remembered President of the United States (an honor sometimes shared with Chester Alan Arthur). He is more often remembered as the punchline to a joke, such as when H. L. Mencken perpetrated what came to be known as the "bathtub hoax" or when the Kia Motor Company gave a faux tribute to Fillmore as part of their Presidents Day sales event. There are other examples (such as in George Pendle's farcical fictitious biography entitled The Remarkable Millard Fillmore, reviewed here in this community, the cover of which had Fillmore riding a unicorn.) He has also been remembered of late as a victim of cancel culture because of his promotion of the Fugitive Slave Act as part of the Compromise of 1850, a measure that had his whole-hearted support. Just last summer (August of 2020), the University at Buffalo removed Fillmore's name from a campus building at the institution he helped to found because of a legacy that views the ex-president as someone who set back the cause of freedom for enslaved African-Americans. 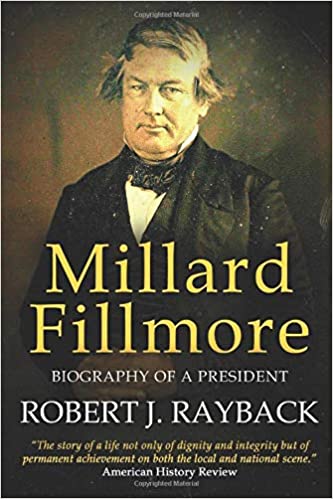 Does Fillmore deserve to be vilified and turned into the Rodney Dangerfield of presidents in the manner that he has? Biographer Robert Rayback is convinced that his subject is undeserving of such treatment and was a greater president and leader than history recalls. Rayback wrote what is considered the leading biography of the 13th President of the United States, simply called Millard Fillmore: Biography of a President. The book was first published in 1959, a time when presidents and antebellum politicians were held to a different standard than they are currently. It is understandable therefore that the measuring stick against which Fillmore is judged by Rayback is considerably different than that by which he would be held to account today.

The text of this work runs some 435 pages and there are portions of Fillmore's life which are given more attention than others. The author frequently speaks confidently about Fillmore's thoughts and motives, telling the reader what his subject was thinking at various points in his life. This is likely because the most oft-quoted source material for the book is the Millard Fillmore Papers, a collection maintained by the Buffalo Historical Society. This is not to disparage the author's meticulous research or his impeccable academic credentials. The problem is that this biography is heavily weighted in defense of its subject because Fillmore himself is given the last word in justifying his actions, many of them demonstrating questionable judgement.

A second-most quoted source is the autobiography of New York's longtime political boss Thurlow Weed, who was first an ally of Fillmore and later his nemesis. Rayback clearly takes Fillmore's side in this quarrel, largely because Weed's autobiography, written after Fillmore's death, disparaged Fillmore, even though the two men had purportedly reconciled previously. Rather than pitting each man's position in their disagreements against one another, Rayback is unshakable in his belief that Fillmore was a thoughtful, patient and benevolent man, while Weed was a snake. The conclusion may be fair or unfair, but readers are not given the opportunity to reach their own conclusions.

For Rayback, Fillmore's desire to keep the nation together was a core principle that justified all manner of decisions that we would question today. Fillmore was not alone as a northerner in his tolerance of "the peculiar institution" of slavery, but it is difficult to understand how Fillmore courted the votes of abolitionists while giving whole-hearted support for the Fugitive Slave Act, legislation which compelled northern law enforcement and governments to return escaped enslaved persons, or even how Fillmore could even overlook the immorality of slavery at a time when enlightened persons were coming to realize what a great wrong it was. Fillmore's support of and candidacy for the anti-immigrant "Know-Nothing Party" is dismissed because according to the author Fillmore only made one anti-immigrant speech during the campaign so therefore he was not really a bigot. It is also difficult to understand why ex-President Fillmore initially supported the Union cause, going so far as to form a home guard unit of those too old to serve in the war, only to later join the Copperhead cause in advance of the 1864 election when the war was going badly for the Union. Rayback makes no attempt to explain this, though one motive appears most likely. Fillmore was not a leader like Lincoln. He was first and foremost a politician whose studied demeanor was in reality an exercise in determining which way the political winds were blowing so that he could set his sails in the direction of political expediency. 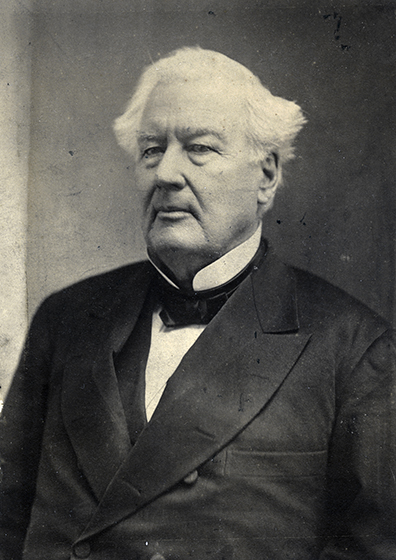 Other reviewers have commented about the tedious nature of the writing, and I think this is a fair comment. The book is a slog to read at times and this biography is hardly a page-turner. However it is worth the effort to read for anyone wanting to consider whether or not Fillmore is being judged fairly by today's standards for his actions in keeping the institution of slavery alive. Fillmore became President of the United States, following the death of Zachary Taylor, at a time when the issue threatened to tear the nation apart. Fillmore placed national unity as a greater priority above freeing enslaved persons. He wanted to avoid a civil war that ended up pitting countrymen against one another, a war that would result in approximately 750,000 soldiers killed and many more casualties. Many respected political leaders of his time agreed with him. In 1959, many justified Fillmore's motivation for making the choices he made. In 2021 many see these choices as inherently wrong and morally repugnant. It is a subject on which diversity of thought, if respected, will lead to different conclusions. We all bring different perspectives on this question. A white academic from upstate New York writing in the 1950s would quite likely view history differently than a person whose ancestors were denied freedom and subjected to violent enslavement.

How will Fillmore be judged a hundred years from now?
Collapse