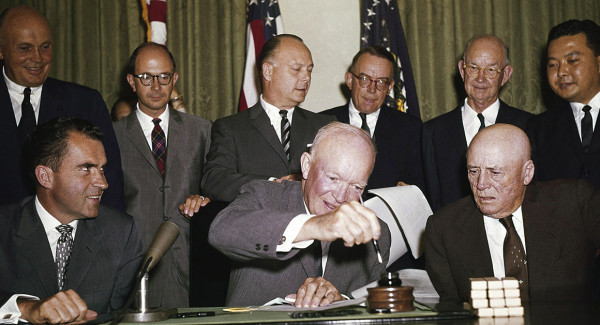 Financial difficulties in Russia, the desire to keep Alaska out of British hands, and the low profits of trade with Alaskan settlements all combined to make Russia willing to sell the land it held in North America. At the instigation of U.S. Secretary of State William Seward, the United States Senate approved the purchase of Alaska from Russia for $7,2 million on April 9, 1867. This purchase was ridiculed in the U.S. as "Seward's Folly," "Seward's Icebox," or "Andrew Johnson's Polar Bear Garden" because it was a considered a cold wasteland, with only polar bears. Later, though the discovery of gold and oil, it would prove to be a smart move. 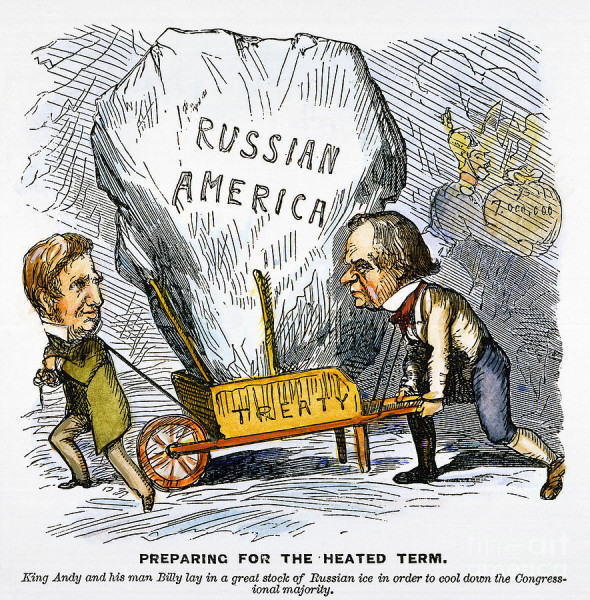 By the turn of the 20th century, a movement pushing for Alaska statehood began. But legislators in the rest of the states were worried that Alaska's population was too small distant, and isolated, and would have to be subsidized by the rest of the nation.

World War II and the Japanese invasion highlighted Alaska's strategic importance, and the issue of statehood was taken more seriously after the war. But it was the discovery of oil at Swanson River on the Kenai Peninsula that changed the image of Alaska.

Eventually, Speaker of the House Sam Rayburn, who had been an ardent opponent of the Alaskan statehood cause, changed his mind and when Congress reconvened in January 1958, President Eisenhower fully endorsed the notion of statehood for Alaska for the first time. Senator Lyndon B. Johnson promised his commitment to the bill but others still stood in the way. Eventually, though, such resistance was able to be bypassed and the House passed the statehood bill. The senate managed to pass the House's bill by a 64-20 vote. On January 3, 1959, after much struggle and through the efforts of many, Alaska finally became the 49th state of the United States of America after President Eisenhower's signing of the official declaration.

President Dwight D. Eisenhower signed the Alaska Statehood Act into United States law on July 7, 1958, which paved the way for Alaska's admission into the Union on January 3, 1959. Juneau, the territorial capital, continued as state capital, and William A. Egan was sworn in as the first governor.

It is not known whether or not Governor Egan could see Russia from his house.