On July 2, 1881 (140 years ago today) President James Abram Garfield was shot twice by assassin Charles Guiteau. Garfield would die from his wounds just over two and a half months later on September 19th. His presidency would last just 200 days. 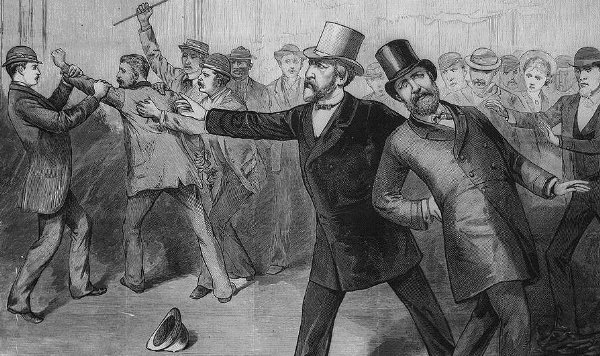 On the morning of July 2, 1881, Garfield was on his way to speak at his alma mater, Williams College in Williamstown, Massachusetts. He was accompanied by Secretary of State James G. Blaine, Secretary of War Robert Todd Lincoln, and his two sons, James and Harry. Garfield was walking through the Sixth Street Station of the Baltimore and Potomac Railroad in Washington at 9:30 a.m., when he was shot twice from behind, once across the arm and once in the back. His assassin, was Charles J. Guiteau, a rejected and disillusioned Federal office seeker.

The delusional Guiteau believed himself entitled to some exalted position in Garfield's administration, even though he was not qualified for such an appointment. Secretary Blaine had denied Guiteau the job of United States consul in Paris, which Guiteau was seeking. Blaine had banned Guiteau from the White House because of his aggressive behavior. Guiteau believed that a short speech he had began to present to a small group of people during the presidential election campaign was the cause of Garfield's election to the presidency and that it justified his appointment. When he did not get the the appointment, Guiteau felt aggrieved. He said that God told him that he could save the party and the nation if President Garfield was "removed."

Guiteau stalked Garfield for weeks, armed with his .44 caliber Webley Bulldog revolver. He had an earlier opportunity to do the deed, but declined to do so because Lucretia Garfield was present at the time and Guiteau did not want to harm her. 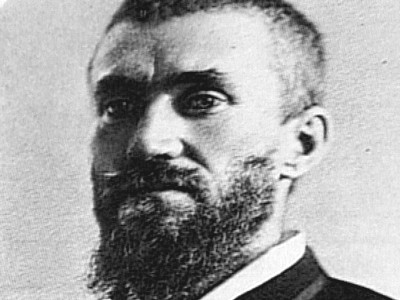 As Guiteau was being arrested after the shooting, he repeatedly said, "I am a Stalwart of the Stalwarts! I did it and I want to be arrested! Arthur is President now!" This very briefly led to unfounded suspicions that Vice-President Chester Alan Arthur or one of his supporters had put Guiteau up to the crime. Guiteau also believed he would be acquitted of any crime.

After he was shot, Garfield said "My God, what is this?" One bullet grazed Garfield's arm. The second bullet was thought later to have possibly lodged near his liver but could not be found. (When an autopsy was later done, the bullet was found behind his pancreas.) Alexander Graham Bell specifically devised a metal detector to try and find the bullet, but the device's signal was distorted by metal bed springs.

Garfield became increasingly ill over a period of several weeks due to infection, which caused his heart to weaken. He remained bedridden in the White House with fever and extreme pain. As the heat of summer became more severe, a Navy engineer installed what was probably the world's first air conditioner in Garfield's bedroom. An air blower was installed over a chest containing 6 tons of ice and connected to the room's heat vent.

On September 6 the ailing President was moved to Long Branch, New Jersey on the Jersey Shore in the vain hope that the fresh air and quiet there might aid his recovery. In a matter of hours, local residents laid a special rail track for Garfield's train.

On Monday, September 19, 1881, at 10:20 p.m. President Garfield suffered a massive heart attack and a ruptured splenic artery aneurysm, following blood poisoning and bronchial pneumonia. Garfield's chief doctor, Dr. Doctor Willard Bliss (yes, his first name was actually Doctor), had unsuccessfully attempted to revive the fading President with restorative medication. Mrs. Garfield leaned over her dying husband, kissed his brow and exclaimed, "Oh! Why am I made to suffer this cruel wrong?" Garfield was pronounced dead at 10:35 p.m. by Dr. Bliss in the Elberon section of Long Branch, New Jersey. Garfield's final words were "My work is done."

According to some historians and medical experts Garfield might have survived his wounds had the doctors attending him used some of today's medical techniques, including the sterilization of medical equipment. Several of his doctors inserted their unsterilized fingers into the wound to probe for the bullet, a common practice in the 1880s. American doctors had not fully accepted the sterilization technique implemented by Joseph Lister during the 1860s. Garfield's autopsy revealed that the bullet missed his spinal cord and did not strike any major organs or blood vessels.

Guiteau was formally indicted on October 14, 1881, for the murder of the President. Although Guiteau's counsel argued the insanity defense, the jury found him guilty on January 5, 1882, and he was sentenced to death. Guiteau was executed on June 30, 1882. 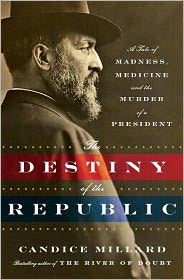 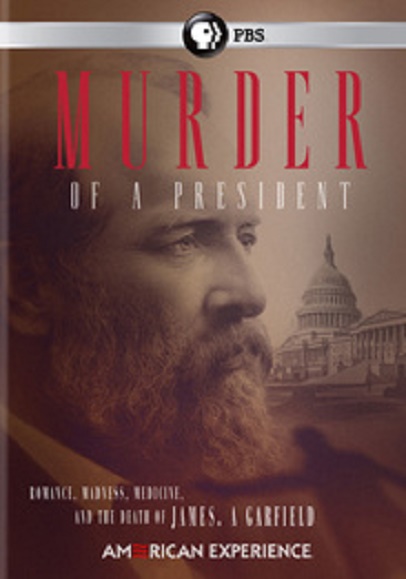