In January of 2019 we examined the second term of each of those presidents who had served multiple terms in office in an effort to determine whether or not those Presidents winning election to a second term suffered a "second term curse" as some historians assert. In the final entry in this series, posted on January 31, 2019, we examined the second term of the last three two-term presidents before stating our conclusions on whether or not the alleged curse was real or imaginary. Here is a repost of that article.

Other than those previously discussed this month, three other Presidents served two full terms as president. Those each was successful in his re-election bid, each also encountered his share of challenges during the second term. 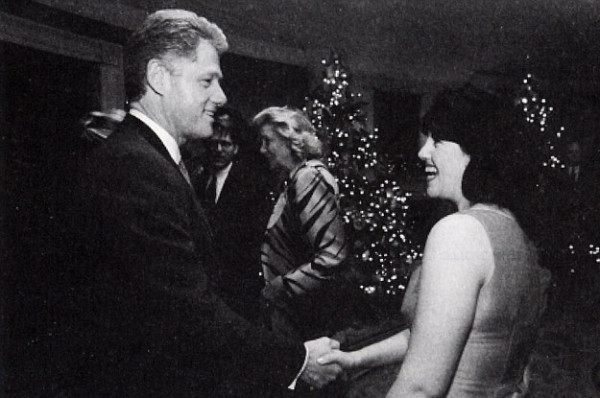 Bill Clinton came the closest to losing his job in his second term thanks to some bad choices involving a White House intern. Clinton was the first Democrat to be elected to a second full term since Franklin Roosevelt. In 1998, Clinton was impeached by the House of Representatives for perjury and obstruction of justice following allegations that he committed perjury and obstructed justice to conceal an affair he had with 22 year old Monica Lewinsky, a White House intern. His integrity suffered a severe blow after he had at first indignantly told the nation on national television that "I did not have sexual relations with that woman, Miss Lewinsky." This proved to be a lie that let to Clinton's impeachment on charges of obstruction and perjury. In his deposition in a lawsuit brought by Paula Jones, Clinton had denied having sexual relations with Lewinsky. The independent evidence proved this to be false. Specifically, a blue dress worn by Lewinsky was stained with Clinton's semen. The dress was provided to Special Prosecutor Ken Starr. It led Starr to conclude that the president's sworn testimony was false and perjurious. In the impeachment proceedings Clinton was acquitted by the Senate. He completed his term in office.

During the last three years of Clinton's presidency, the Congressional Budget Office reported a budget surplus. It was the first such surplus since 1969. Clinton also ordered U.S. military intervention in the Bosnian and Kosovo wars. He participated in the 2000 Camp David Summit to advance the Israeli–Palestinian peace process, and assisted the Northern Ireland peace process. Despite the injury to his reputation caused by the Lewinsky matter, Clinton left office with the highest end-of-office approval rating of any U.S. president since World War II.

George W. Bush was re-elected President in 2004 and in his second term. He faced a spate of problems and challenges in his second term that must have made him feel is his term was in fact cursed. After his re-election, Bush faced increasingly heated criticism over his handling of the Iraq War. Hurricane Katrina struck early in Bush's second term and was one of the most damaging natural disasters in U.S. history. Bush declared a state of emergency in Louisiana on August 27 and in Mississippi and Alabama the following day. He authorized the Department of Homeland Security (DHS) and Federal Emergency Management Agency (FEMA) to manage the disaster. The eye of the hurricane made landfall on August 29, and New Orleans began to flood due to levee breaches. Bush declared that a major disaster existed in Louisiana, authorizing FEMA to start using federal funds to assist in the recovery effort. As the disaster in New Orleans intensified, critics accused Bush for his administration's flawed response to the disaster. Bush was criticized for having appointed incompetent leaders to positions of power at FEMA. His critics claimed that the federal response was limited as a result of the Iraq War. Bush responded by accepting full responsibility for the federal government's failures in its handling of the emergency. 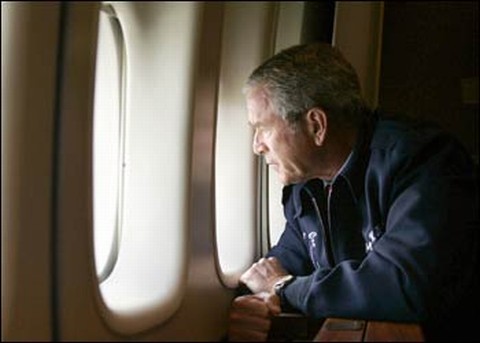 Bush would face an even more challenging problem in December of 2007, when the United States entered its longest post-World War II recession. The problems included a housing market correction, a subprime mortgage crisis, soaring oil prices, and a declining dollar value. In February, 63,000 jobs were lost, a five-year record. Bush signed a $170 billion economic stimulus package which was intended to improve the economic situation by sending tax rebate checks to many Americans and providing tax breaks for struggling businesses. In September 2008, the crisis became much more serious with the collapse of Lehman Brothers and a federal bailout of American International Group for $85 billion. The situation became the worst financial crisis since the Great Depression. In November 2008, over 500,000 jobs were lost, the largest loss of jobs in the United States in 34 years. The Bureau of Labor Statistics reported that in the last four months of 2008, 1.9 million jobs were lost. By the end of 2008, the U.S. had lost a total of 2.6 million jobs. Bush went from being one of the most popular Presidents in history, having received the highest recorded presidential approval ratings in the wake of the 9/11 attacks, to one of the most unpopular, with one of the lowest approval ratings during the 2008 financial crisis.

After winning re-election in 2012, Barack Obama was sworn in for a second term in which political polarization seemed to swell. Divisive issues that pitted liberals against conservatives included Obama's support for same-sex marriage, which was fully legalized in 2015 after the Supreme Court ruled that a same-sex marriage ban was unconstitutional. Obama called for increased gun control in response to the Sandy Hook Elementary School shooting, including a ban on assault weapons. In foreign policy, he ordered military intervention in Iraq in response to gains made by ISIL after the 2011 withdrawal from Iraq. He continued the process of ending U.S. combat operations in Afghanistan in 2016. He also supported the 2015 Paris Agreement on global climate change, and initiated sanctions against Russia following the invasion in Ukraine and again after alleged Russian interference in the 2016 United States elections. He also, brokered a nuclear deal with Iran, and normalized U.S. relations with Cuba.

A number of things went wrong for President Obama in his second term. These included difficulties in the launch of the HealthCare.gov website and numerous other issues with the implementation of the Affordable Care Act. The administration was also embarrassed with the leak of confidential government information by Edward Snowden, a technical contractor for the NSA. Snowden was charged with theft and the unauthorized disclosure of classified information to columnist Glenn Greenwald. Snowden's disclosures were met with mixed reactions from those who called for Snowden to be pardoned, to others who called him a traitor.

President Obama also faced a federal government shutdown in 2013 as Republicans and Democrats were unable to agree on a budget. House Republicans passed a budget intended to defund Obamacare, but Senate Democrats refused to pass any budget that defunded the Affordable Care Act. The two sides eventually agreed to a continuing resolution that re-opened the government and suspended the debt ceiling. The administration faced a number of other criticisms in its second term that included a controversy over the IRS targeting a number of conservative organizations, criticism of the administration's disease control efforts in the wake of the West African Ebola virus epidemic and 2015–16 Zika virus epidemic, terrorist attacks on U.S. soil, including the 2015 San Bernardino attack and the 2016 Orlando nightclub shooting and the NSA's unauthorized surveillance on a widespread scale that included listening in on the private cell phone calls of West German Chancellor Angela Merkel. 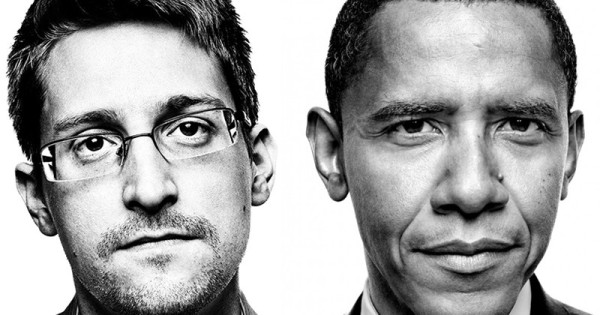 In the final analysis, it seems more likely that, rather than being any sort of a curse, the woes faced by most presidents in their second term come about as the result of a combination of three factors:

(1) Familiarity breeds contempt-Most presidents are unable to control Congress or the economy to the degree necessary to give effect to their lofty campaign promises and vision that attracted voters to them in the first place. For or six years into a president's term, it is unlikely that those voters will continue to be enamored with the candidate turned president and more likely that they feel disappointment over the failure to bring about the better world they believed that they were promised when they first elected that candidate.

(2) Partisanship-The nation has failed to heed George Washington's warnings against political factions and the politics of the nation continue to be more divisive and nasty. The existence of partisan media has made the problem worse such that even the most sainted of presidents is likely to be deluged with repeated public pronouncements that the administration is a dismal failure.

(3) The President's Lame Duck Status-Since the passage of the 22nd amendment, a president can not run for a third term and from the day he wins election to a second term, his days are numbered. It becomes impossible for a president to hold the support of even his own party as those in Congress become quick to jettison the President's agenda for their own self-interest.

In reality, any "curse" that might exist isn't limited to the second term. Just ask all of those presidents who found their first term so challenging that they never got a chance at a second term.
Collapse