In November of 2018 our daily posts looked at a series of international and domestic problematic areas that every President has had to deal with. The series was called "On the President's Desk". It illustrated how difficult the problems of the presidency are, even though social media likes to mock presidents of every political stripe, implying that there are sound-byte sized answers to complex problems. After studying such complex issues as immigration, racism, relations with totalitarian nations, income inequality and mounting debt, the essay reposted below, originally posted in this community on November 30, 2018, sums up what conclusions can be drawn from a considerating of the magnitude of the daunting task of being President of the United States.

Today polarization has become the norm in politics at every level. This is not a new phenomenon. It has existed since the days of Hamilton and Jefferson and probably long before that. Today media presents complex problems in sound-byte form, implying that these problems have sound-byte solutions, when in reality, there are no quick fixes to things like trade deficits or how much protectionism is just right. No one knows for sure if a complete withdrawal from Iraq and Afghanistan would make the nation more or less safe. When will deficit spending reach the tipping point, and is either party really motivated to do something about the debt? Does a large amount of defense spending deter hostile nations with nuclear capability, or does it bring the world closer to world war three? These are not answers with quick fixes. They are made much more difficult when there is hostility in a two party system. 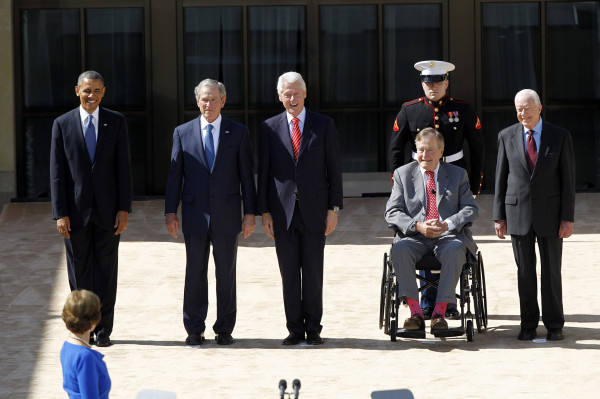 Many Republicans have expressed personal vitriolic hostility towards Jimmy Carter, Bill Clinton and Barack Obama. Many Democrats feel the same way towards Ronald Reagan, both Presidents Bush and now towards Donald Trump. Yet through the lens of history, it is remarkable how many issues these presidents pursued very similar path on, with only subtle differences. Defense spending changed very little under Democrats or Republicans. Candidate Obama promised radical changes in getting American troops out of Iraq and Afghanistan while President Obama kept troop levels similar to those of President Bush, even increasing troop levels at one point. Candidate Trump promised cancellation of trade deals, but ended up keeping them with only minor tweaks. Nations like India, Pakistan, Iran or Saudi Arabia fell in and out of favor with various administrations, not because of political ideology, but because of the exigencies of current circumstances.

But today, vilification of the president of one party by the elected officials, supporters, and supportive media of the other party continues to be a millstone around the necks of those who seek solutions to the problems. The ubiquity of political news, ever since the invention of electronic media, 24 hour news channels, and the internet, have conspired to appeal to emotion rather than reason. The have led to the mass production of hatred and hostility against political leaders, to the point where many people actually believed Barack Obama to be the anti-Christ spoken of in Revelations, and where "Trump Derangement Syndrome" has become a neologism. Social media has created a climate for those who find gratification and a sense of self-importance by making negative public pronouncements. It has not only eroded civility, but also serves to discourage many qualified and capable people from entering public service.

An examination of the problems that have littered the desks of presidents for over two centuries demonstrate the fundamental problem of governance. It was one that George Washington warned about over 220 years ago in his farewell address, especially in his warning against parties or factions. Among Washington’s main themes was the conflict between the unity of the public mind and the public’s tendency toward these “parties,” or “factions” (terms he often used interchangeably). Washington defined “party” or “faction” as the union of individuals who desire to rule without consideration for the lasting common good. He wrote that, without unity of public mind, prosperity and security are impossible. By "unity", Washington wasn't speaking about complete agreement on every issue. He was imagining that citizens would first and foremost consider themselves to be Americans, as opposed to members of a party or faction, whether geographical, ideological, or otherwise.

Washington warned about domination by the spirit of party or faction. He called it a republic’s “worst enemy.” He said that for these factions, their cause “is inseparable from our nature, having its root in the strongest passions of the human mind.” In other words, the passionate attachment to particular parties distorts judgment and obscures rational consideration of the nation’s long-term interests.

Washington wisely predicted that the rule of one party would inevitably result in a spirit of “revenge” on the part of the opposing faction, creating permanent “hatreds” and “jealousies” among the factions. He warned that citizens would cease to look upon one another as fellow citizens and that fanaticism would result. He cautions that government would becomes divided and would be unable to perform its duties. With greater and greater disorder, it was more likely, he warned, that the public would be prone to give over its liberty to a powerful individual.

Washington also warned that the spirit of party would contort or distort the rule of law, which depends on the people’s belief that all citizens are equal before the law. Washington pointed out that factional hatreds corrupt this belief by persuading adherents that only one group is right and just. The result of this is demagoguery. Factions erode the constitutional separation of powers, as a faction finds its home in one of the branches. This leads to what Washington called a “spirit of encroachment.” Many believe that Washington's warning about this has come to pass, with members of the judiciary appointed on the basis of ideological and political belief as opposed to a spirit of complete independence. For example, it has been common for judges on the Supreme Court to vote in blocs according to which party has appointed them. Neither party appears willing to end this practice. Washington said that Constitution has mechanisms for its own amendment. But rather than the nation’s voting to amend it, opposing factions on the court have the ability to control the Constitution's application through its interpretation.

In January 1862, a large group of Philadelphia residents signed a petition requesting Congress to commemorate the 130th anniversary of Washington's birth by reading his Farewell Address "in one or the other of the Houses of Congress.” It was first read in the United States House of Representatives in February 1862, and the reading of Washington's address became a tradition in both houses by 1899. The House of Representatives abandoned the practice in 1984, but the Senate continues this tradition to the present. Washington's Birthday is observed by selecting a member of the Senate to read the address aloud on the Senate floor, alternating between political parties each year.

It is perplexing why the vast majority opts for factionalism, in effect sabotaging solutions to perplexing problems when those solutions are proposed by "the other side". This seems to be a product of human nature. It has been the case since Federalists sought closer ties with England while Republicans sought closer ties with France, both ignoring the wisdom of Washington's admonishment of "foreign entanglements." Today issues such as budgets, appropriate tax levels, reasonable gun control, reasonable health care, and how best to aid Americans in the manufacturing sector are being debated not on their merits following a careful study of the issue, but on sound bytes, tweets and ideology. Washington would not be pleased.

While ordinary people can not apply solutions to the perplexing problems on the president's desk, like a person hitting the Staples "that was easy" button, there is one thing ordinary people can do, something that Washington would approve of. They can restore civility in political discourse. A few simple rules can help immensely:

1. Put principles above personalities. Don't be that guy whose contribution to the discussion is a negative comment attacking the individual. Criticize policies, but give every elected official credit for putting himself or herself out there and for being willing to try to work at solutions to these problems.

2. Don't be against a policy just because your party or faction is. Be a true independent and a thinking person. Be against something because you understand an issue and because you can justify how being against that issue is somehow contrary to the public good. Be able to explain your position in a calm and rational manner and be able to truly tell yourself that your position makes sense to you.

3. Take the time to understand an issue. Don't be for or against something because of what CNN, Fox News or MSNBC tell you in a sound byte or because someone says that "most economists agree". "Most economists" said that globalization and free trade would be good for most Americans. Do you agree with that statement? Understand the issue, and understand the argument of those who take the other side. When you make up your mind on the issue, be able to comfortably and calmly explain why your position makes sense and why it better for the public good.

4. Respect the right of those who hold an opposing point of view to do so. Disagree agreeably. Be civil to those on the other side of an issue, and if they are not, refuse to play their game. 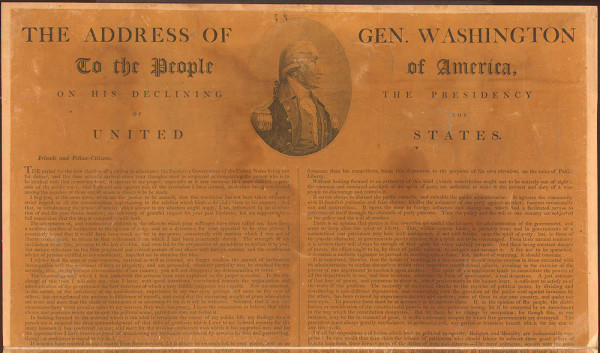 George Washington continues to be revered and admired for his leadership and wisdom. Maybe it's time for the House of Representatives to start reading his final address once again.

I hope this series has helped you to understand the complexity of the problems on the President's Desk, how there are no sound-byte answers to them, and how their solution lies in rationality rather than in emotion.
Collapse