In April of 2018 the theme for this community was the year 1968. It was fifty years later, and we looked back on one of the most epic years in recent world history, with much of the events of that year summarized in the journal entry reposted below, but originally posted on April 1, 2018*.

This month we turn the clock back fifty years* and look at what is undoubtedly one of the most interesting years in recent history: 1968. It was an election year and in the White House, President Lyndon Johnson was beset with difficulties, as his hopes to build the Great Society were pushed aside by the quagmire in Vietnam. A political Lazarus named Richard Nixon, prematurely pronounced politically dead six years earlier, was making an inconceivable and unimaginable political comeback within a Republican Party divided by Barry Goldwater's Conservatives (now touting Goldwater's successor, California Governor Ronald Reagan), and Nelson Rockefeller's liberals. The vast stockpile of political capital bequeathed to the Democratic Party following the assassination of John F. Kennedy was quickly depleting as an unpopular war raged on in Asia and Americans at home struggled to understand why their young men were dying in swamps and jungles on the other side of the world for reasons they couldn't understand. 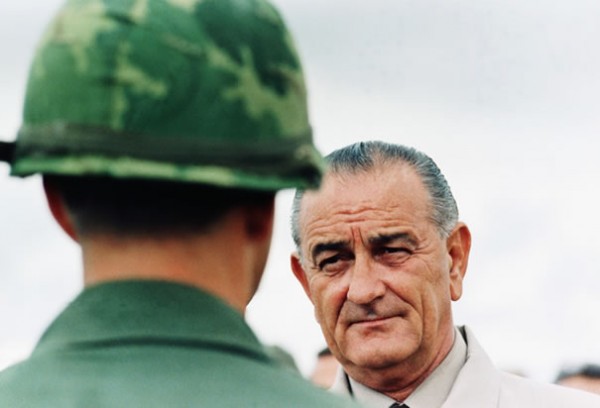 As the war in Vietnam progressed with no end in sight, and as casualties mounted and as the war was brought into everyone's living room, Democrats lost faith in Lyndon Johnson's presidency and saw an opportunity for new leadership in the party. The race to replace Johnson was on, with Eugene McCarthy, Robert F. Kennedy, Hubert Humphrey and George McGovern battling for the heart and soul of the party. 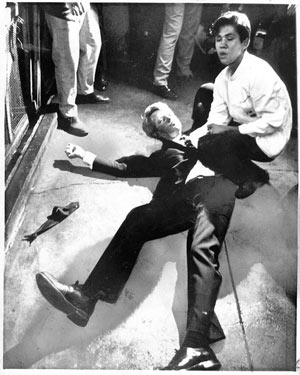 It was a violent year, not only in Vietnam, but at home too. It was a year of assassinations, violent protests against the war on college campuses, and violence in the streets of Chicago when the Democrats met to choose a candidate. The world was changing in other ways too, as the first Prague Spring sought to shake off the bonds of communist rule in Czechoslovakia, the first wave of Trudeaumania hit Canada, and Pope Paul VI made a bold pronouncement on what women could and couldn't do with their bodies. The space race was on between the two super-powers as these two world powers waged a technological battle to determine who would be the first to get to the moon. 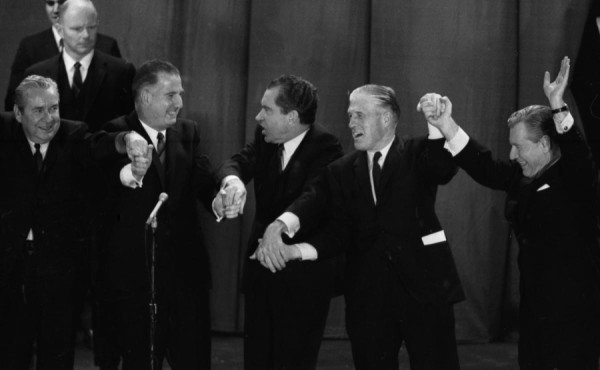 The news wasn't all bad, as a monumental Civil Rights Act was passed, and an epic seven game World Series pitted two pitching sensations against one another, Bob Gibson of the St. Louis Cardinals, and thirty game winner Denny McLain of the Detroit Tigers. Dan Rowan and Dick Martin launched their quick-sketch comedy show Laugh-In, in which Richard Nixon made a brief surprise appearance to utter the show's catch phrase "sock it to me" in the form of a question. TV's Star Trek broke a television barrier as it featured the first interracial kiss between Captain Kirk (William Shatner) and Lieutenant Uhuru (Nichelle Nichols). The war did not prevent the Olympic Games from going on, with the Winter Olympics taking place in Grenoble, France, and the summer games happening in Mexico City, where athletes made political statements along with breaking records. 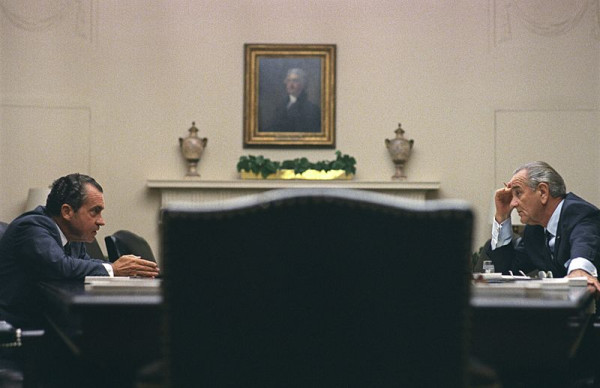 1968 would feature one of the most interesting presidential election campaigns in history, with allegations that Richard Nixon committed treason by sabotaging the Paris Peace Talks in order to gain an electoral advantage and stunt the momentum of his opponent. As we proceed through the 50th anniversary of many of these epic historic events, we will profile many of these events this month in this community, which most of you will be too young to remember, and which others will have lived through.

(*If you're curious about perusing some of the articles that were posted that month, links to all of them can be found here).
Collapse