In March of 2017, our theme was Presidents and Populism. Each day we looked at a different incidence of populism is US Presidential history. When the month was over, we collected our thoughts on the subject on March 31 in the essay that is reposted below.

In this past month we have been looking at the phenomenon of populism and its many incarnations in the history of presidential politics. As has been noted by author John Judis in his recent book The Populist Explosion: How the Great Recession Transformed American and European Politics (reviewed here in this community), we live in an age when populism is on the rise around the world. It merits some understanding. Edmund Burke said that "in history, a great volume is unrolled for our instruction, drawing the materials of future wisdom from the past errors and infirmities of mankind." So what can we learn from the past examples of times in history when populist movements gained national and international attention? 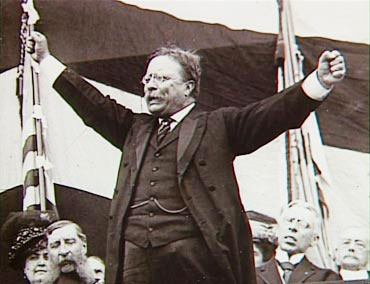 1. Populism is not the same thing as popularity. Populism describes a political movement in which those supporting the movement unite behind a common cause, typically one that adversely affects ordinary persons, those in lower and middle income groups. Populists purport to do battle against an elite, corrupt, and undemocratic power base. Sometimes its the banks or the financial and corporate power base, and sometimes its the elected politicians themselves. They don't often win elections, and they frequently fuel third party campaigns (such as Theodore Roosevelt's Progressives, the Know-Nothing Party, the Greenback Party or Ross Perot's Reform Party). Sometimes they comprise a movement within one of the two major political parties (such as William Jennings Bryan's Silverites, Huey Long's "Share Our Wealth" Society, Strom Thurmond's Dixiecrats, or those supporting Pat Buchanan, Ron Paul or Bernie Sanders).

2. Populism follows on the heels of an economic panic. The theme of Bill Clinton's 1992 campaign was "it's the economy stupid", and it is especially pertinent in preceding a rise in populist sentiment. The panic of 1819 ultimately led to Andrew Jackson's populist victory in 1828. The panic of 1837 was followed by the Log Cabin and Hard Cider campaign of 1840, and by the rise of nativism. The panic of 1873 was followed by the Populist Party and by the rise of the Free Silver movement, the latter becoming stronger following the panic of 1893. The panic of 1893 also highlighted the differing interests between mid-western agrarian America and the eastern corporate establishment, and would continue to spawn populist movements well into the 20th century, including the Progressives and southern populists like Pitchfork Ben Tillman and Thomas Watson. The Great Depression would lead to populists Huey Long, Father Charles Coughlin, Wendell Willkie, and the most successful of them all, Franklin Roosevelt. In response to the high interest rates and rampant inflation of the 1970s, the Reagan Revolution would take place, and later populists like Ross Perot and Pat Buchanan would strike out against the establishment trend towards free trade and the globalism that came with the birth of the internet. In more recent times, in the wake of the sub-prime mortgage crisis and the bail-out of the big banks, populist outrage has prismed into the Tea Party, the Occupy movement, and most recently into the political success of Bernie Sanders and Donald Trump.

3. The shock of populism can reverberate for decades after the panic. As the examples in the previous paragraph show, populist response to the panics of 1873 and 1893 were alive and well up to the first fifteen years of the 20th century. Voters still distrusted their politicians long after the great depression as the 1948 election demonstrated, with voters rejecting the safe choice, as Democrats split in three directions, before supporting Harry Truman, the man who called out the "do-nothing congress" and gave them hell. Even after the economic squeeze of the late 1970s, voters were drawn to populism despite the good times that were emerging in the 1990s. And while the market has rebounded from the crash of 2008, voters both on the left and the right have found populist outlets for their outrage. 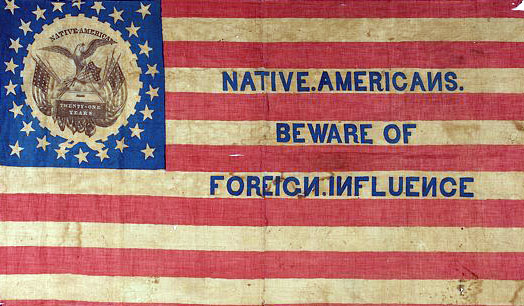 4. Populism frequently sees immigrants to blame for the nation's problems. This was the message of the American (or Nativist) Party in the first half of the 19th century, of Tillman, Watson, Coughlin and more recently in Donald Trump's message on the negative effects of illegal immigrants. Supporters of those positions justify the opposition on economic grounds, arguing that protectionism is necessary for the economic security of Americans, while opponents try to characterize it as a form of racism.

5. Populists also frequently target banks, large corporations and members of congress who are supported by corporate interests. This has often puts the populists at an electoral disadvantage because those are the people who finance ever expensive political campaigns. The election of William McKinley in 1896 is a powerful illustration of this. It will become even more of an obstacle following the US Supreme Court decision in Citizens United. Yet, as we have recently seen in the 2016 election, the candidate who outspends the other isn't necessarily the winner, and populist candidates can get their message out by other means beside money.

6. Populists are almost never incumbents. Because populism is by definition an attack on the establishment, populists are almost never incumbents. Those who get elected as populists quickly learn that it is easier to attack than to govern and in order to remain in power, they must cultivate support from those in Congress or else fail to implement their agenda. Thus far, probably the only exception of an incumbent who campaigned as a populist is Harry Truman, who turned his guns on the do-nothing congress, a message that convinced voters to give Truman another try as President.

7. Populists are usually seen as a protest movement, but they do win sometimes. They will probably win more often as nominations for president are put in the hands of the rank and file voters. It will be interesting to see whether or not the Democratic party keeps the Super-Delegate structure in place, or opts for the more "democratic" model used by the Republicans. While some populists are marginalized, many like Andrew Jackson, William Henry Harrison, Theodore Roosevelt, Franklin Roosevelt or Ronald Reagan have been able to garner sufficient support to carry them on to victory either by simultaneously attracting support of party insiders and the financial establishment, or by convincing the party that they are the most electable option that the party has. Donald Trump's recent victory is unique in that it was achieved despite widespread opposition from the party establishment.

What is the future of populism and the Presidency? Much of this will depend on whether or not the Democratic Party establishment is willing to depart from the Super-Delegate status that was a roadblock to the momentum of Bernie Sanders. Financial boom and bust that has been present throughout history will continue and populism will follow in its wake. The populism that followed the panic of 2008 will not end with the 2016 election. It has become a global trend, as seen in the Brexit vote and with the rise of populist movements in France, Spain, Greece, Denmark, Austria, Italy, and in the Netherlands. Populism may be a factor in the 2020 election, especially within the Democratic Party, where many feel betrayed by the super-delegate structure. Opponents will look for any failures in the Trump administration to convince voters of the folly of populist reactions. 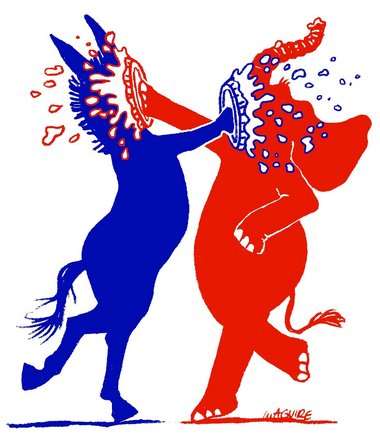 If history continues its past patterns, voters will eventually look for a member of the political or government establishment, as they turned to James Buchanan, Ulysses Grant, Herbert Hoover, Dwight Eisenhower or George H. W. Bush in the past*. How soon that will happen is difficult to predict, and the 2020 election may put the appeal of populism vs. small-c conservatism to the test once again.

(*This was written in 2017. Will Joe Biden be the next example in this phenomenon of returning to an experienced establishment candidate after flirting with populism? Stay tuned.)
Collapse