The title of the book is as modest and as unpretentious as its subject. James Monroe was not the most brilliant President of the United States, which is not to say that he was a stupid man. He was not the most gifted orator, which is not to say that he was incapable of getting his point across. He was not a perfect human being, which is not to say that he was unprincipled, lacked a conscience or acted only out of expedience. His star did not shine as brightly as many of the historical giants who were his contemporaries: Washington, Adams, Jefferson, Monroe, Hamilton, Jackson, Clay or Calhoun. And yet his was a life of tremendous accomplishment and achievement, deserving of the meticulous attention, labor, research and detail that historian Tim McGrath has put into what will surely now become the definitive modern biography of its subject, simply titled James Monroe: A Life. 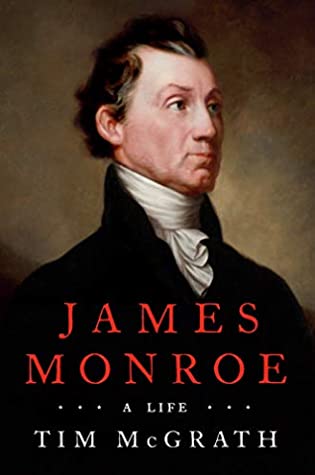 It is remarkable that James Monroe is sometimes seen as such a B-team historical figure, just below the top tier of Presidents, given the very full and active life he lived. The oldest son of a Virginia planter, he was orphaned as a teenager and became responsible for the care of his younger siblings, with the support of a prosperous uncle. He left the College of William and Mary to join the patriot cause in the American Revolution. Nearly fatally wounded at the Battle of Trenton, he later rejoined the army, and spent the winter of 1777-78 with George Washington at Valley Forge. After the war he studied law under Thomas Jefferson, and went to on an illustrious career as a Delegate to the Congress of the Confederation from Virginia, a United States Senator, the United States Minister (similar to an Ambassador) to France and later to Great Britain, and as Governor of Virginia on two separate occasions. He was instrumental in bringing about the Louisiana Purchase. He held the two most important cabinet posts of his time under President James Madison: Secretary of State for six years, and at the same time, Secretary of War for five months during an actual war, the War of 1812, following the burning of Washington.

Monroe served two terms as President from 1817 to 1825, initially presiding over what was known as the "Era of Good Feelings". He inherited a nation recovering from a war that had resulted in a draw and which had left sectional and ideological divisions. Rather than gloat over the decline of his defeated Federalist opposition, Monroe embarked on a national tour of unity on which he was warmly received in the home of his political enemies, commended for his effort to unite his nation rather than take advantage of its divisions for personal political gain. He would be re-elected in 1816, virtually winning every electoral vote, save for that one one contrarian.

As McGrath capably illustrates, Monroe's presidency was not an easy one. At the end of his first term and throughout his second, he would be confronted with a tremendous recession (known in those days as a "panic"), the near break-up of the nation over the issue of slavery, and intense divisions within his own party, creating difficulty in working with Congress, as his political opponents put their own personal aspirations for power ahead of the national interest. Like many early chief executives, the presidency would leave Monroe financially crippled and political infighting would soon divide his party, transforming the era of good feelings into a distant memory. Monroe would also experience personal tragedy that would rob him of his vitality and rapidly age him. What he would retain would be his humility, his singleness of purpose in his dedication to his nation, and his commitment to principle. 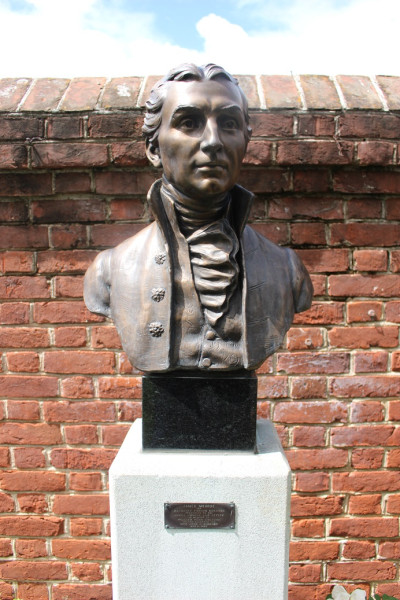 In 586 pages, McGrath is thorough both in his accounts of the events of Monroe's life and times, and in his careful examination of his subject. Those aspects of this biography that make Monroe look like a remarkable leader originate from Monroe's own actions and his character. There are no elements of sycophancy, hero worship or embellishment in McGrath's retelling of Monroe's story. The author does not shy away from the more complex aspects of his subject's life, including the conflict between some of Monroe's expressed opinions on slavery and his practice of owning slaves and of selling them to meet his debts. McGrath is also not shy about about describing those times when he believes that Monroe was either indecisive or just plain wrong, and calling him on it. It is the author's integrity and intellectual honesty, as well as his thoroughness that make this such an outstanding biography, on par with those written by other great historians such as David McCullough, Doris Kearns Goodwin or Ron Chernow.
Collapse