The phrase "unprecedented presidency" should be credited to Washington Post reporter Lillian Cunningham, creator and narrator of the wonderful podcast series "Presidential", who used this phrase for her most recent podcast. That podcast compared some of the more unusual aspects of the Trump Presidency, not the least of which is his use of social media sites such as Twitter. 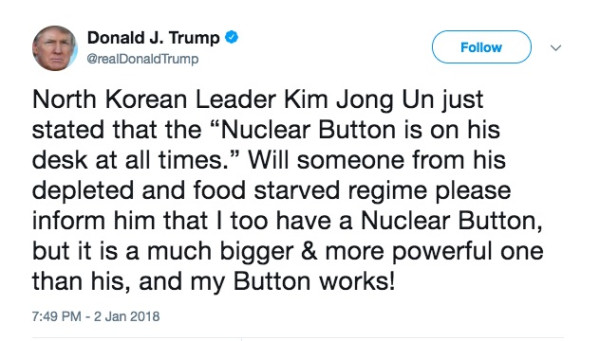 President Trump's use of social media has been one of his strongest methods of attracting attention. He frequently uses Twitter and other social media platforms to comment about other politicians, celebrities, private citizens and daily news, sometimes approvingly, but more frequently to be critical. His twitter profile @RealDonaldTrump has over 82 million followers and has posted over 53,000 tweets as of the date of this entry and many consider his tweets to be official statements by the President of the United States. He has been accused by The New York Times, in an article published November 2, 2019, of having "retweeted 217 accounts that have not been verified by Twitter," at least 145 of which "have pushed conspiracy or fringe content. His tweets resulted in the House of Representatives voting on July 16, 2019 to censure him for "racist comments". A June 2017 Fox News poll, 70 percent of respondents said Trump's tweets were hurting his agenda, and a January 2019 UMass Lowell poll, found that 68% of all respondents surveyed between the ages of 18–37 agreed with the statement that President Trump tweets too much.

It is difficult to pick just one or two of the most controversial twitter messages or subjects, though his tweets concerning North Korea are particularly memorable. In September 2017, President Trump posted tweets about North Korea. On September 19, he tweeted, "we will have no choice but to totally destroy #NoKo", and on September 23, "Just heard Foreign Minister of North Korea speak at U.N. If he echoes thoughts of Little Rocket Man, they won't be around much longer!" "Little Rocket Man" is President Trump's nickname for North Korean leader Kim Jong-un.

Many have speculated that these tweets are used for the purpose or of distracting from negative news or issues, as well as a means of trying to control the news cycle by getting ahead of news day and setting the tone for what will be discussed. It is the opinion of Dan Mahaffee of the Center for the Study of the Presidency and Congress that these tweets are used to distract from pressing national issues. He calls the tweets "as intemperate outbursts or merely stream-of-consciousness responses to current events would thus greatly underestimate their impact and reach." Examples of the use of tweets as a distraction include the President's Twitter attacks against NFL players kneeling during the national anthem as "weapons of mass distraction" in order to divert attention from the humanitarian crisis in Puerto Rico following Hurricane Maria. One reporter observed that "The more time that is spent discussing the president's latest stand-off with the NFL, the less time is spent discussing the Republicans' latest failed efforts to repeal and replace Obamacare, and other administration shortcomings." Philip Bump of the Washington Post called the President's Tweets an attempt to create a distraction at times of unfavorable news related to the investigation by special counsel Robert Mueller.

President Trump is not the first president to make use of this social media. Barack Obama's Twitter account @BarackObama was the official account on Twitter for former President Barack Obama, and was also used for election purposes. Obama also used the White House's Twitter account @WhiteHouse for his presidential activities. As of today, this account has over 120 million followers, giving him the most followed Twitter account. He also follows over 604 thousand accounts. He used Twitter to promote legislation and support for his policies, to communicate with the public regarding the economy and employment, and he used Twitter in his presidential campaigns. During his 2008 campaign the account was often the world's most followed. His account became the third account to reach 10 million followers in September 2011.

@BarackObama was launched on March 5, 2007 but after the 2008 United States presidential election, the Democratic National Committee was believed to have taken over the account. In a speech in November 2009, Obama stated "I have never used Twitter", although he had over 2.6 million followers. He said that the @BarackObama account was "run by #Obama2012 campaign staff. Tweets from the President are signed -bo." 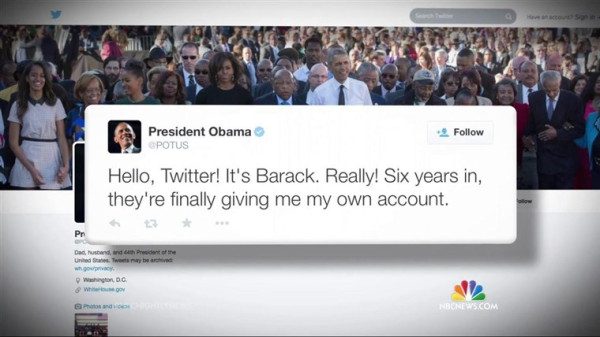 Obama held public forums in which he fielded questions posted on Twitter. On July 6, 2011, he participated in what was billed as "Twitter Presents Townhall @ the White House". The event was held in the East Room of the White House and was streamed online. His average responses were over 2000 characters, but when Speaker of the United States House of Representatives John Boehner tweeted "Where are the jobs?" to the hashtag #AskObama, his response was 3111 characters. Obama started the session with a sample tweet to himself through @WhiteHouse that said "in order to reduce the deficit, what costs would you cut and what investments would you keep – bo".

On July 29, 2011, during the United States debt-ceiling crisis, the account lost over 40,000 followers when the president asked "Americans Friday to call, email and tweet Congressional leaders to 'keep the pressure on' lawmakers in hopes of reaching a bipartisan deal to raise the nation's $14.3 trillion debt limit ahead of an August 2 deadline." Later in 2011, Obama used Twitter again to try to encourage the people to voice their opinion on legislation when he was attempting to pass the American Jobs Act. 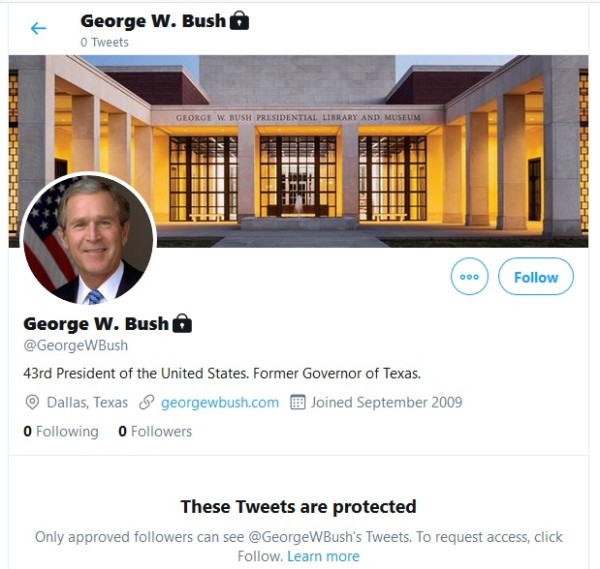 Twitter was launched in March of 2006, and while George W. Bush has a twitter account @GeorgeWBush, it has no followers and follows no one. Tweets are protected, and it is likely that the account was opened simply to prevent others from opening a parody account under that name.
Collapse