We conclude this series by going back to the beginning. A recent biography of George Washington is entitled "You Never Forget Your First" and there must be some truth in that because, while the early years of many of the early Presidents may not be well documented, George Washington's youth seems to have been well chronicled. 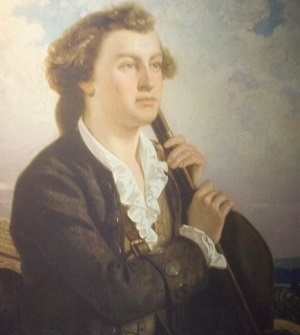 The Washington family had been a wealthy Virginia family and had made its fortune in the buying and selling of land. The family first set foot in the new world sometime in 1656 when Washington's great-grandfather John Washington immigrated from Sulgrave, England, to the British Colony of Virginia. Following his arrival, he managed to amass 5,000 acres of land, including an estate known as Little Hunting Creek, located adjacent to the Potomac River.

George Washington was born February 22, 1732 (February 11th according to the old style Julian Calendar, then in use), at Popes Creek in Westmoreland County, Virginia. He was the first of six children of Augustine and Mary Ball Washington. At the time, English common law meant that Washington was a naturalized subject of the King, as were all others born in the English colonies. Augustine Washington was a justice of the peace and a prominent landowner in the district. Mary was his second wife. He had three children from his first marriage to Jane Butler, who died in 1730. He and Mary were married the following year. The family moved to Little Hunting Creek in 1735 when George was 3, and then to Ferry Farm near Fredericksburg, Virginia, in 1738, when he was 6. Augustine had owned over 10,000 acres of land, over 50 slaves, and the title to an iron mine. When he died on April 12, 1743, the 11 year old George Washington inherited Ferry Farm and ten slaves. His older half-brother Lawrence inherited Little Hunting Creek and renamed it Mount Vernon. (Coincidentally, the day after Augustine Washington died, Thomas Jefferson was born, less than a hundred miles away.)

In 1747, the fifteen year old future President meticulously copied out a list of 110 rules of conduct and civility from a translation of a 17th Century French book on manners. These rules were designed to teach Washington how to be successful by being polite, modest, and attentive to others, an early version of "How to Win Friends and Influence People". The book contained advice such as "Associate yourself with men of good quality if you esteem your own reputation," and how, when in the company of a higher class of gentleman, one should not speak unless spoken to.

From an early age, Washington was concerned about how others saw him. He designed a new coat for himself, giving the tailor exacting instructions on the width of the lapels and the spacing of the buttons. Manners and presenting a good impression were important to him, especially after his older brother Lawrence began to introduce him to Virginia society.

Lawrence was 14 years older than his oldest half-brother, and he became a mentor and role model for Washington. Washington frequently visited Lawrence, and through him, he met Lawrence's brother-in-law George William Fairfax. Fairfax had a young wife named Sally that Washington became smitten with. Washington never attended college, and for the rest of his life he would be sensitive about what he called his "defective education". As a teenager he learned the trade of surveying and in 1748 he joined George William Fairfax on the task of mapping out land in the Shenandoah Valley. Aware of class distinctions, Washington would write snobbishly describing the poorer inhabitants of that region as "a parcel of Barbarians." He helped to survey the new city of Alexandria, and later was appointed county surveyor of Culpepper County. This helped him to earn money to purchase land for himself and by the time he was 18, he owned over 1500 acres of land in Virginia.

In 1751 Washington made his only trip abroad when he accompanied Lawrence to Barbados. Lawrence was dying from tuberculosis and it was hoped that the Caribbean climate would cure his brother's illness. Washington contracted smallpox during that trip. He recovered and was now immunized from the disease, but it had left his face slightly scarred. Lawrence died in 1752, and Washington leased Mount Vernon from his widow. He inherited it after her death in 1761.

By this time Washington had grown to be over six feet tall, with reddish brown hair. He sought to improve his status by following Lawrence's example and joined the military. Travelling to the colonial capital of Williamsburg, he met with Governor William Dinwiddie and was able to obtain a commission in the Virginia militia with the rank of Major. Washington's first assignment was to travel to the Ohio region and deliver an ultimatum to French troops there to vacate the region. At the time the two great world powers Britain and France were at war over control of North America.

Washington delivered the ultimatum, which was rejected by the French commander. He was promoted to Lieutanant Colonel and was given a force of less than 200 untrained men, whose task was the drive the French out. It was the spring of 1754, and the French force was five times as big, aided by local Native tribes. Washington's force happened upon a small French troop and conducted a surprise attack, only to later learn that one of the French soldiers was an envoy with a similar mission to the one Washington had earlier undertaken, delivery of a message to the British to vacate. This surprise attack marked the start of what became known as the French and Indian War.

Washington ordered the construction of a flimsy stockade which he named "Fort Necessity". Some reinforcements arrived, but fewer than Washington had hoped for. The fort was attacked by over 1000 French troops. He lost a third of his men before surrendering and returning home in defeat. In spite of this, he returned home to be hailed as a hero by his fellow Virginians. His British superiors on the other hand looked upon him as unskilled in military command.

Washington remained home, out of the army for a year, before reenlisting as an aide to General Edward Braddock. In the fall of 1755 he was appointed as commander of the Virginia regiment. As the war between Britain and France continued, most of the major battles were taking place further north, but in 1758, Washington was successful in his mission to seize Fort Duquesne from the French, doing so as the French retreated, leaving their fort in flames.

Washington longed for advancement in the British Army, going so far as to design his own officer's uniform as well as the uniform for his troops. He was on a quest for a Royal Commission in the regular British Army. He rode to Boston to meet with the acting commander in chief of British forces in North America. When this mission failed, he tried again, this time riding to Philadelphia, and once again ending up empty handed. But as one of his leading biographers Ron Chernow notes, Washington would never receive the recognition he sought, always being perceived by his British masters as of lower class, a mere colonist, unworthy of the honors he sought. 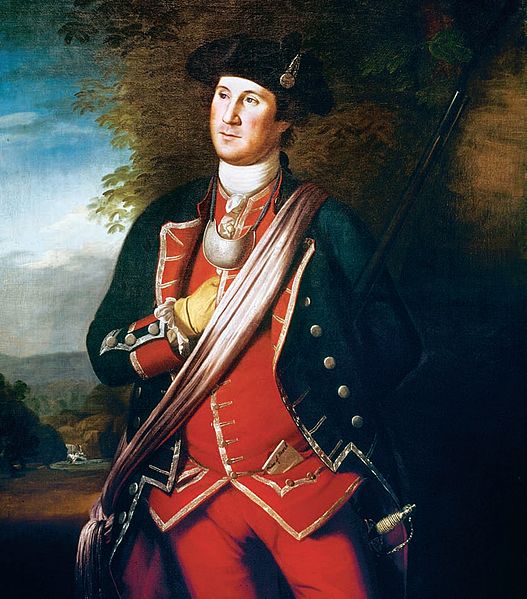 On January 6, 1759, the 26 year old Washington married Martha Dandridge Custis, a 27-year-old widow, whose late husband was the wealthy plantation owner Daniel Parke Custis, who Washington described as "an agreeable consort." Their marriage took place at Martha's estate. She brought with her into the marriage over 6000 acres of land, one hundred slaves, and two children: John Parke Custis (Jacky) and Martha Parke (Patsy) Custis. The did not have any children together, and there is speculation that Washington's bout with smallpox had rendered him sterile, or alternatively that Martha's second experience with childbirth had left her with a medical issue that left her unable to have any more children. The new family moved to Mount Vernon, where Washington took up life as a planter of tobacco and wheat. In 1759 he would be elected to the Virginia House of Burgesses. But he was not done with soldiering, or with politics. He would emerge as a leading military hero of the forthcoming revolution and would also come to be known as the "Father of His Country."
Collapse