When one looks at the life of Harry Truman, it is easy to find reasons why he would probably never become President of the United States. He was not rich, connected, athletic, academically stellar or successful in the business world. He had poor eyesight, never made millions and he certainly had his share of setbacks in life. But he had determination and did not give up on himself, even when many others had. 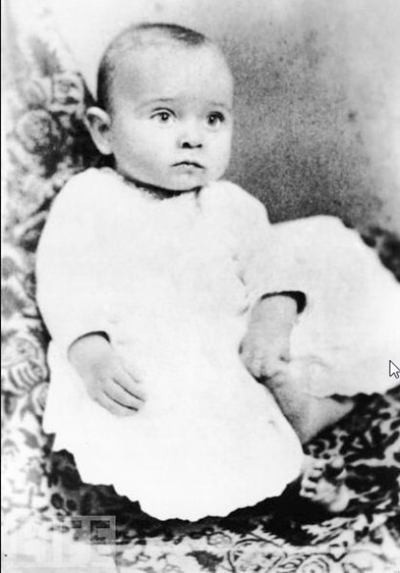 Harry S. Truman was born on May 8, 1884 in Lamar, Missouri. His parents were John Anderson Truman and Martha Ellen Young. He was named for his maternal uncle, Harrison "Harry" Young, but his parents couldn't agree of a middle name, so all he got was a middle initial, "S", to honor his grandfathers, Anderson Shipp Truman and Solomon Young. He was the oldest of three siblings. A brother, John Vivian, was next in the family and he was followed by sister Mary Jane. His first six years of life were spent on a series of farms. John Truman was a farmer and also a livestock dealer. The Truman family lived in Lamar until Harry was ten months old, and then they moved to a farm near Harrisonville, Missouri. After that the family next moved to Belton, and in 1887 to his grandparents' 600-acre farm in Grandview. When Truman was six, his parents moved to Independence, Missouri, the place he always called home.

Independence was a town of 6,000 people. Today it is a suburb just southeast of Kansas City. For his first two years there, Harry attended the Presbyterian Church Sunday School, but did not enroll in the local elementary school until he was eight. Independence had a large Jewish population and as a youth, Harry found work as what was called a "Shabbos goy", which meant that he would do work for his Jewish neighbors that they were prohibited from doing for religious reasons on certain days. He also liked music and as a child he woke up at five a.m. every morning to practice the piano. He took lessons until he was fifteen, and becoming quite a skilled player. 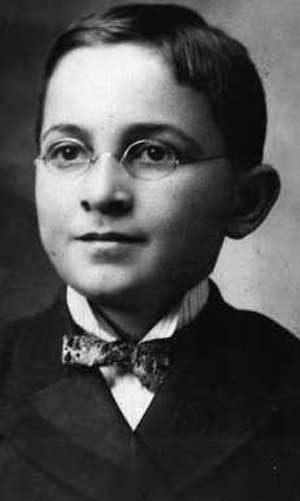 In 1900, the Democratic National Convention was held in Kansas City. Harry Truman's father had many friends who were active in the Democratic Party and 16 year old Harry worked as a page at the convention, at which the great orator William Jennings Bryan was nominated as the Party's Presidential Candidate for the second consecutive time.

Harry Truman graduated from high school the following year in 1901. It was his goal to attend the United States Military Academy at West Point, and he hoped to utilize the political connections he had made. Unfortunately, he had very poor eyesight. A further setback was the state of the family finances. John Truman suffered a series of losses that bankrupted the family. The family could not afford to sent their oldest son to any sort of post-secondary education. Truman is the only president since William McKinley who did not have a college degree.Instead Harry Truman took a job with the Santa Fe Railroad as a payroll clerk. Later he became a bank clerk in Kansas City where he worked until 1906. Truman and his brother Vivian worked as clerks at the National Bank of Commerce in Kansas City. Coincidentally, one of their coworkers, who also lived in the same rooming house, was Arthur Eisenhower, brother of the man who would succeed Truman as President. The job paid reasonably well, but John Truman had resumed farming and needed his son back on the farm. For the next 11 years, that was Harry Truman's job, helping to run the family farm. He did scratch his itch for a military life somewhat by joining the Missouri National Guard artillery unit. He participated in drill sessions and summer encampments, but after two tours of duty he found it was too much to manage along with the demands of the farm.

When he returned to Independence, Truman began courting Bess Wallace. He had known Bess since his school days. She was the oldest of four (she had three younger brothers). Her father had committed suicide in 1903. Truman proposed to Bess in 1911, but she turned him down. Truman was determined to propose again, but he wanted to have a better income than that earned by a farmer.

In 1917, the United States entered the First World War, and Truman re-enlisted in his unit with the National Guard. By now he was a 33 year old farmer, too old to be drafted, but desirous of serving his country. He also had political aspirations, and wrote about them in letters to Bess. Truman had forged friendships with many of the men in the local guard unit, and the practice at the time was for the men to elect their own officers. There was still the issue of his eyesight however. At his induction, his eyesight without glasses was 20/50 in the right eye and 20/400 in the left (past the standard for legal blindness). His vision was too poor to qualify, but he took the test a second time and passed by secretly memorizing the eye chart. He was elected as first lieutenant for his unit.

Truman was sent for training to Camp Doniphan, Fort Sill, near Lawton, Oklahoma, before heading "over there" to France. His regiment became part of the 129th Field Artillery. The regimental commander during its training was Robert M. Danford, who later served as the Army's Chief of Field Artillery and as a mentor to Truman. Truman later said he learned more practical, useful information from Danford in six weeks than from six months of formal Army instruction.

Truman also ran the camp canteen with a man named Eddie Jacobson, a clothing store clerk he knew from Kansas City. The canteen operated by Truman and Jacobson turned a profit. At Fort Sill, Truman met Lieutenant James M. Pendergast, nephew of Tom Pendergast, a Kansas City political boss. This was a connection that would have a profound influence on Truman's political career. In the spring of 1918 Truman was one of about one million soldiers of the American Expeditionary Forces who were in France at the time. Truman was promoted to captain in July 1918 and became commander of Battery D, 129th Field Artillery, 35th Division. The unit had a reputation for discipline problems, and Truman initially struggled to maintain order. In an incident which became known as "The Battle of Who Run", his soldiers began to flee during a sudden night attack by the Germans in the Vosges Mountains. Truman successfully ordered his men to stay and fight. He won the respect of his men by being tough, fair, and leading by example.

Truman's unit joined in a massive assault barrage on September 26, 1918, at the opening of the Meuse-Argonne Offensive. They advanced with over difficult terrain to follow the infantry, and they set up an observation post west of Cheppy. On September 27, Truman ignored orders limiting him to certain targets and he turned his guns on an enemy artillery battery setting up across a river in a position allowing them to fire upon another allied Division. This attack destroyed the enemy battery. His actions were credited with saving the lives of 28th Division soldiers who otherwise would have come under fire from the Germans. Truman was criticized by his regimental commander, Colonel Karl D. Klemm, who threatened to convene a court-martial for not following orders, but it turned out to be an idle threat. During the Meuse-Argonne Offensive, Truman's battery provided support for George S. Patton's tank brigade, and fired some of the last shots of the war on November 11, 1918.

Battery D suffered only one death and one man wounded while under Truman's command in France. He received a commendation from his unit's commanding general. His wartime leadership experience and greatly enhanced and supported his post-war political career in Missouri. His friendship with the Pendergast family didn't hurt either. In May 1919 he was mustered out of the service and returned home to Independence. 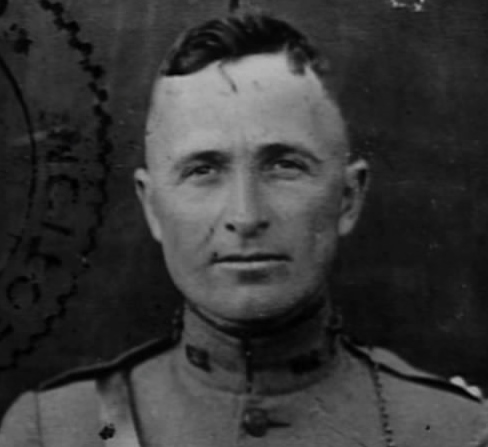 The next month, Truman married Bess Wallace on June 28, 1919, at Trinity Episcopal Church in Independence. He gave up farming for a series of business ventures because he wanted to give his new bride a better standard of living than that provided by a farmer. That didn't go so well. Shortly before the wedding, Truman and his friend Eddie Jacobson had opened a haberdashery together at 104 West 12th Street in downtown Kansas City. The venture had brief initial success, but the store went bankrupt during the recession of 1921. Truman It took until 1935 to pay off the last of the debts from that venture.

Tom Pendergast and his the Kansas City Democratic machine came to Truman's rescue. With their help Truman was elected in 1922 as one of three County Court judges in Jackson County's eastern district. This was an administrative rather than judicial court, similar to county commissioners in many other jurisdictions. Truman lost his 1924 reelection campaign in a Republican wave. He sold automobile club memberships for the next two years, but was convinced him that a public service career was his best bet, as a family man approaching middle age.
Collapse