There are two controversies that surround the birth of Chester Alan Arthur. They are when and where.

The when part concerns the year that Arthur was born. His headstone claims that he was born on October 5, 1830. But almost all of his biographers put the date a year earlier than that at October 5, 1829. That is the date that was recorded in the family bible, and it is doubtful that Arthur's father, Reverend William Arthur would have been careless about that. There are two theories for the discrepancy. The first is that as Arthur grew older, vanity compelled him to lie about his age, as if shaving a year off would make a difference. The second is that as there was controversy about where Arthur was born, the record was clearer that by 1830, the Arthur family, which had lived in Canada at one point, was settled in at North Fairfield, Vermont where the 21st President was born. 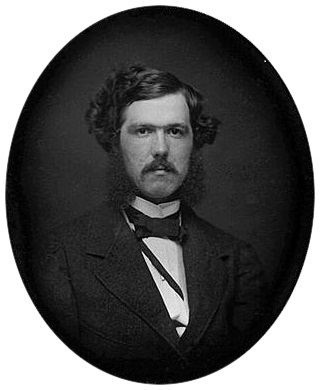 There was also controversy surrounding Arthur's birthplace. His father had met Arthur's mother, the former Malvena Stone, in Durham, Quebec, near the Vermont border. Reverend Arthur was teaching school there at the time. Malvina Stone, was born in Berkshire, Vermont. Her parents were George Washington Stone and Judith Stevens, and her family was primarily of English and Welsh descent. Her grandfather, Uriah Stone, had served in the Continental Army during the American Revolution. Arthur's father, William Arthur, was born in Dreen, Cullybackey, County Antrim, Ireland to a Presbyterian family. He graduated from college in Belfast and emigrated to the Province of Lower Canada (modern day Quebec) in 1819 or 1820. When Arthur ran for Vice-President in 1880, a man named Arthur Hinman would publish a book alleging that Arthur was actually born in Canada and therefore ineligible to serve as Vice-President or President. This "birther" accusation, like another one made 128 years later, would be found to be unsupported by objective facts.

Malvina Stone not only met William Arthur in Dunham, Quebec, but it was there that the two were married on April 12, 1821. They had a very brief courtship. The Arthurs moved to Vermont after the birth of their first child, Regina in 1822, moving frequently due the nature of William being a minister. He moved to where there was a congregation that wanted his ministering or where there was a teaching position for him to take. The family lived in Burlington, Jericho, and Waterville. William contemplated a change of profession and he spent a brief time studying law, but gave up that notion shortly thereafter. It was while William was still living in Waterville, that he gave up both his legal studies and his Presbyterian upbringing. He joined the Free Will Baptist Church and spent the rest of his life as a minister in that sect.

William Arthur became an outspoken abolitionist. This made him unpopular with some members of his congregations and was one of thr reasons for the family's frequent moves. In 1828, the family moved yet again, this time to Fairfield, where Chester Alan Arthur was born the following year. He was the fifth of nine children and was named "Chester" after Doctor Chester Abell, the physician and family friend who assisted in his birth. His middle name Alan was that of his paternal grandfather.

The family moved to New York State in 1839 when he found a tenured position in Union Village, New York. Five years later the family moved to Schenectady. It was then that fifteen year old Chester Alan Arthur enrolled in Union College. He studied classical Greek and Roman literature, but as his biographer Zachary Karabell puts it, "Arthur's passion for Homer, Livy and Cicero was lukewarm at best." He was an average student both in his grades and in his deportment. He graduated in 1848 at age 19.

After finishing college, Arthur taught school for several years. Then in 1854 he pursued an interest that had eluded his father: law. That year he became a law clerk at the office of lawyer Erastus Culver. One thing that the two men had in common was their passion for abolitionism, one that Arthur had inherited from his father. Culver was a strong opponent of the Fugitive Slave Act, legislation which had been passed four years previously as part of the "Compromise of 1850." The law compelled free states to turn in escaped slaves found within their borders. Arthur would earn a reputation as a very capable lawyer, successfully arguing a number of civil rights cases supporting the rights of African-Americans in his state.

In 1854 Congress had also passed the Kansas-Nebraska Act, controversial legislation that purported to let those territories decide for themselves whether they wished to enter the Union as free states or slave states, but which really left them at the mercy of competing interests who wished to influence the outcome. Northern "free-soilers" fought with southern pro-slavery forces in a violent clash to achieve the outcome they desired.

In 1856, Arthur and his law partner and fellow abolitionist Henry Gardner moved to Kansas to lend support to their cause. But Arthur soon learned that the issue was not going to be resolved by debate and he was not a man of violence. He returned to New York a few months later, frustrated by what was taking place in Kansas. When he returned, he joined the newly formed Republican Party. 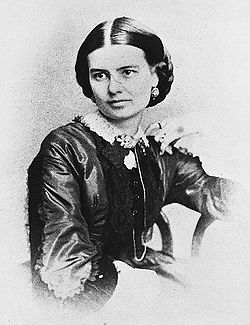 Following his return, Arthur met the lovely Ellen Lewis Herndon, daughter of William Lewis Herndon, a Virginia Naval Officer. He was said to be very much in love with Ellen, who he called "Nell", in spite of her southern roots, and the two were married in October of 1859 at the Calvary Episcopal Church at Fourth Avenue and Twenty-First Street in Manhattan. He bought a home at 34 West Twenty First Street near Union Square.

When the Civil War broke out in 1861, it presented a challenge to this couple. Chester Alan Arthur was an ardent abolitionist and a strong supporter of newly elected President Abraham Lincoln. Ellen Arthur's family supported the Confederacy. Arthur had considered obtaining a commission as an officer in a battlefield unit, but as Zachary Karabell so adeptly puts it, "Civil War between the states was one thing; Civil War at home was another." Nell found the conflict of emotions for her husband and her family to quite stressful, while Arthur tried to address the issue with humor, calling her his "little Confederate" or his "rebel wife". To resolve the issue of how to support the Union cause while keeping the peace at home, Arthur used his connections with Governor Edwin Morgan, who appointed Arthur Chief Engineer and later Quartermaster General for the state of New York. The latter brought with it the rank of Brigadier General, and Arthur would later be referred to by Republican supporters as "General Arthur." In this role he was responsible for the logistics of feeding, housing and supplying several thousand troops. He did so by giving the work to the lowest bidders, adopting a free market oriented solution. He had a reputation for competence and efficiency.

In 1862 however, the Republicans lost the gubernatorial election, and the new Democratic Governor fired Arthur and gave his job to someone else. Arthur resumed his lucrative law practice and used the time to build his connections both in the business world and in the Republican Party. In July of 1863, the Arthur's first-born child William died at the age of two and a half, from an infection that caused an inflammation of the brain. The grief-stricken couple remained in seclusion for several months. 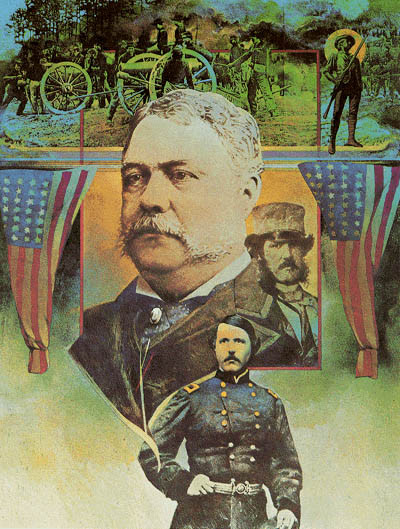 Morgan was returned to the Governor's mansion in 1864 and Arthur had built up a number of powerful connections including with Secretary of State William Seward, party boss Thurlow Weed, and the up-and-coming Congressman Roscoe Conkling. In 1868 when Conkling became a US Senator. A schism developed within the Republican Party between the so-called "Stalwarts" led by Conkling and the "Half-Breeds" led by James G. Blaine of Maine. Arthur showed great prowess as a fund-raiser and formed a strong alliance with Blaine that would prove to be personally lucrative for the Arthurs. It would lead to good things for Arthur, including a well paying position as the Collector of the Port of New York that would greatly increase Arthur's personal wealth. But it would also adversely affect his reputation, giving the impression that he was only in politics to line his own pockets. It was a reputation that he would show to be a mistaken one during his under-rated presidency.
Collapse