Rutherford Hayes never knew his father. Rutherford Hayes Jr., husband to Hayes mother Sophia Birchard, was a Vermont shopkeeper who had moved the family to Ohio in 1817 as what was then called "the west" was beginning to open up. The Hayes family where Presbyterians who came to the United States in 1625 from Scotland to settle in Connecticut. Hayes father clerked in a store in Vermont before going into partnership with his brother-in-law Joseph Noyes to purchase a store in nearby Dummerston. In 1817, he moved his family to Ohio, where he lived in the town of Delaware and bought a farm, and invested in a distillery. In July of 1822, he died from a fever, just 10 weeks before his son, the future President, was born on October 4, 1822. Sophia Hayes never remarried and was left to care for Rutherford (known as "Rud") and his older sister Fanny. Two other siblings had died before Rud was born. 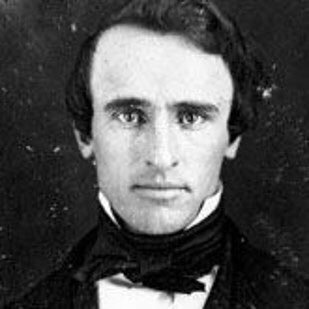 Sophia's husband had been a good businessman and left her some land and an unfinished brick house. The house was complete enough for the family to move into in 1823, though it would not be completely finished until 1828. Hayes maternal uncle Sardis Birchard, a lifelong bachelor, lived with the family and acted as a sort of father figure to young Rud. He was a banker and owned other businesses, and he helped to support the family. The farm was rented out to tenants, and those tenants are credited with giving the Hayes children colored Easter Eggs and this may have led to the tradition Hayes began as President of conducting the annual White House Easter Egg Hunt.

Rutherford Hayes was a sickly child at first, and he was cared for by his sister Fanny. The two siblings formed a strong bond that lasted throughout their lives. Hayes was enrolled at a local school run by a man known for being a stern disciplinarian who administered liberal doses of corporal punishment. In 1834 at age 12, Sophia took the children to visit her relatives in Vermont and Massachusetts and this was said to have began the love of traveling that Hayes came to have.

In 1836 Hayes changed schools, attending Ohio's Norwalk Seminary, a Methodist school. He liked the school much more than his previous one and did very well academically. The following year he transferred to Isaac Webb's school in Middletown, Connecticut, where he studied Latin, Greek and French. Webb wrote to Hayes' uncle Sardis, "Rutherford has applied himself industriously to his studies and has maintained a constant and correct deportment. I think he will avail himself of the advantage of an education and fully meet the just anticipations of his friends. He is well informed, has good sense, and is respected and esteemed by his companions. He is strictly economical and regular in his habits and has established a very favorable character among us."

In 1838, at age 16, Hayes enrolled in Kenyon College at Gambier, Ohio. One again he excelled at his studies and forged friendships that would lead to political connections. While at Kenyon he began keeping a diary that he kept for the rest of his life. He joined the Philomathesian Society, a literary and theatrical organization. He founded a friendship club called Phi Zeta, and honed his skills as an orator. He graduated in 1842, serving as class valedictorian.

Fanny had married William Platt, a jeweler. They lived in Columbus. Hayes planned to become a lawyer, and he began reading law with the firm of Sparrow and Matthews in Columbus. He did so while also learning to speak German. In 1843, financed by his uncle, he enrolled in Harvard Law School. Hayes enjoyed his attendance at Harvard and recalled favorably the lectures of Supreme Court Justice Joseph Story. The weekly routine he followed at Harvard, as recorded in his diary, was a grueling one. Living in Cambridge, Massachusetts also afforded him the opportunity to hear addresses by many famous orators including John Quincy Adams, George Bancroft, Henry Wadsworth Longfellow and Daniel Webster. He also attended plays, including many by Shakespeare.

Hayes completed his time at Harvard in February of 1845 and was admitted to the Ohio state bar in Marietta, Ohio, but opted to practice in Lower Sandusky, later renamed Fremont. His uncle Sardis was living there. In 1847 Hayes contemplated joining the army, in the midst of the Mexican War, but he fell ill, and took a trip to New England instead. This was followed by a trip to Texas with his uncle. When he returned home, he decided to move his law practice to the burgeoning city of Cincinnati. There he joined a literary club and also gave orations himself. His law practice prospered and he was involved in the defense of two high profile murder cases, including one involving a young disabled woman who poisoned a number of her employers. Though she was convicted, Hayes received high marks for the defense he conducted. In another case he defended a woman accused of murder, running an insanity defense. His client was spared the death penalty and sent to an asylum instead. 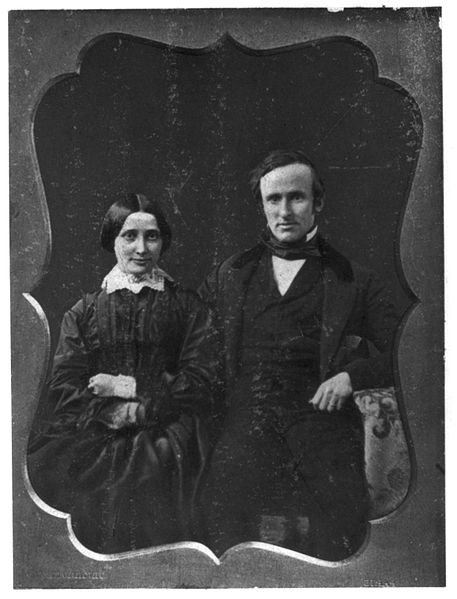 In June of 1851, after a number of other courtships, Hayes proposed to Lucy Webb, of Chillcothe, who had moved to Cincinnati. Appearing reluctant at first, Lucy replied to Hayes profession of love for her, "I must confess, I like you very well." They were married on December 30, 1852 at Lucy's house, in the presence of 30 invited guests. Their marriage lasted for almost 37 years, until her death in June of 1889.
Collapse