Lyndon Baines Johnson was born on August 27, 1908 on a farm located on the banks of the Pedernales River, somewhere between Hye and Stonewall, Texas. The area was so remote that even in an age of rail traffic, no train tracks connected the two communities. The nearest city of any size was Austin, some 60 miles away on today's highways. His parents were Samuel Ealy Johnson, known as Mister Sam, and Rebekah Baines Johnson. He was the eldest of five children. Johnson had one brother, Sam Houston Johnson, and three sisters, Rebekah, Josefa, and Lucia. 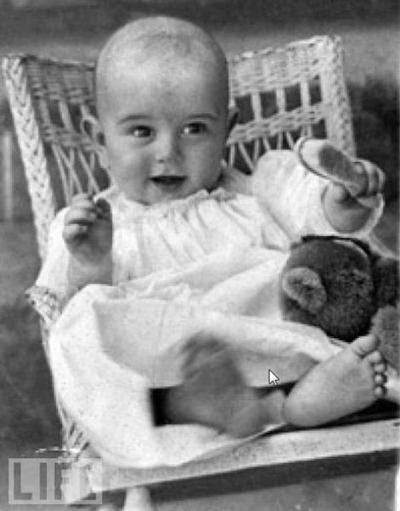 Politics ran in his veins as his father had finishing his second term in office in the Texas State Legislature when LBJ came into the world. His mother was a graduate of Baylor University, at a time when this was exceedingly rate for women, let alone a farm wife. Johnson was proud of his pedigree and he would later claim, "My ancestors were teachers and lawyers and college presidents and governors when the Kennedys in this country were still tending bar." One of those ancestors had even died at the Alamo, according to LBJ.

One of Johnson's earliest memories of his father was the time he gave him a haircut. Johnson said, "When I was four or five I had long curls. He hated them. 'He's a boy,' he'd say to my mother, 'and you're making a sissy of him. You've got to cut those curls.' My mother refused. Then one Sunday morning when she went off to church, he took the big scissors and cut off all my hair. When my mother came home, she refused to speak to him for a week."

This pattern continued as Johnson's father ended the violin lessons that Rebekah had put him in. Eight year old LBJ was okay with this, but as he recalled, "For days after I quit those lessons, she walked around the house pretending I was dead." Some of Johnson's biographers have speculated that Johnson was affected by his mother's tendency to give and withdraw approval, and that it was a train that Johnson himself would demonstrate as an adult, later demonstrating what some called "the Johnson freeze-out." According to Johnston staffer George Reedy, who had known Mrs. Johnson, she was a tough, stern and obstinate woman. Reedy said, "She was an unrelenting snob who reminded everyone in the first few minutes of a meeting that her ancestry included high ranking Baptist clerics and intellectuals." 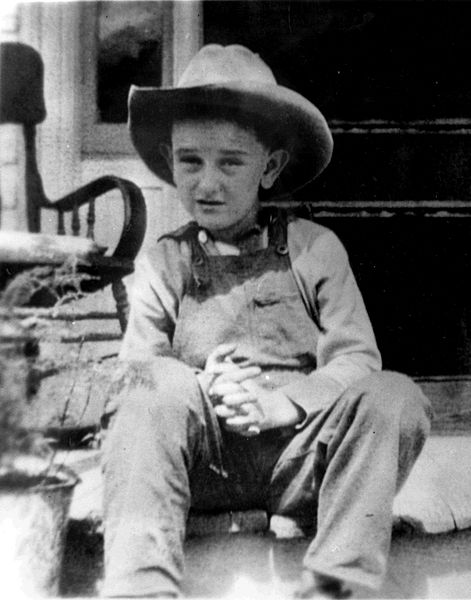 When LBJ was ten, his father was once again elected to the Texas State Legislature after a nine year absence. Young Lyndon Johnson would accompany his father to the state house in Austin watching the debates and observing the political horse trading that his father engaged in. He accompanied his father campaigning out of a Model T and loved to watch Sam Johnson work his magic on his constituents and potential voters. According to LBJ, Samuel Johnson was quite progressive, taking on the KKK who supported his opponent. Sam Johnson was not perfect however and was said to have problems with alcohol, something that caused tension in his marriage. Rebekah was influenced by the Women's Christian Temperance Movement, with the Johnson children caught in the middle of this conflict.

After Lyndon Johnson finished high school at nearby Johnson City (named for another relative), his mother wanted him to go to college, but he wanted to go to California with some friends. He did head out west for sixteen months, but after a series of dead-end odd jobs, he returned home to take a job in road construction. After that he followed his mother's wishes by enrolling in Texas State Teachers College at San Marcos, Texas. The school had low tuition and attracted students from less affluent homes. He made extra money by running errands for the school president Cecil Evans. He was also the summer editor of the school newspaper. While in college he dated Carole Davis, the daughter of a prosperous businessman, and a strong KKK member. The couple broke up, but not until they had attended the 1928 Democratic National Convention together in Houston. Johnson used his status as editor of the school paper to score a press pass and get on the convention floor.

Johnson spent his senior year teaching at the small town of Cotulla, a small Texas community that was primarily populated by Mexican-Americans who were subject to segregation policies. Johnson's students lived in poverty, and he later remarked that he once saw some of his students "going through a garbage pile, shaking the coffee grounds from grapefruit rinds and sucking the rinds for the juice." He had 28 students ranging from grades 5 through 8, many of whom were barely literate. Johnson was said to have demonstrated a good work ethic at the school, arriving early, leaving late, and working on extracurricular activities for the students. He organized a band, a debate club, a baseball team and a choir. He claimed that he spent his first paycheck buying second-hand musical instruments and song books for the choir. Reports from his students describe him as a very dedicated and very popular teacher. The school superintendent called Johnson "one of the best men I've ever known."

Johnson would later cite his experience working with these poverty-stricken children as a motivating factor in his War on Poverty that he later launched as President. When he returned to San Marcos in 1965, after signing the Higher Education Act of 1965, Johnson said, "You never forget what poverty and hatred could do, when you see the scars on the face of a hopeful young child. They never seem to know why people dislike them, but they knew it was so because I saw it in their eyes. I shall never forget the faces of the boys and the girls in that little Welhausen Mexican School, and I remember even yet the pain of realizing and knowing then that college was closed to practically every one of those children because they were too poor. And I think it was then that I made up my mind that this nation could never rest while the door to knowledge remained closed to any American."
Collapse