Alphonso Taft, the father of President William Howard Taft, passed on to his son for an inheritance, a love of the law, a judicial temperament and a calling for public service. Judge Taft the father was born in 1810 in Townshend, Vermont. He acquired a first class legal education at Yale Law School before settling in Cincinnati, Ohio, where he married Fanny Phelps. She also knew something of the law, as her father was also a judge. They had five children together, but only two survived infancy. Fanny died in 1852 and a year later Alphonso married Louisa Maria Torrey, a strong-minded woman who championed the causes of women's suffrage and free education. The couple's first child, a son, died in infancy from whooping cough. On September 15, 1857 their second child, William Howard Taft was born in Cincinnati.

Taft was always known for his massive size, and this was so even as a child. His mother wrote, "he is very large of his age and grows fat every day. He has such a large waist, that he can not wear any of the dresses that are made with belts. He spreads his hands to anyone who will take him and his face is wreathed in smiles at the slightest provocation." Louisa was pleased with her son's pleasant disposition and good humor.

Alphonso and Louisa had three more children: Henry, Horace and Fanny. The family lived in a large Greek revival house with eight bedrooms. The house contained a large library, and as young "Will" as he was called was growing up, he and his father would discuss principles of law, feeding the son's interest in his future calling. Alphonso was a member of the new Republican party, and the Taft library included copies of the Lincoln-Douglas debates, a first printing copy of the Dred Scott decision (with attention drawn to the dissent written by Justice Curtis) and "A Political History of Slavery in the United States." Alphonso later gave some of these books to George Washington Williams, an African-American politician from Ohio. Alphonso had served in the cabinet of Ulysses Grant as Secretary of War and as Attorney General. He was a judge on the Ohio Superior Court and would later serve as Ambassador to Austria-Hungary and to Russia, appointed by Chester Alan Arthur.

Will Taft was raised in the Unitarian Church. He said "I am a Unitarian. I believe in God. I do not believe in the Divinity of Christ and there are many others of the postulates of the orthodox creed to which I cannot subscribe."

Alphonso Taft ran for the Republican nomination for Governor in 1875, losing to Rutherford Hayes. One of his strongest supporters was his son Will. When a newspaper editor published an article critical of Alphonso, Will confronted the man, lifted him off of his feet and threw him violently to the ground. It is not clear what Alphonso thought of this, but the father was not hesitant to show disapproval if his son failed to meet his expectations. This seemed to create an anxiety in Will that can be detected in many of his letters to his family. For example, when Will finished fifth in his class in elementary school, he was chastised by his father who told him "Mediocrity will not do". Taft graduated second in his high school class. Taft earned a place at his father's alma mater, Yale. He wrote to his father: "You expect great things of me, but you mustn't be disappointed if I fail to live up to your expectations."

Taft finished second in his graduating class at Yale, despite occasional bouts of procrastination. While at Yale, Taft was a member of the school's wrestling team and won the Yale Heavyweight championship, weighing in at 225 pounds. He joined the secret society known as Skull and Bones, which his father had helped to found, and he also excelled as a debater. The faculty also thought highly of him. One professor wrote, "He was highly popular with the faculty because he used all his influence to dissuade his fellow students to keep out of scrapes. He always wielded his influence on the ground of order, decency and common sense."

After graduating from Yale in 1878, Taft returned home to Cincinnati where he enrolled in the Cincinnati Law School. While in law school, he worked as a court reporter for the Cincinnati Commercial Tribune. He worked in his father's law firm during the summer of 1879. His father was a strict taskmaster who criticized his son for leaving the office early to watch the traveling Yale boat races. Yet again, Taft had difficulty meeting his father's expectations of him. Alphonso told his son, "I do not think you have accomplished this past year as much as you ought with your opportunities. Our anxiety for your success is very great and I know that there is but one way to attain it, and that is by self-denial and enthusiastic hard work in the profession." 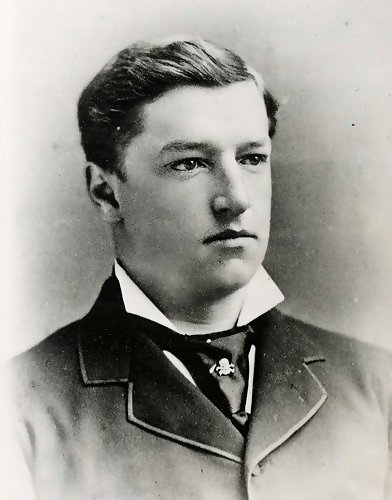