First a note on methodology. For this series, if it happens to be the anniversary of a President's birth or death, then he is also the subject of this Presidents in Their Youth series. And if it is not an anniversary date, I have a deck of cards with the Presidents on them and I draw a card from the deck and whoever is on that card is the subject of this series. Today John Quincy Adams' card was drawn. 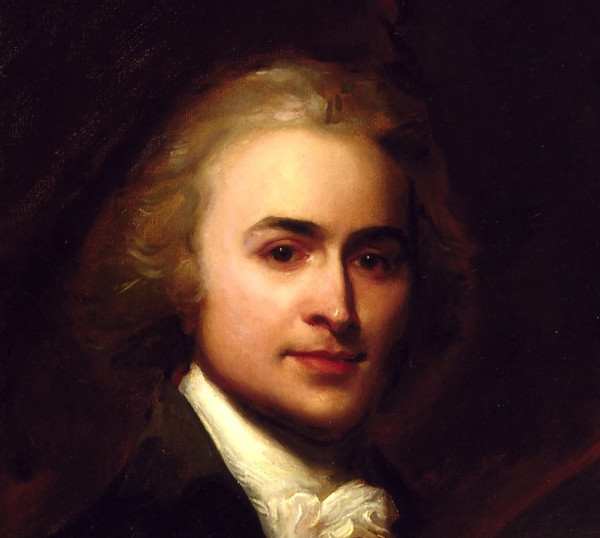 Talk about a president with a pedigree. The Adams family (not the one on TV) were probably the most prominent New England family in history. Henry Adams settled in Braintree, Massachusetts (a city now called Quincy) in 1640. John Quincy Adams was born on July 11, 1767, the son of future President John Adams and the former Abigail Smith in what was then Braintree. He acquired his middle name for his mother's maternal grandfather, Colonel John Quincy, after whom Quincy, Massachusetts was ultimately named. The Colonel died two days after his namesake grandson was born, which was also the day of JQA's baptism. He was the oldest son in the family. His sister Abigail (named after her mother, but called Nabby by her family) was two years older. A sister Susanna was born in 1769, but died the following year. Two younger brothers soon came along, Charles in 1770 and Thomas in 1772. John Quincy was constantly lectured by his parents about how, as the oldest boy in the family, he had to set a good example for his siblings. He was told that he had been born with privileges not afforded to other children and as such, much was expected of him.

When the Revolutionary War began, it is said that Abigail Adams took her oldest son to Bunker Hill on June 17, 1775 to watch the historic battle take place. A close family friend Dr. Joseph Warren was killed in the battle, and Adams later recalled his parents grieving Warren's death. Adams wrote in his diary that after that his made "taught me to repeat daily, after the Lord's Prayer, before rising from bed, the Ode of Collins on the patriot warriors who fell in the war to subdue the Jacobite rebellion of 1745."

Biographer Robert Remini believes that the intense demands placed on the child by his parents caused him to become very introverted and very self-critical. According to Remini, Adams suffered periodic depressive episodes and Adams himself attributed this to his becoming "a man of reserved, cold, austere and forbidding manners" and was aware of the fact that others saw him as such.

From an early age, he took an interest in literature and the arts. He was educated by private tutors, who included his cousin James Thaxter and his father's law clerk, Nathan Rice. By age 12, he began keeping a diary which he kept until just before he died in 1848. He also read the Bible each morning for an hour and studied multiple languages including French, Latin, Greek and German. He later said that he regretted not learning Hebrew so that he might have read the original text of the holy book.

For the first decade of his life, Adams grew up on the family farm in Braintree, care for by his mother. John Adams was usually absent due to his duties during the American Revolution, but father maintained a correspondence with his oldest son. In his letters he encouraging the boy to read works by authors such as Thucydides and Hugo Grotius. John Quiny Adams learned to translate classical authors such as Virgil, Horace, Plutarch, and Aristotle. His father had him read Thucydides History of the Peloponnesian War.

In 1778, Adams and his father departed for Europe, where John Adams was to serve as part of American diplomatic missions in France and the Netherlands. They left Boston on February 1st and arrived in Bordeaux two months later. While abroad, John Quincy continued his studies of French, Greek, and Latin, and attended several schools, including a private boarding school run by Monsieur Le Couer and also Leiden University. He was said to be a quick study who mastered the French language, which pleased his father. They returned home in August of 1779, but this would not be his last trip to Europe. When John Adams returned to Europe, his son once again accompanied him, along with younger brother Charles. The first entry in John Quincy's diary was made on Friday November 12, 1779 as he set sail for his second trip across the Atlantic.

In 1781, at age 14, Adams traveled to Saint Petersburg, Russia, where he served as the secretary of American diplomat Francis Dana. Travelling unaccompanied, he returned to the Netherlands in 1783, with a stop over in Sweden, where he was said to have charmed his hosts. He joined his father, who was sent to Great Britain in 1784. John Quincy Adams enjoyed his time Europe, but his family had other plans for him. It was decided that he needed to return to the United States to complete his education. His parents also hoped that he would embark on a career in law and ultimately in politics. 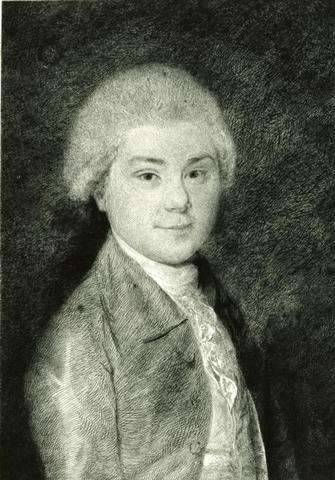 Adams returned to the United States in 1785. He was admitted as a member of the junior class of Harvard College the following year. He was elected to Phi Beta Kappa and excelled academically, graduating second in his class in 1787. After graduating from Harvard, he studied law with Theophilus Parsons in Newburyport, Massachusetts from 1787 to 1789. In 1789 his father was elected as the first Vice President of the United States and the following year John Quincy Adams opened his own legal practice in Boston. Despite some early struggles, he experienced moderate success as an attorney and was able to establish his financial independence from his parents.
Collapse