The first Democrat to be elected President of the United States after the Civil War was born with the name Stephen Grover Cleveland. But he never used his first name, and was always known as Grover. That was the name he called himself. Grover Cleveland was born on March 18, 1837, in Caldwell, New Jersey. His parents were Richard Falley Cleveland, a Congregational and Presbyterian minister from Connecticut, and the former Ann Neal, a native of Baltimore. Cleveland's ancestors on his father's side emigrated to Massachusetts from Cleveland, England in 1635. The future President's great-grandfather was Richard Falley Jr., who fought at the Battle of Bunker Hill. The Neals were Anglo-Irish Protestants and German Quakers from Philadelphia. Cleveland was distantly related to General Moses Cleaveland, the namesake of the city of Cleveland, Ohio. 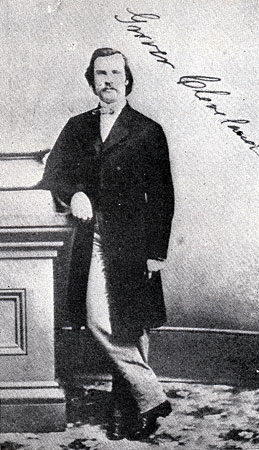 Reverend Richard Cleveland graduated from Yale in 1829 and later that year he was ordained into the Presbyterian Ministry at the Princeton Theological Seminary. 1829 was also the year the Richard married Ann Neal. They had met when he was a tutor in Baltimore. When Richard was assigned to be the pastor at the First Congregational Church at Windham, Connecticut, the congregation was shocked when the pastor's wife came to town accompanied by an African-American servant. The servant was sent back to Baltimore. Pastor Cleveland was later assigned to churches in Portsmouth, Virginia, where the locals were more accustomed to enslaved help. In 1835 he was assigned as pastor of the First Presbyterian Church of Caldwell, New Jersey, where he was mentored by Reverend Stephen Grover, the man for whom the Cleveland's fifth child was named.

In 1841, the Cleveland family moved to Fayetteville, New York, a village in western New York, near Syracuse. Young Grover Cleveland was described by neighbors as "full of fun and inclined to play pranks". He was big for his age and even though he used his middle name, his friends nicknamed him "Big Steve". He attended the Fayetteville Academy where it was said that he was fond of outdoor sports. He was a good student, excelling in mathematics and Latin, and was described as being possessed of strong self-confidence. He liked fishing, a hobby that he carried into his old age.

Cleveland described his home as one of strict discipline. He wrote: "Often and often as a boy I was compelled to get out of my warm bed at night to hang up a hat or other garment which I had left on the floor. The Clevelands had nine children, and Grover and his older siblings were often tasked with helping with the care of the younger ones.

Richard Cleveland's health began to decline and this led to his assignment to a less demanding post with the American Home Missionary Society in Clinton, New York, in 1850, where he worked as the society's district secretary. A clergyman's income was insufficient to support such a large family, and as a result, the family was unable to continue to afford Grover's schooling. He had hoped to attend Hamilton College but instead worked at a two-year mercantile apprenticeship in Fayetteville in the village store. He shared a single unheated room with another clerk and began his work day at 5:00 a.m.

In 1853, Richard Cleveland changed jobs again due to his poor health, taking an assignment in Holland Patent, New York, near Utica. Richard died, three weeks after moving to the community, from a gastric ulcer. This made it impossible for Grover to pursue his goal of attending Hamilton College, as he was needed to help support his mother and siblings. His older brother William was hired as a teacher at the New York Institute for the Blind in New York City, and when William became principal of the school, he obtained a place for Grover Cleveland as an assistant teacher.

Cleveland returned home at the end of 1854. A wealthy Presbyterian elder in his church offered to pay for his college education if he would promise to become a minister. Cleveland declined the offer. In 1855 he moved to Buffalo, New York, where his uncle, Lewis F. Allen, gave him a clerical job. Allen was an important man in Buffalo, and he introduced his nephew to a number of influential men there, including the partners in the law firm of Rogers, Bowen, and Rogers. Millard Fillmore had once worked in that firm. Cleveland took a clerkship with the firm, began to read the law, and was admitted to the New York bar in 1859. 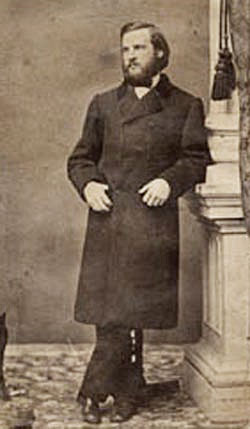 Cleveland worked for the Rogers firm for three years, then left in 1862 to start his own practice. In January 1863, he was appointed assistant district attorney of Erie County. The Civil War was taking place and Congress passed the Conscription Act of 1863, requiring able-bodied men to serve in the army if called upon, or else to hire a substitute. Cleveland chose the latter option. He paid $150 (equivalent to $3,115 in 2019) to George Benninsky, a thirty-two-year-old Polish immigrant, to serve in his place. Benninsky survived the war. As a lawyer, Cleveland adopted a simple lifestyle, living in a boarding house and using his income to the support of his mother and younger sisters.
Collapse