Perhaps one of the most remarkable things about the youth of Dwight Eisenhower is that such a famous general would come from a family of pacifists. It is also somewhat ironic that the General who would be credited with bringing about the defeat of Germany in the second world war was himself of German descent. His family name had been Eisenhauer, a German hybrid word for iron hewer or iron miner. His ancestors had migrated from Karlsbrunn in Nassau-Saarbrücken in the mid 18th century. They settled in York, Pennsylvania, in 1741, and as part of the western expansion opened up by the prevalence of the railways, in the 1880s the family moved to Kansas. It is unclear when the name Eisenhauer was changed to Eisenhower, but it had occurred at least as early as the time of the civil war, when Ike's father, David Jacob Eisenhower, was born in 1863. 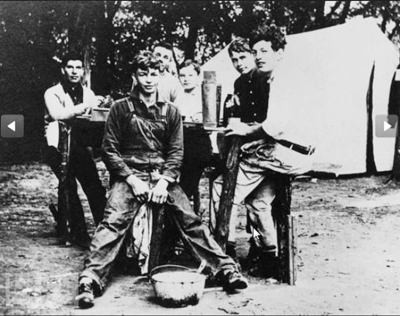 David was a college-educated engineer. David's father had wanted him to remain on the family farm, but love intervened when David met Eisenhower's mother, Ida Elizabeth Stover. She was born in Virginia, of German Protestant ancestry, and had moved to Kansas. Ike's parents were married David on September 23, 1885, in Lecompton, Kansas, on the campus of their alma mater, Lane University. By this time David owned a general store in Hope, Kansas. Economic times were not good and the business failed. The family moved to Texas from 1889 until 1892, and it was there, in Denison, that the couple's third son, David Dwight Eisenhower, was born on October 14, 1890. (His mother later reversed the two names because of confusion between father and son.)

The family moved to Abilene, Kansas (site of Eisenhower's Presidential Library), some sources say in 1891, others say 1892. The family lived in a white frame house on southeast fourth avenue (preserved on the grounds of the Library). His father worked in a local creamery. A regular family event was daily bible readings, read aloud by David. Eisenhower described his parents marriage as "genuine partnership." According to Ike, his father was "the breadwinner, Supreme Court and Lord High Executioner" while his mother was the "family manager and tutor" as well as the "psychologist".

Dwight Eisenhower was known as "Little Ike" and his older brother Edgar was "Big Ike". The nickname "Ike" remained with the future president forever after. They boys were active in sports. Ike as said to sometimes have a temper due to his competitiveness in sports. He was described as being a good student, and was said to have developed an early interest in military history. He recalled becoming familiar with "the battles of Marathon, Zama, Samis, and Cannae". He especially admired Hannibal and George Washington as military leaders. His pacifist mother was said to be of two minds about this. On the one hand she was happy to see him reading so prolifically, but wished he had chosen a different subject of interest. Besides history, he was also said to be good at math and spelling.

As a child, he was involved in an accident that cost his younger brother Earl an eye. Ike was supposed to be watching Earl, but in a moment of inadvertence, the three year old Earl managed to find a knife and irreparably damage one of his eyes. Ike felt immense regret over the incident and he later said that this was an experience that taught him the need to be protective of those under him.

Ike attended Abilene High School where he played baseball and football. He also loved hunting and fishing, and learned to play cards from a local named Bob Davis who camped on the Smoky Hill River. He graduated from high school in 1909. While in his freshman year, he injured his knee. This led to an infection that spread into his groin. His doctor diagnosed this as life-threatening and wanted to amputate Ike's leg. A stubborn Eisenhower refused to agree. It seems that he knew better than his doctor, as he fully recovered, but had to repeat his freshman year. 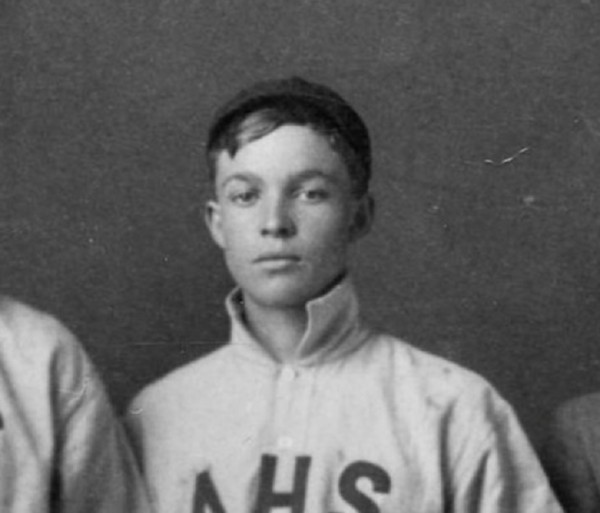 Ike's parents had been members of the River Brethren sect of the Mennonites. But in 1896 Ida joined the International Bible Students Association, later known as Jehovah's Witnesses. The Eisenhower home served as the local meeting hall from 1896 to 1915. Eisenhower himself never joined the International Bible Students. This led to an area of contention between Ida and her son when Ike later decided to attend West Point. Ida said that she believed that was a "rather wicked" pursuit, but she did not overrule his decision. Eisenhower never became affiliated with any formal religious group until 1953 when as President he was baptized in the Presbyterian Church.

Ike and his brother Edgar both wanted to attend college, but they lacked the financial ability to do so. They agreed to alternate years at college while the other worked to earn their tuition. Edgar took the first turn at school, and Dwight worked as a night supervisor at the Belle Springs Creamery. Edgar asked for a second year and Dwight agreed and worked for a second year. In 1911 Ike's boyhood friend Everett "Swede" Hazlett was applying to the Naval Academy at Annapolis. He urged Dwight to apply to the same school, since no tuition was required. Eisenhower asked his Senator Joseph L. Bristow to give him consideration for either Annapolis or West Point. By that time, Eisenhower was among the winners of the entrance-exam competition, but he was past the age limit for the Naval Academy. He accepted an appointment to West Point in 1911, where he played on the school football team in 1912. Omar Bradley was a teammate of his. 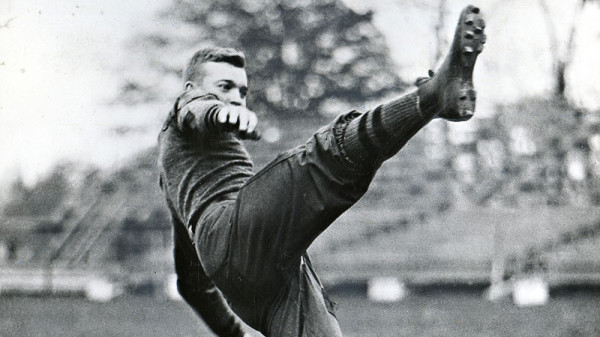 While not a star cadet, he excelled is sports, though Eisenhower later said that "not making the baseball team at West Point was one of the greatest disappointments of my life, maybe my greatest". He made the varsity football team and was a starter at running back and linebacker in 1912. In one game, he tackled the legendary Jim Thorpe. Eisenhower suffered a torn knee while being tackled in the next game, which was the last he played. Eisenhower later served as junior varsity football coach. He graduated in the middle of the class of 1915. His graduating class was later dubbed "the class the stars fell on", because 59 members eventually became generals.
Collapse