What makes a President memorable in the eyes of history? What relegates a president to the ranks of obscurity? I don't pretend to be wise enough to be able to answer that question, but this month we will look back on the legacy of 30 of the 43 presidents who are not as memorable to historians as their more famous colleagues like Washington, Lincoln or Roosevelt. Their selection is being made in a most unscientific manner, akin to how answers are chosen for questions on the game show Family Feud ("survey says...") 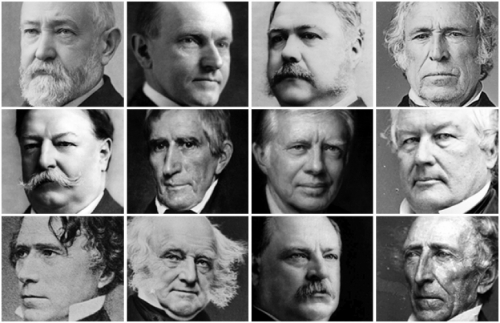 The presidents below are ranked in the order from last to first that their name appears in tags to the entries in this community, from least to first. As of this morning (May 1, 2020), that ranking is as follows:

Those are the 30 presidents who will be profiled this month. It seems a grave error to label many of those as "obscure", especially some of the latter ones. Johnson was the architect of the "Great Society". Wilson built the structure of a lasting foreign policy and Truman shepherded the nation through the transition from wartime to peacetime. All three are included in the Great Courses' series on "Great Presidents". Bill Clinton can hardly be thought of as obscure. Their inclusion is the result of arbitrariness. There are 30 days left in the month, so we'll profile the bottom 30 on the list.

As for who the "top 13" are, many of these will not surprise you, if not for their greatness, then at least for the memorable impressions left by their presidency:

It should be remembered that notoriety should not be confused with greatness. Yet it is fitting that Abraham Lincoln appears at the top of this list. 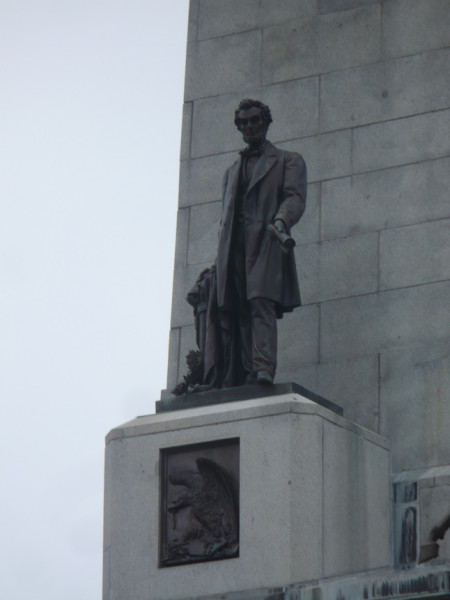 Tomorrow our series begins with a look at the notoriety (or forgettable qualities) of Woodrow Wilson.
Collapse