Harold Stassen's name became synonymous with being the candidate who always ran for his party's nomination, but never won. According to author Michael Cohen in his 2016 book American Maelstrom: The 1968 Election and the Politics of Division, (reviewed here in this community), when Hubert Humphrey was considering breaking with his president on the subject of Vietnam, Johnson told Humphrey that he would become "another Harold Stassen" if he did so. Stassen is even referenced in an episode of the Simpsons. In the ninth episode of season 18, as the character Gil Gunderson makes breakfast for the Simpsons, he asks "Who wants some eggs a la Harold Stassen? They're always running!" 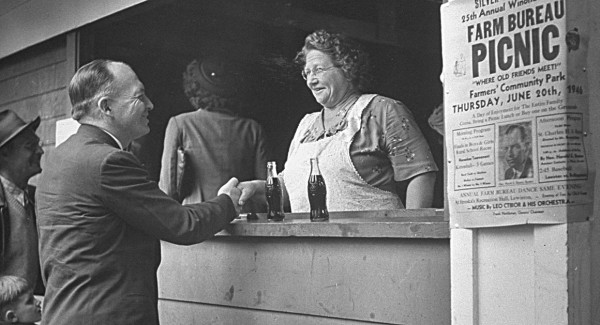 Harold Edward Stassen was not a man without notable accomplishment. He served as the 25th Governor of Minnesota from 1939 to 1943, before serving in World War II. He was also President of the University of Pennsylvania from 1948 to 1953, and at one time he was even considered to be the leading candidate for the Republican nomination for President. But it was his actions in regularly continuing to run for president that his name became most associated with.

Stassen was born on April 13, 1907 in West St. Paul, Minnesota. His father, William Andrew Stassen, served as mayor of West St. Paul. Stassen graduated from high school at age 14. At the University of Minnesota, Stassen made a name as an intercollegiate debater. He was also captain of the champion university rifle team in 1927. He received his law degree in 1929 and he opened a law office with Elmer J. Ryan in South St. Paul that year. Stassen was elected District Attorney of Dakota County in 1930 and 1934. This propelled his political career and in 1938 he was elected Governor of Minnesota as a Republican.

Stassen delivered a rousing keynote address at the 1940 Republican National Convention, elevating his profile within the party. He worked to help Wendell Willkie win the Republican Party (GOP) nomination for the presidency at that convention. Stassen, was reelected as governor of Minnesota in 1940 and 1942. He supported President Franklin Roosevelt's foreign policy and encouraged his state Republican Party to repudiate American isolationism. The subsequent Japanese attack on Pearl Harbor served to vindicate his position. During the 1942 campaign, he announced that, if reelected, he would resign to serve on active duty with the United States Naval Reserve. Stassen held the rank of Lieutenant Commander in the reserve.

Stassen was promoted to Commander and assigned to the staff of Admiral William F. Halsey, Commander of the South Pacific Force, where he served for two years. He left active duty at the rank of Captain in November 1945.

While serving overseas Stassen lost some of his political support within the Republican Party, while candidates like Thomas Dewey benefited from Stassen's absence. Stassen was a delegate at the San Francisco Conference that established the United Nations, and was also one of the US signatories of the United Nations Charter. He served as president of the University of Pennsylvania from 1948 to 1953. In that capacity he attempted to increase the prominence of the university football team, but these efforts met with little success. In 1963, he joined Martin Luther King in his march on Washington, D.C.

Stassen is best known for being a perennial candidate for the Republican Party nomination for President of the United States. In total, he was a candidate for President nine times (1944, 1948, 1952, 1964, 1968, 1980, 1984, 1988, and 1992), but he never won his party's nomination. In 1944 he won the Nebraska primary, but was unable to mount much of a campaign because of his being overseas. Dewey won the nomination in the first ballot. In 1948 Stassen performed much better, winning a stunning upset over Dewey and General Douglas MacArthur in the Wisconsin primary. Stassen's surprise victory ended MacArthur's candidacy. Stassen once again defeated Dewey in the Nebraska primary, making him the new front-runner in the race. But he made a strategic mistake by trying to beat Senator Robert Taft in Taft's home state of Ohio. This stalled Stassen's momentum and earned the hostility of the party's conservatives. In spite of this, Stassen was still leading Dewey in the polls. Dewey spent a large amount of money on campaign ads in Oregon and agreed to debate Stassen in Oregon on national radio. Held on May 17, 1948, it was the first-ever radio debate between presidential candidates. The sole issue of the debate was whether or not to outlaw the Communist Party of the United States. Despite his liberal reputation, Stassen argued in favor of outlawing the party, while the crime-busting Dewey argued against it. Dewey famously stated that "you can't shoot an idea with a gun." Most observers saw Dewey as the winner of the debate, and four days later Dewey defeated Stassen in Oregon. At the convention, Dewey led on every ballot, winning it on the third. Taft finished second each time and Stassen came in third. 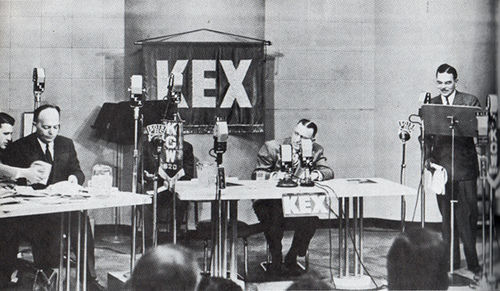 This was followed by a number of electoral defeats for Stassen. Besides losing his subsequent bids for the presidency, he also lost elections for Governor of Minnesota in 1982, for the United States Senate in 1978 and 1994, for Governor of Pennsylvania twice (in 1958 and 1966), for Mayor of Philadelphia in 1959 and for the House of Representatives in 1986.

In the 1952 Republican contest, Stassen released his delegates (all 20 of them) to Dwight D. Eisenhower. His doing so helped Eisenhower to defeat Robert A. Taft on the first ballot. He served in the Eisenhower Administration, as the Director of the Mutual Security Administration (foreign aid) and Special Assistant to the President for Disarmament. At the 1956 Republican Convention, Stassen led an unsuccessful effort to dump Vice-President Richard Nixon from the ticket. 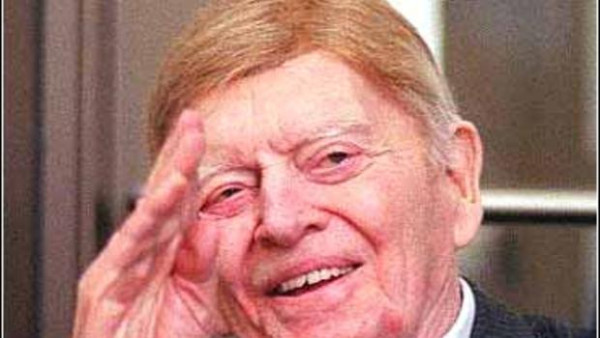 Stassen died in 2001 in Bloomington, Minnesota, at the age of 93. He is buried at the Acacia Park Cemetery in Mendota Heights, Minnesota. When Stassen died, Minnesota Governor Jesse Ventura, another political maverick, said of Stassen, "As Minnesotans, we can be proud of a statesman who never gave up his fight for a better state, a better country, and a peaceful world."
Collapse