Since 1972, the Iowa caucuses have had a 55% success rate at predicting which Democrat will win the party's presidential nomination. The rate is lower for Republicans at 43%. Unlike primary elections which are held in most other states (where registered voters go to polling places to cast ballots) in Iowa, members of each party gather at local caucus meetings to discuss and vote on the candidates. These caucuses are held during both the presidential and midterm election seasons. Registered Iowan voters vote in a precinct caucus for the party for which they are registered as a member. Caucuses are also held to choose delegates for county conventions and party committees. 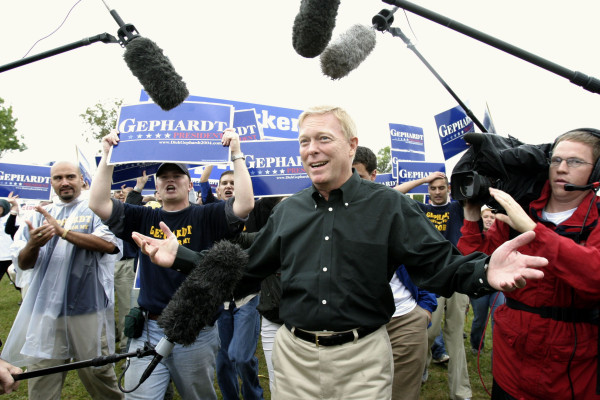 The Iowa caucuses boast that they are "first in the nation". The are the first major contest of the United States presidential primary season. Many suggest that this gives the state a disproportionate influence in presidential selection, since the demographics of Iowa are not representative of the rest of the country. But despite this, the caucuses are still seen as a strong indicator by some of how a presidential candidate will do in later primaries and caucuses. They strongly influence subsequent races and in the past they have provided candidates with momentum going forward. Often candidates who do poorly in the Iowa caucus drop out of the race for President in the following days as the caucuses serve to thin out the herd of those running for President. The caucuses have been criticized by those who think it unfair that a state like Iowa, whose demographics have an 85% population of white voters, should have this first-in-the-nation status.

The 2020 presidential caucuses are scheduled for this coming Monday, February 3, 2020. The caucuses have sometimes dramatically changed the tenor of the contest for president, with one of the best examples of this being the 2004 Iowa Democratic caucuses. These were held on January 19, 2004 and were the first major test of some of the leading contenders for the Democratic Party's presidential candidates. At the time, the major candidates running were Howard Dean, the former governor of Vermont, Senator John Edwards of North Carolina, Representative Dick Gephardt of Missouri, Senator John Kerry of Massachusetts, and Representative Dennis Kucinich of Ohio.

Campaigning for president began quite early during that contest, as many Democrats believed that incumbent President George W. Bush to be vulnerable because of lingering questions about the legitimacy of his victory two years earlier. Bush had won the election despite finishing second in the popular vote, after the US Supreme Court halted a recount of votes in the deciding state of Florida, with Bush ahead on the most recent count. But Bush's popularity had increased to an approval rating of almost 90% following the September 11, 2001 terrorist attacks, though it would later decrease following Bush's controversial decision to go to war with Iraq in 2003. Despite this, the first contenders for the nomination arrived in Iowa almost two years before the caucuses were held. The first to arrive were Dick Gephardt and Howard Dean, who began to make occasional speeches there and started to build an organization in 2002. In 2003, John Kerry, John Edwards, Carol Moseley Braun, and Dennis Kucinich all began to campaign heavily in the state.

Gephardt went into the campaign with considerable optimism. He was from a neighboring state, Missouri, he had strong union backing, and he had won the state in 1988. During 2003, however, Howard Dean began to grow in popularity across the country because of his strong anti-war message that appealed to the party base. Dean was one of the few candidates to vocally oppose Bush's decision to go to war with Iraq. Despite this, Gephardt continued to do well, while Kerry and Edwards initially both sank to single-digit levels of support in early polling. Kucinich and Moseley Braun were never considered strong contenders and polled poorly throughout the campaign.

Three of the Democratic candidates sat out the caucuses. Connecticut Senator Joe Lieberman, who had been the Democratic candidate for Vice-President in 2000, and Reverend Al Sharpton each did not believe they could get sufficient support in the state. Each decided to concentrated his efforts on New Hampshire. General Wesley Clark got into the race too late to be competitive in Iowa.

On January 10, Howard Dean got a major boost when Iowa's senior Senator Tom Harkin endorsed him. On January 15, Carol Moseley Braun withdrew from the race and also threw her support behind Dean. With 9 days to go in the campaign, it looked as if Dean would win the contest. But in presidential politics things have a way of changing quickly sometimes. During the last weeks of the campaign, the polls began to indicate a significant change in support. Dean and Gephardt had been attacking one other with negative advertisements, and both began losing support as a result. This worked to the benefit of the Edwards and Kerry campaigns. Shortly before the day of the caucuses, Edwards received a major boost when he was endorsed by Iowa's largest newspaper.

Just before the caucus, Edwards and Kucinich reached an agreement in which they would ask their supporters to back the other camp in any precinct where they lacked the necessary numbers to qualify for delegates. The campaign hurt most by this deal was Gephardt campaign, which had expected to benefit from pro-union Kucinich supporters.

Last minute polling in the race very closely matched the final results on the night of the caucuses. John Kerry was the unexpected winner of the contest, receiving 37.6% of the caucus votes and 20 convention delegates. Edwards finished second with 31.8%, netting 18 delegates, and Dean came in third at 18.0%, still enough to win 7 delegates. No other candidate won any convention delegates. Gephardt finished a disappointing fourth place with 10.6%.

It was believed that 124,331 Iowans participated in these caucuses. Actual delegates to the Democratic National Convention would be chosen later. Of these delegates, 29 would be picked at the district caucuses on April 24, 2004 and 16 more at the state convention on June 12, 2004.

The Iowa caucuses breathed new life into the Kerry campaign, which appeared to have been stalled before the vote. Kerry went on to win the Democratic nomination that year, while Edwards was able to win the South Carolina primary. For Howard Dean, the results were devastating. He had been expected to win the caucuses, and the loss injured his credibility as a candidate. He hoped to rebound in New Hampshire and regain momentum. At the time, he had raised a lot more money than any other candidate and he had not spent much of it in Iowa. But then came what became known as the "Dean Scream."

Dean's public address following the vote that night was widely rebroadcast. The fact that his voice cracked in the middle of an energetic "whoop" would seem like something innocent and inconsequential, but it was portrayed in the media as a huge gaffe that badly injured his campaign. Dean told his audience: "Not only are we going to New Hampshire, Tom Harkin, we're going to South Carolina and Oklahoma and Arizona and North Dakota and New Mexico, and we're going to California and Texas and New York. And we're going to South Dakota and Oregon and Washington and Michigan, and then we're going to Washington, D.C., to take back the White House! Yeah!"

This final "Yeah!" had an unusual tone that Dean later said was due to the cracking of his hoarse voice. The remark was mocked as the "Dean Scream" or the "I Have A Scream" speech. Comedians and late-night comedy show hosts satirized and mocked Dean and a savage media onslaught followed. Dean himself later referred to it as a "crazy, red-faced rant" on the Late Show with David Letterman. Some in the media acknowledged that the incident had been overblown. Dianne Sawyer later expressed some regret about overplaying the story, and CNN issued a public apology and reluctantly admitted in a statement that they might have "overplayed" the incident. The incessant led to a debate about whether Dean was the victim of media bias. The scream scene was shown an estimated 633 times by cable and broadcast news networks in just four days following the incident.

Here is a video of the famous "Dean Scream":

On January 27, Dean finished second to Kerry in the New Hampshire primary after previously enjoying a 30% lead in New Hampshire opinion polls. Iowa and New Hampshire were the first in a string of losses for the Dean campaign, followed by a third place showing in the Wisconsin primary on February 17. The next day, Dean announced that his candidacy had "come to an end", though he asked people to vote for him, so that Dean delegates would be selected for the convention and could influence the party platform. He later won the Vermont primary on Super Tuesday, March 2.

The results in Iowa were also disastrous for Dick Gephardt. He had previously stated that a win in Iowa was essential for his candidacy and he had been considered to be the front-runner for well over a year. His poor showing in Iowa effectively ended his campaign. He cancelled planned campaign stops in New Hampshire and dropped out of the race on January 20.
Collapse