On three occasions in US history, Congress has attempted to impeach a President: in 1868 (the President was Andrew Johnson), in 1973 (the President was Richard Nixon) and in 1998 (the President was Bill Clinton). There has never been a President removed from office as the direct result of impeachment, and only two Presidents have been impeached (which is the equivalent of being charged): Johnson and Clinton. As evidence of wrongdoing mounted against President Richard Nixon, the House Judiciary Committee commenced an impeachment proceeding against him. Although the House Judiciary Committee approved three Articles of Impeachment against President Nixon, he resigned from his position to avoid being impeached. 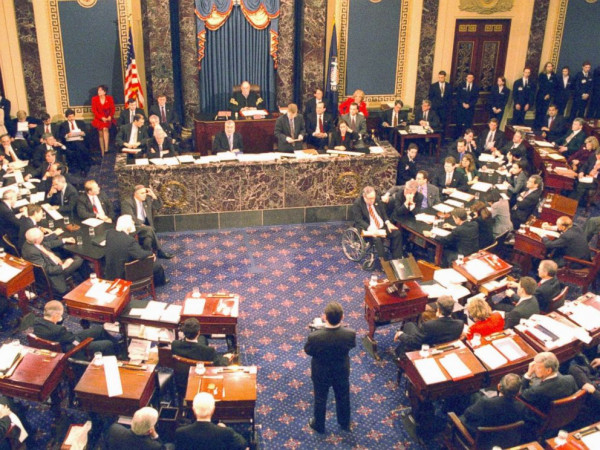 Impeachment is essentially a three stage process. Each stage takes place before a different body of Congress. The first stage (the inquiry into impeachment) takes place before the House Judiciary Committee. This is a standing committee of the United States House of Representatives. It is charged with overseeing the administration of justice within the federal courts, administrative agencies and Federal law enforcement entities. The Judiciary Committee is also the committee responsible for impeachments of federal officials. Because of the legal nature of its oversight, committee members usually have a legal background, but this is not required. Presently, the committee is made of 24 Representatives from the majority party (the Democratic Party) and 17 from the minority (the Republican Party). This committee carries out a formal inquiry on the issue of impeachment. In advance of the formal resolution by the full House to authorize proceedings, committee chairmen have the power for impeachment as for any other issue within the jurisdiction of the committee: to investigate, subpoena witnesses, and prepare a preliminary report of findings.If the judiciary committee is of the opinion that a President has committed treason, bribery or high crimes and misdemeanors, it drafts articles of impeachment. These are then sent to the floor of the House of Representatives to determine if impeachment is warranted.

The second stage takes place before the entire House of Representatives. The House debates each of the articles of impeachment and votes on each of them. The House of Representatives must pass, by a simple majority of those present and voting, articles of impeachment, which constitute the formal allegation or allegations. A proposition to impeach is a question of high privilege in the House and at once supersedes business otherwise in order under the rules governing the order of business. The procedures for impeachment are set out in the House Practice: A Guide to the Rules, Precedents and Procedures of the House, a reference source for information on the rules and selected precedents governing the House procedure, prepared by the House Parliamentarian. This manual has a chapter on the House's rules, procedures, and precedent for impeachment. If a majority passes a resolution approving one or more of the articles of impeachment, the President has been "impeached".

On October 31, 2019, the House voted 232–196 to establish procedures for public hearings in the case of the possible impeachment of President Donald Trump.

The third state of the impeachment process involves a trial, which is held in the United States Senate. The Senate receives the articles of impeachment which have been passed by the House of Representatives and determines the procedure for the trial that will be held in the Senate Chambers. The Chief Justice of the United States Supreme Court presides over the trial. After the trial has concluded the senate must vote on whether to convict or acquit the President on any of the charges set out in the articles of impeachment. Conviction in the Senate requires a two-thirds supermajority vote of those present. If the President is convicted, he is removed from office.

In 1974, as part of the preliminary investigation in the Nixon impeachment inquiry, the staff of the Impeachment Inquiry of the House Judiciary Committee prepared a report, entitled Constitutional Grounds for Presidential Impeachment. The primary focus of the Report was to consider the definition of the term "high Crimes and Misdemeanors" and the relationship to criminality. The Report traced this history from English roots, through the debates at the 1787 Constitutional Convention, and the history of the impeachments before 1974. This report has been updated and revised on several occasions by the Congressional Research Service, and the current version Impeachment and Removal is dated October 2015. While this document is academic only and not a binding precedent, but it is probably the single most influential document on the definition of "high Crimes and Misdemeanors." The Senate also has formal Rules and Procedures of Practice in the Senate When Sitting on Impeachment Trials.

At an impeachment trial in the senate, each side has the right to call witnesses and perform cross-examinations. House members, who are given the collective title of managers. act as prosecutors and present the prosecution case. The President has the right to mount a defense with his own attorneys as well. Senators must also take an oath or affirmation that they will perform their duties honestly and with due diligence.

After hearing the charges, the Senate usually deliberates in private. The Constitution requires a two-thirds super majority to convict a person being impeached. The Senate enters judgment on its decision, whether that be to convict or acquit, and a copy of the judgment is filed with the Secretary of State. If the President is convicted in the Senate, he is automatically removed from office and may also be barred from holding future office. The trial is not an actual criminal proceeding however. The removed official may still be liable to criminal prosecution under a subsequent criminal proceeding. The President may not grant a pardon in the impeachment case. 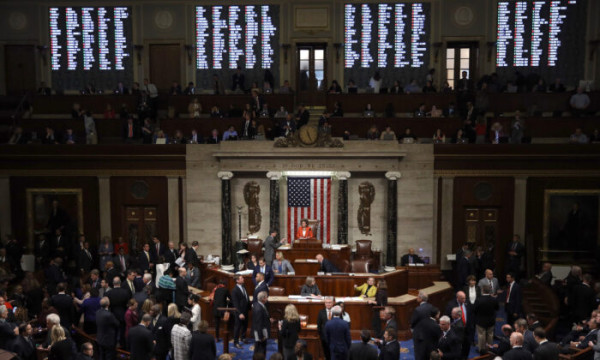 If there is no single charge commanding a "guilty" vote of two-thirds majority of the senators present, the defendant is acquitted and no punishment is imposed.

Behind the cut below is a graphic below was made by Creately Diagramming containing an embeddable flowchart.
( Collapse )
Collapse