It's World Series month, so let's make baseball this community's theme for the rest of this month. It seems fitting with the Washington Nationals going to the World Series.

Herbert Hoover was very accomplished at almost everything he tried, at least before the presidency. When he played on the Stanford University baseball team however, he was, by his own admission, a "not so good" shortstop. 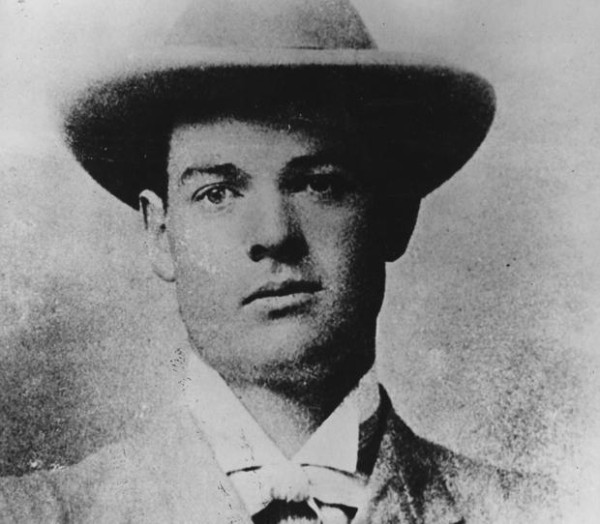 Hoover was born in West Branch, Iowa, where his father Jesse Hoover was a blacksmith and a farm implement store owner. His father died in 1880 when Herbert (known as "Bertie") was five. After working to retire her husband's debts, his mother Hulda died in 1884, leaving nine year old Bertie, his older brother, and his younger sister as orphans.

After a brief stay with one of his grandmothers in Kingsley, Iowa, Hoover lived the next 18 months with his uncle Allen Hoover in West Branch. In November 1885, he went to Newberg, Oregon, to live with his uncle Dr. John Minthorn, a physician and businessman whose own son had died the year before. As a young man, Hoover had little time for sports and recreation. He attended Friends Pacific Academy and worked as an office assistant in his uncle's real estate office, the Oregon Land Company, in Salem, Oregon. He did not attend high school, instead attending night school and learning bookkeeping, typing and mathematics.

Hoover entered Stanford University in 1891, its inaugural year. Hoover claimed to be the very first student at Stanford, by virtue of having been the first person in the first class to sleep in the dormitory. While at the university, he was the student manager of both the baseball and football teams and was a part of the inaugural Big Game versus rival the University of California. In the first volume of his autobiography, "The Memoirs of Herbert Hoover, Volume 1: Years of Adventure 1874-1920", at page 21, Hoover described his brief baseball career in a self-deprecating manner, including this account of a game his college team played against some professional ball players:

"I was for a short time on the baseball team as shortstop, where I was not so good. In full belief in our prowess as a team, we challenged the San Francisco professional team to play us on the campus. They good humoredly accepted, but when the score was something like 30 to 0 at the end of the fifth inning and getting dark, we called it off. In time my colleagues decided that I would make a better manager than shortstop. The job of manager consisted of arranging games, collecting the gate money and otherwise finding cash for equipment and uniforms. On one occasion we played the local team at Santa Rosa. The receipts from the gate were not enough to buy the tickets home. I had to canvass the Stanford parents in the town to raise the deficit. Some of them were caustic persons."

I had heard a story from a volunteer at the Benjamin Harrison Museum in Indianapolis, about Harrison forgetting to pay admission to a ball game at which Hoover was the ticket taker. Hoover includes this story in his autobiography. He writes:

"It was this activity which brought my first contact with a great public man. Former President Benjamin Harrison had been induced by Senator Stanford to deliver a course of lectures upon some phases of government. I profited by the lectures. But then as manager of the baseball team, I had a stern duty to perform. We had no enclosed field. We collected the 25 cents admission by outposts of students who demanded the cash. One afternoon Mr. Harrison came to the game. Either he ignored the collector or the collector was overcome with shyness. Anyway that outpost reported to me that Mr. Harrison had not paid. I collected the money. Mr. Harrison was cheerful about it and bought also an advance ticket to the next week's game. He would not take the fifty cents change from a dollar. But I insisted that we were not a charitable institution and that he must take it. Justice must occasionally be done even to ex-Presidents and I here record that he took two more tickets. Upon this solution he became even more cheerful." 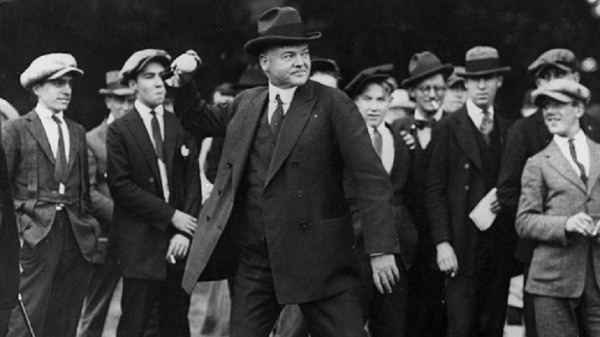 As President, Hoover attended nine major league ball games, including three World Series games. He was often booed when introduced because of the nation's anger over the great depression. Many years later, on August 13, 1960, Hoover threw out the first pitch at an old timers game in Yankee Stadium, when he was eighty-six years old.
Collapse