A century ago in October of 1919, the Cincinnati Reds defeated the Chicago White Sox in what was then a best of nine series, winning in 8 games. It was later discovered that several members of the Chicago franchise conspired with gamblers to throw some of the World Series games. The affair became known as the "Black Sox Scandal". On October 22, 1920, a grand jury handed down indictments of eight players and five gamblers. The indictments included nine counts of conspiracy to defraud. They were acquitted at trial, but in August 1921, despite their acquittal, eight players from the White Sox were banned from organized baseball for fixing the series (or having knowledge about the fix). The story of the Black Sox Scandal is described in a couple of very good books: Eight Men Out: The Black Sox and the 1919 World Series by Eliot Asinof (later made into a movie of the same name) and Rothstein: The Life, Times and Murder of the Criminal Genius Who Fixed the 1919 World Series. 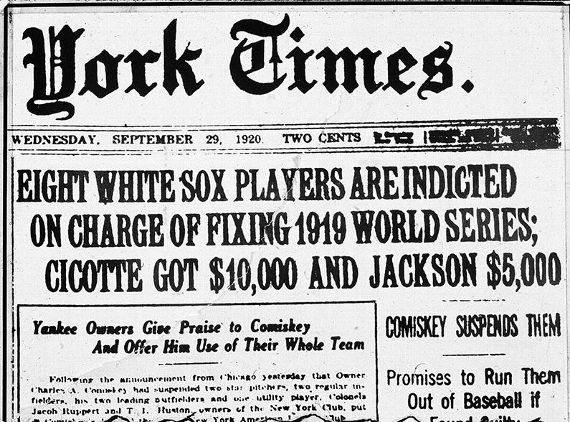 According to author Ryan Holiday in his book Conspiracy: Peter Thiel, Hulk Hogan, Gawker, and the Anatomy of Intrigue, when the series was taking place, future President (then Lieutenant) Dwight D. Eisenhower was following the games in the limited technology of his time, telegram. Although he was a knowledgeable baseball fan and a pretty good ballplayer in his younger days, Eisenhower had no suspicion that that the series was fixed. According to Holiday, Eisenhower "would later remark years later that the revelation of the conspiracy that had thrown the series produced a profound change in his perspective about the world. It taught him never to trust in first appearances."

Eisenhower commented on the Black Sox series in a press conference he held on November 4, 1959, near the end of his presidency. In the press conference, New York Times Reporter James "Scotty" Reston asked the president for his opinion on another scandal, in which it was disclosed that a television quiz show was rigged. In 1956, the television game show Twenty-One featured a contestant, Herb Stempel, who had been coached by producer Dan Enright to allow his opponent, Charles Van Doren, to win the game. Year later, Stempel told the New York Journal-American's Jack O'Brian that his winning run as champion on the series had been choreographed to his advantage, and that the show's producer then ordered him to purposely lose his championship to Van Doren. Match-fixing in another game, Dotto, was publicized in August 1958, leading to a nine-month long County of New York grand jury. No indictments were handed down, and the findings of the grand jury were sealed by judge's order. A formal congressional subcommittee investigation began in summer 1959. Enright was found to have rigged Twenty-One. Van Doren also eventually came forth with revelations about how he was persuaded to accept specific answers during his time on the show. The scandal was the subject the 1994 movie Quiz Show.

In the press conference, Reston asked President Eisenhower if Ike believed that the scandal had wider implications for the country. It was then that Eisenhower alluded to the Black Sox. He told Reston how it was the Black Sox scandal that had first taught him to never accept things at face value. He went on to say: "I think I share the general American reaction of almost bewilderment that people could conspire to confuse and deceive the American people." He later said, in answer to a question put by ABC newsman Edward Morgan, that "Selfishness and greed are, occasionally at least, get the ascendancy over those things that we like to think of as the ennobling virtues of man, his capacity for self-sacrifice, his readiness to help others, and so I would say this: the kind of things that you talk about do remind us that man is made up of two kinds of qualities." 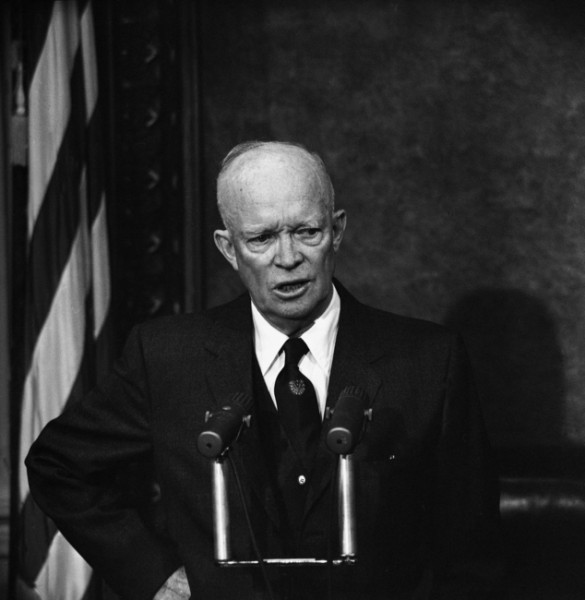 Little or no acknowledgement of the Black Sox scandal has been made by Major League Baseball despite this being the centennial of the series and despite the incident being such a monumental part of the history of the game. This is unfortunate, as there are lessons to be learned from the event that are relevant to this day. The event's significance is apparent from how it shaped the thinking of a future president.
Collapse