On a scale of 1 to 10 (10 being best), how would you grade Warren Harding, based on the performance of his duties as President? You can go to this link to vote. There are many similarities between the Presidencies of Warren Harding and that of Ulysses Grant. Like Grant, Warren Harding is usually ranked in the lowest tiers of Presidents because of the numerous scandals that plagued his administration. Like Grant, Harding was not personally implicated for any dishonest act in any of these scandals. Also like Grant, Harding's reputation has enjoyed somewhat of a rehabilitation in more recent times because of the progressive approach (for its time) that Harding took in the field of civil rights. Author James David Rosenalt gives this more complimentary assessment of Harding in his 2009 book The Harding Affair (reviewed in this community here). It's one I tend to agree with. Robenalt writes at pages 3-4:

He had a rare political attribute: courage. In his first address to Congress, he asked for the passage of an anti-lynching law. Six months after taking office, he was the first sitting president to travel into the deep south to make a bold civil rights speech. Democracy was a lie if blacks were denied political equality, he told an enormous crowd separated by color and a chain-link fence in Birmingham, Alabama. A few months later, on his first Christmas in the White House, he pardoned Socialist leader Eugene Debs, who was rotting away in an Atlanta prison. Debs's crime? He spoke out against the draft and the war after America entered the conflict. 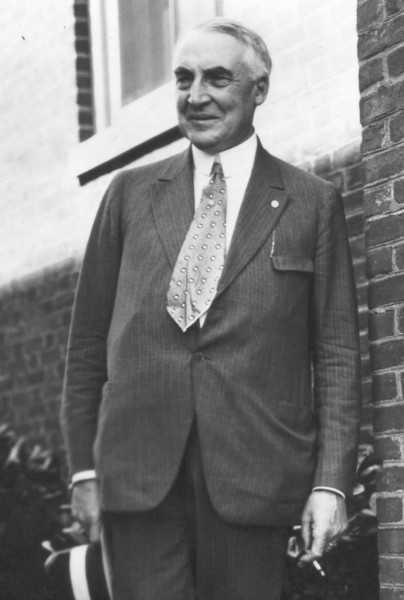 Harding served as President from his inauguration in 1921 until his death in 1923 and a member of the Republican Party. At that time, he was one of the most popular U.S. presidents, but the subsequent exposure of the many scandals that took place under his administration, such as the famous "Teapot Dome" scandal, eroded his popular regard. His reputation took another hit when revelations of his affair with Nan Britton came to light, and even later in more recent times, when it was proven through DNA analysis that he was the father of Britton's child. Because of all of this, in historical rankings of the U.S. presidents, Harding is often rated among the worst.

Warren Gamaliel Harding was born and raised in rural Ohio, where he lived all his life, except when political service took him to Washington. As a young man, he bought The Marion Star, which he built it into a successful newspaper. In 1899, he was elected to the Ohio State Senate and after four years there, he successfully ran for lieutenant governor of Ohio. He ran for governor in 1910, but was defeated in his bid. Four years later he was elected to the United States Senate in 1914.

Harding ran for the Republican nomination for president in 1920. He was considered to be a long shot until after the convention began. But the leading candidates could not gain the required majority and the convention deadlocked. Harding's support gradually grew until he was nominated on the 10th ballot. During the election campaign, he conducted a front porch campaign similar to that of fellow Ohioan William McKinley. For most of the campaign he remained in Marion and let the people to come to him. Harding ran on a theme calling for a "return to normalcy", urging the nation to return to the way it was before the first world war. He won in a landslide over Democrat and fellow Ohioan James M. Cox. Harding became the first sitting U.S. Senator to be elected president.

Harding appointed a number of well-regarded men to his cabinet, including Andrew Mellon at the Treasury, Herbert Hoover at Commerce and Charles Evans Hughes at the State Department. He convened the Washington Naval Conference of 1921–1922, in which the world's major naval powers agreed on a naval limitations program that lasted a decade. But his downfall was some of the men he mistakenly placed his trust in. Two members of his cabinet were implicated in major incidents of corruption. His Interior Secretary Albert Fall and his Attorney General Harry Daugherty were especially corrupt. Full details of the resulting scandals did not come out until after Harding's death, nor did word of his extramarital affairs. These issues greatly damaged his reputation after his death. Harding died of a heart attack in San Francisco while on a western speaking tour, and was succeeded by his vice president, Calvin Coolidge.

At the time of his unexpected death, Harding was deeply mourned. He was considered to be a man of peace by many European newspapers. His Secretary of State, Charles Evan Hughes, said, "I cannot realize that our beloved Chief is no longer with us." Flattering accounts of Harding's life were published at the time of his death, such as Joe Mitchell Chapple's "Life and Times of Warren G. Harding, Our After-War President", published in 1924. But as news of the scandals came out, the Harding administration soon became synonymous with corruption and scandal. Books written in the late 1920s were more critical of Harding, such as Masks in a Pageant, by William Allen White, which mocked Harding. Samuel Hopkins Adams wrote a fictionalized account of the Harding administration, called Revelry. Then came publication of Nan Britton's bestselling book entitled "The President's Daughter" which disclosed the affair she and Harding had. President Calvin Coolidge, not wishing to be further associated with his predecessor, refused to dedicate the Harding Tomb. 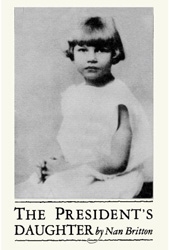 Former Nixon White House Counsel John Dean is an admirer of Harding's and has called the works of White and Adams "remarkably unbalanced and unfair accounts, exaggerating the negative, assigning responsibility to Harding for all wrongs, and denying him credit for anything done right. Today there is considerable evidence refuting their portrayals of Harding. Yet the myth has persisted."

Harding's death gave rise to a number of conspiracy theories that he may have been murdered. This theory has never been taken seriously. The leading proponent of this theory was a former FBI agent with a reputation for dishonesty named Gaston Means. Means wrote a book entitled "The Strange Death of President Harding" in which he suggested that Harding had been murdered by first lady Florence Harding, who refused to consent to an autopsy following the strange circumstances of her husband's death. Means served a two year sentence for perjury and was considered to be a notorious con man.

The opening of Harding's papers for research in 1964 spawned more Harding biographies. The most controversial was Francis Russell's "The Shadow of Blooming Grove (1968), which made the argument that the rumors that Harding had African-American ancestry adversely affected Harding's judgement. This was what the word "shadow" in the title alluded to. A more credible biography of Harding was written in 1969 by Robert K, Murray called "The Harding Era". It took a more positive view of Harding considered him in the context of his times. In 2004, John Dean wrote the Harding volume for The American Presidents series more charitable towards Harding, noting Harding's political courage in addressing a segregated audience in Birmingham Alabama and telling them that they were wrong in their views of civil rights, or in commuting the sentence of political prisoner Eugene Debs. 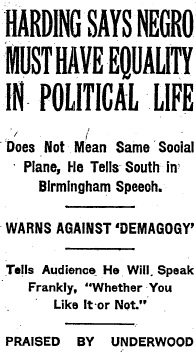 Harding has traditionally been ranked as one of the worst presidents. In a 1948 poll conducted by Harvard University, Harding ranked last among the 29 presidents considered. He has also been last in some other polls since. Murray argued that Harding deserves more credit than historians have given. He argues, "His administration was superior to a sizable portion of those in the nation's history." More recently, some historians suggest that it is time for a reconsideration of Harding's presidency. Perhaps his most objective biographer, Robert Murray, suggests a middle of the road approach, crediting Harding for the positive accomplishments of his administration, but also requiring him to take responsibility for what went wrong. Murray wrote: "In the American system, there is no such thing as an innocent bystander in the White House. If Harding can rightly claim the achievements of a Hughes in State or a Hoover in Commerce, he must also shoulder responsibility for a Daugherty in Justice and a Fall in Interior. Especially must he bear the onus of his lack of punitive action against such men as Forbes and Smith. By his inaction, he forfeited whatever chance he had to maintain the integrity of his position and salvage a favorable image for himself and his administration. As it was, the subsequent popular and scholarly negative verdict was inevitable, if not wholly deserved."
Collapse