On a scale of 1 to 10 (10 being best), how would you grade William Howard Taft, based on the performance of his duties as President? You can go to this link to vote. William Howard Taft, it is said, never wanted to be President of the United States. He wanted to be Chief Justice of the United States Supreme Court. In the end he got to be both. He was once Theodore Roosevelt's good friend, and was also Roosevelt's hand picked successor. But there was a fundamental flaw in their friendship: Roosevelt was a progressive and Taft was a conservative. In 1912 the two former friends clashed first over the Republican Party's nomination for President and then they both ran for President. Neither one got what they want. Taft's combined legacy as President and Chief Justice makes him unique in American history. 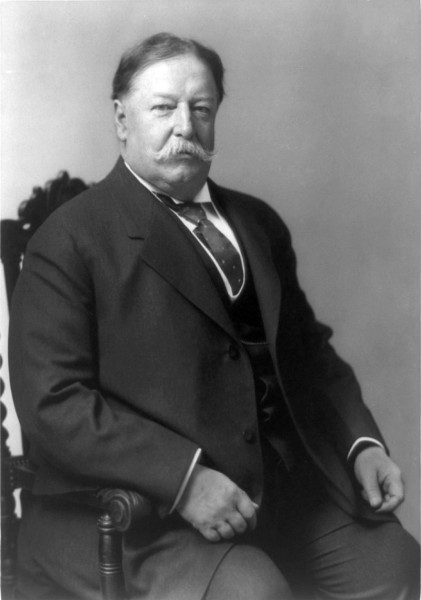 Taft was born in Cincinnati in 1857. His father, Alphonso Taft, had served as U.S. Attorney General and as Secretary of War, both for President Ulysses Grant. William Howard Taft attended Yale and, like his father, was a member of the Skull and Bones society. After becoming a lawyer, he was appointed a judge while still in his twenties. His legal career continued its rocket to stardom. He was appointed Solicitor General and as a judge of the Sixth Circuit Court of Appeals, both by President Benjamin Harrison. In 1901, President William McKinley appointed Taft as civilian governor of the Philippines. In 1904, Theodore Roosevelt appointed him as Secretary of War, and he became Roosevelt's choice to succeed him as president. What Taft really wanted was to become chief justice. He declined repeated offers of appointment to the Supreme Court, being convinced that his political work to be more important at the time.

With Roosevelt's help, Taft had little opposition for the Republican nomination for president in 1908. He easily defeated William Jennings Bryan for the presidency that November. But once he was elected, he had problems leading a party that was divided between Conservatives and Progressives. In the White House, because of his experience in the region, he focused on East Asia more than European affairs and he also intervened to support or remove Latin American governments. Domestically, Taft sought reductions to trade tariffs, then a major source of governmental income, but the resulting bill was watered down because of heavy influence from special interest groups.

Conflict grew between the conservative wing of the Republican Party, with which Taft often sympathized, and the progressive wing, which Roosevelt supported. Controversies over conservation and antitrust cases filed by the Taft administration served to cause a bigger rift between the two men. Roosevelt challenged Taft for the Republican Party's presidential nomination in 1912. Taft used his control of the party machinery to win a bare majority of delegates. An angry Roosevelt bolted the party and ran as a third party candidate. The split left Taft with little chance of re-election. In the contest in November, Taft finished third behind the winner, Democrat Woodrow Wilson, and Roosevelt. He won only two states: Utah and Vermont.

After leaving office, Taft returned to Yale as a professor. He continued his political activity by working against war through the League to Enforce Peace. In 1921, newly elected Republican President Warren G. Harding appointed Taft as chief justice of the US Supreme Court, the office Taft had long sought. Chief Justice Taft was a conservative on business issues, but under court advances were made in individual rights. He seemed happier on the court and he even managed to lose over 70 pounds thanks to more exercise and a better diet. But his health eventually declined and he resigned his position in February 1930. He died on March 8th of that year and was buried at Arlington National Cemetery, the first president and first Supreme Court justice to be interred there. 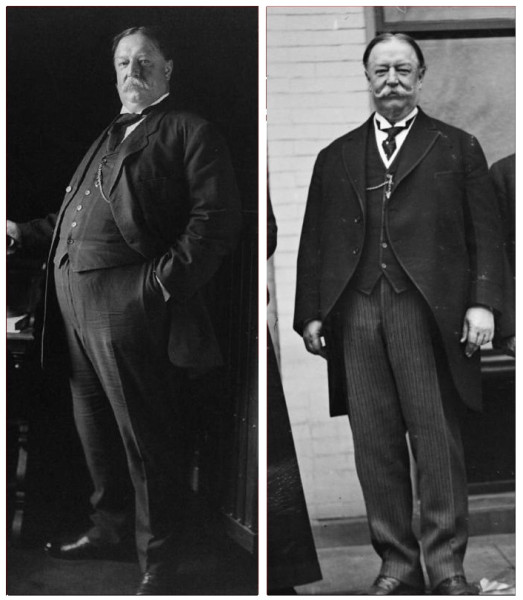 Historians have assessed Taft's Presidency as an underappreciated one for its time. He did not receive the public credit that he deserved. For example, although Theodore Roosevelt was revered as a "trust buster", Taft, with less fanfare than his predecessor, filed many more anti-trust cases than Roosevelt. He rejected the notion espoused by Roosevelt that there was such a thing as a "good" trust. Historian Jonathan Lurie describes Taft as "boring — honest, likable, but boring". Scott Bomboy of the National Constitution Center cleverly put it this way: in spite of being "one of the most interesting, intellectual, and versatile presidents, a chief justice of the United States, a wrestler at Yale, a reformer, a peace activist, and a baseball fan, today Taft is best remembered as the president who was so large that he got stuck in the White House bathtub." By the way, that story was not true.

Those assessing Taft as President criticize his lack of political skill in working with Congress. Before becoming President, Taft had never run for an important executive or legislative position. Some historians have also criticized Taft for being out of step with the times. As Taft biographer Paolo Enrico Coletta puts it, "in troubled times in which the people demanded progressive change, he saw the existing order as good."

Perhaps one of the reasons Taft is never remembered as a great president is because of his association with Theodore Roosevelt. Taft, like many others, was often in the shadow of the flamboyant Roosevelt. Taft was not as adept at using the levers of power as Roosevelt was. Roosevelt was quick to react, while Taft was more methodical and generally slow to act. When he did, his actions often made enemies. Roosevelt was able to successfully court the newspapers. Taft had a judge's reticence in talking to reporters. With no comment from Taft, journalists would often secure a quote from a Taft opponent.

Taft's legacy was further damaged in the 1912 election when Roosevelt reinforced the image of Taft as a ditherer with a narrow view of the presidency, unwilling to take action for the public good. Roosevelt's Autobiography, published in 1913 after both men had left the presidency, was intended to justify Roosevelt's dividing the Republican Party. It disparaged Taft. Every major newspaper reporter of that era followed suit and left summaries of Taft's presidency that were critical of him. Taft did not fight back. His only reply was in the form of his constitutional treatise on the powers of the presidency.

Taft believed that he would be vindicated by history. After he left office, he was estimated to be about in the middle of U.S. presidents. Subsequent rankings by historians have maintained that verdict. Historian Lewis Gould argues that "the clichés about Taft's weight, his maladroitness in the White House, and his conservatism of thought and doctrine have an element of truth, but they fail to do justice to a shrewd commentator on the political scene, a man of consummate ambition, and a resourceful practitioner of the internal politics of his party."

Taft has been rated among the greatest of the chief justices. Justice Antonin Scalia wrote that this was "not so much on the basis of his opinions, perhaps because many of them ran counter to the ultimate sweep of history". Chief Justice Earl Warren wrote that "In Taft's case, the symbol, the tag, the label usually attached to him is 'conservative.' It is certainly not of itself a term of opprobrium even when bandied by the critics, but its use is too often confused with 'reactionary.' " As chief justice, Taft's most significant contribution was his advocacy for reform of the court. He brought about improvements to the court's procedures and facilities. The Judges' Bill of 1925 was one of as Taft's major achievement on the court. 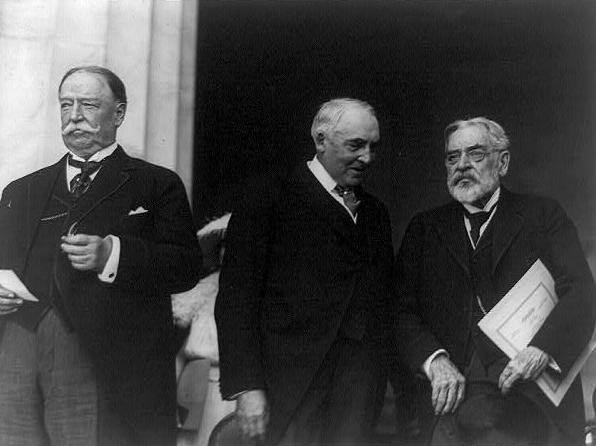 After Taft's humiliating defeat for reelection in 1912, he wrote: "I must wait for years if I would be vindicated by the people. I am content to wait." Taft enjoys an average ranking of 23rd in rankings of the Presidents. He was likely hoping for something better.
Collapse