Today, it would seem very unethical for a president tried to influence the Supreme Court of the United States about a forthcoming decision, especially one with significant political consequences. Yet that seems to be what happened on March 6, 1857 when the Supreme Court handed down it's decision in the case of Dred Scott v. Sanford. The case held that the federal government had no power to regulate slavery in the territories of the United States, and that people of African descent (both slave and free) were not protected by the Constitution and were not U.S. citizens. Fortunately, this decision had lost all authority since the passage of the 14th Amendment to the U.S. Constitution. Many legal scholars consider it to be the worst decision ever made by the U.S. Supreme Court. 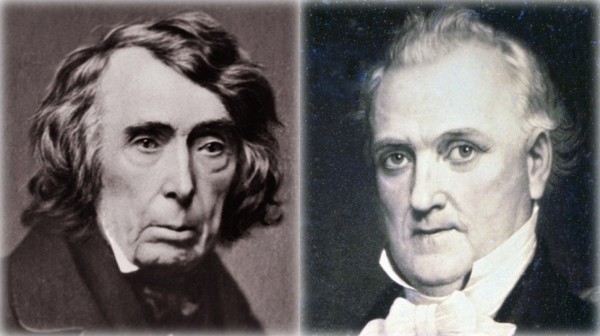 Dred Scott was born a slave in Virginia sometime between 1795 and 1800. In 1820, he followed his owner, Peter Blow, to Missouri. In 1832, Blow died and the next year U.S. Army Surgeon Dr. John Emerson purchased Scott. After purchasing Scott, Emerson took him to Fort Armstrong, which was located in Illinois, a free state which prohibited slavery in its constitution. Scott remained there until 1836, when Scott was again relocated. This time he was taken to Fort Snelling, which was located in part of the Wisconsin territory, where slavery was “forever prohibited” by United State Congress under the Missouri Compromise. This provided Scott with a legitimate basis on which to claim his freedom in court, although Scott did not act on this opportunity.

In 1837, the Army ordered Emerson to Jefferson Barracks Military Post, south of St. Louis, Missouri. Emerson left Scott and Scott's wife Harriet at Fort Snelling, where Emerson rented them out for profit. By hiring Scott out in a free state, Emerson was effectively bringing the institution of slavery into a free state, which was a direct violation of the Missouri Compromise, the Northwest Ordinance, and the Wisconsin Enabling Act.

Before the end of the year, the Army reassigned Emerson to Fort Jessup, Louisiana. Emerson then sent for Scott and Harriet, who proceeded to Louisiana to serve their master and his wife. While en route to Louisiana, Scott's daughter Eliza was born on a steamboat underway along the Mississippi River between the Iowa Territory and Illinois. Toward the end of 1838, the Army again assigned Emerson to Fort Snelling. By 1840, Emerson's wife, Scott, and Harriet returned to St. Louis while Emerson served in the Seminole War. While in St. Louis, they were once again hired out and Emerson was once again breaking federal law. In 1842, Emerson left the Army. He died in the Iowa Territory in 1843. His widow Eliza inherited his estate, including Scott. For three years after Emerson’s death, the Scotts continued to work as hired slaves. In 1846, Scott attempted to purchase his and his family’s freedom, but Eliza Irene Emerson refused, prompting Scott to sue for his freedom.

In a trial held in 1850, a jury found Scott and his family to be free, but In November 1852, the Missouri Supreme Court reversed the jury's decision. Scott then appealed to the U.S. Supreme Court. Just two days after Buchanan's inauguration, the Supreme Court handed down its decision, with each of the concurring and dissenting Justices filing separate opinions. By a 7-2 majority the court held that Dred Scott had no standing to sue for his freedom because Scott, and all people of African descent for that matter, were found not to be citizens of the United States.

The decision caused considerable debate and controversy. After the Supreme Court had heard arguments in the case but before it had issued a ruling, President-elect James Buchanan wrote to his friend, U.S. Supreme Court Associate Justice John Catron, asking whether the case would be decided by the U.S. Supreme Court before his inauguration in March 1857. Buchanan hoped the decision would quell unrest in the country over the slavery issue by issuing a ruling that put the future of slavery beyond the realm of political debate.

Buchanan also lobbied Associate Justice Robert Cooper Grier, a Northerner, to join the Southern majority to prevent the appearance that the decision was made along sectional lines. This would be considered highly unethical today. Even under the more lenient standards of that century, Buchanan's applying such political pressure to a member of a sitting court would have been seen as improper. Republicans claimed that on the day of Buchanan's inauguration, Chief Justice Taney had whispered in Buchanan's ear prior to Buchanan's declaring, in his inaugural address, that the slavery question would "be speedily and finally settled" by the Supreme Court.

Here is what Buchanan's biographer Philip S. Klein wrote about this incident in his 1962 biography of Buchanan called President James Buchanan: A Biography at page 269:

Buchanan had expected to defer the second great task, dealing with slavery, until after the inauguration. But during February he was drawn into a correspondence which gave him hope that part of the problem might be solved at a stroke. While in Washington ge learned that the Supreme Court was nearly ready to bring in a decision on the Dred Scott case. Eager to have the backing of the court, he wrote to Justices John Catron and Robert Grier about the wisdom of having the Supreme Court issue a through expository opinion on the power of Congress over slavery in the territories. Buchanan knew what the majority decision would be - that Scott had no right to sue because he was not a citizen - and he knew that two dissenting justices would prepare a statement supporting their views. Should not the majority do likewise, and make explicit that Congress had no power over slavery in the territories; therefore the Missiouri Compromise had been unconstitutional? Buchanan strongly urged this action as the best possible way to get the slavery debate out of Congress and settle once and for all the sectional contention. If the country was so far gone that it would attack the Supreme Court, then the union was already cracked beyond repair. 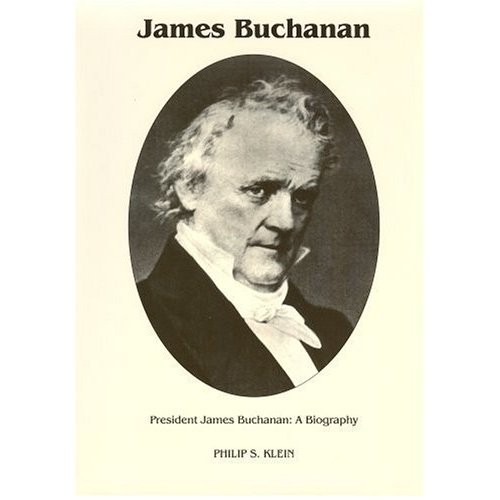 He later wrote about this issue again, at pages 271-2, in the context of Buchanan's inauguration:

At the Capitol, the group which was to share the inauguration platform gathered first in the Senate Chamber where Vice-President Breckinridge took the oath of office. All then filed out onto the stand in front of the east portico. In the shuffle of getting seated, Buchanan and Chief Justice Taney met momentarily at the front of the rail and had a brief chat. Some of those who witnessed this exchange swore to their dying day that at this very moment, Taney told Buchanan how the Supreme Court would decided the Dred Scott case, and that Buchanan instantly added this information to his address. What they did not know was that he had more than a week before learned the news from one of the justices.
Collapse