By his own admission, Chester Alan Arthur was not a workaholic. According to Ruth T. Feldman, one of his biographers, as President, Arthur did not work on Sundays and Mondays. On the other five days of the week he usually showed up for work at around 10:00 a.m., when he would meet with Congressmen, hold cabinet meetings twice a week (Tuesday and Friday) at noon, meet with members of the public on Wednesday, Thursday and Saturdays at noon, have lunch at 1:00 p.m. and then work the rest of the afternoon. His workday usually ended at 5:00 p.m. According to Feldman, Arthur once told a reporter "you have no idea how depressing and fatiguing it is to live in the same house where you work." 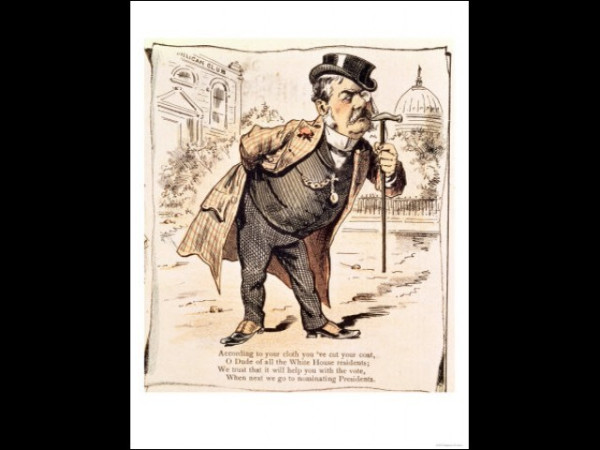 Arthur loved to entertain as President. When he became President, he had the White House renovated at a cost of $30,000, which included having the Presidential carriage decorated with leather and lace, along with a silver harness for the horses that pulled it. Arthur hosted elegant dinners and receptions at which the White House was ornately decorated with magnificent table settings, fine wines and fancy food. They often lasted past two in the morning, with Arthur smoking expensive cigars with friends into late hours.

Arthur also spent extravagantly on his clothing. He had a variety of nicknames for his stylish dress and fancy ways. These included "Prince Arthur", "Elegant Arthur", "the Gentleman Boss" and "the Dude President". Arthur's weight increased due to his rich lifestyle and he often complained of gastrointestinal disorders and of exhaustion.

Many historians speculate that Arthur's enjoyment of the high life was a coping mechanism following the sudden death of his wife Ellen, less than a year before his election to the Vice-Presidency in 1880. Despite this making him one of the most eligible bachelors in the capitol, Arthur made it known that he would not remarry. There are no reports of Arthur having any women with whom he had intimate relationships. He once told a woman who asked him about this aspect of his life, "I may be President of the United States, but my personal life is nobody's damned business." Others believe that Arthur knew that his poor health meant that his days were numbered and he was trying to make the best of a bad situation. He suffered from Bright's Disease, something that was then an incurable kidney ailment. He would frequently take vacations to warmer climates in an attempt to ease his pain. 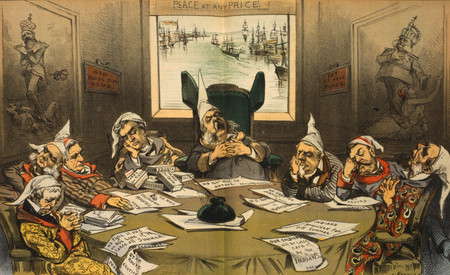 In spite of having a reputation for a less than stellar work ethic, Arthur left the office without scandal. Subsequent assessments of his presidency were favorable. Muckraking journalist Alexander McClure wrote of Arthur: "No man ever entered the Presidency so profoundly and widely distrusted as Chester Alan Arthur, and no one ever retired more generally respected, alike by political friend and foe." The New York World summed up Arthur's presidency at the time of his death in 1886 by writing: "No duty was neglected in his administration, and no adventurous project alarmed the nation." Mark Twain wrote of him, "It would be hard indeed to better President Arthur's administration."
Collapse