There is no doubt that Franklin Pierce drank to excess and that he was almost certainly an alcoholic. This fact can be inferred from the cause of his death, cirrhosis of the liver. There is also the famous quotation frequently attributed to Pierce, when on leaving office in 1857, someone asked him what he was going to do now. Pierce is quoted as saying: "There’s nothing left to do but get drunk."

Pierce certainly had a hard life. He had three sons who died in infancy. His first son Franklin Pierce Jr. died on February 4, 1836, two days after he was born. His second son, named Franklin Robert Pierce, died at age four from epidemic typhus. The Pierce's had a third son, Benjamin Pierce, who was born in April of 1841. The Pierces loved Benny and doted on him. Two months before Pierce's inauguration as president, a tragedy occurred as the family traveled by train from Andover, Massachusetts, to Concord, New Hampshire. Minutes after departure, their passenger car broke loose from the train and rolled down an embankment. The only fatality was Benny Pierce. The child was nearly decapitated. Pierce covered him with a sheet, hoping to spare his wife Jane, but by then she had also seen the child's body. The couple were grief-stricken and Jane went into a severe depression. 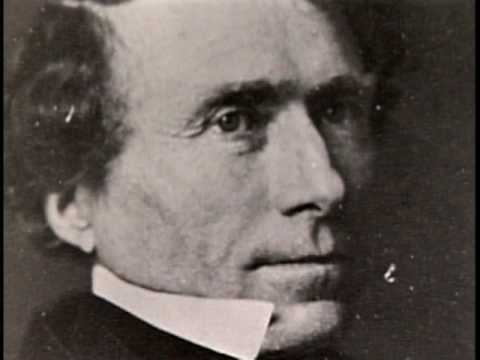 Pierce began his presidency deeply saddened by the death of his son. In his inaugural address, delivered without notes, he told the crowd: "You have summoned me in my weakness, you must sustain me by your strength."

Essentially estranged from his wife, and with all of his children gone, Pierce's life as President was a lonely one, and he often turned to alcohol for relief from his emotional pain. There's a story told about Franklin Pierce and his arrest for driving under the influence of alcohol. According to the story, Pierce was coming home from drinking at a friend's house, and was under the influence of alcohol. His carriage struck an old woman, badly injuring her. Police were summoned and arrested Pierce, but when they discovered his identity, they let him go. This story has been repeated in a number of anecdotal books about presidents, including Secret Lives of the U. S. Presidents by Cormac O'Brien, usually without any significant source. I have personally searched through a number of biographies of Pierce, but could not find anything written about this incident or any credible source for the story.

The story is almost certainly false, according to historian Peter Wallner, author of Franklin Pierce: Martyr for the Union. According to Wallner, “the fact that there are no newspaper stories about the accident and it wasn’t mentioned in any correspondence convinced me that it probably didn’t happen.”

In 1856, after he lost his bid for the Democratic nomination for President, and it was after this that a reporter is said to have asked him what he would do after leaving office. Pierce is quoted as saying "There's nothing left but to get drunk!"

Pierce spent the next three years traveling before returning home. He was asked by some to run for President in 1860, but declined the offer. When the Civil War broke out, he was opposed to succession, but was also opposed to many of the policies of Abraham Lincoln. It was a difficult time for him because of his close friendship with Jefferson Davis. Jane Pierce died of tuberculosis in Andover, Massachusetts in December 1863. Then in May of 1864, Pierce was further saddened by the death of his close friend, Nathaniel Hawthorne. He had been with Hawthorne when the author died unexpectedly. Some Democrats tried again to put Pierce's name up for consideration as the 1864 election unfolded, but he kept his distance; Lincoln easily won a second term. When news spread of Lincoln's assassination in April 1865, a mob gathered outside Pierce's home in Concord, demanding to know why he had not raised a flag as a public mourning gesture. Pierce grew angry, expressing sadness over Lincoln's death but denying any need for a public gesture. He told them that his history of military and public service proved his patriotism, which seemed to dispel the anger within the crowd. 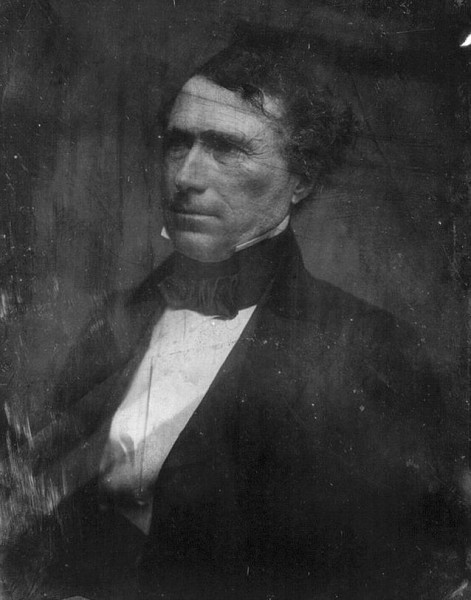 Pierce's drinking worsened his health in his last years. He took up the life of what he called an "old farmer", drinking and farming. As his drinking increased, his health began to decline. He returned to Concord in September of 1869, now suffering from severe cirrhosis of the liver and knowing that the disease was killing him. He died at 4:35 am on October 8 at the age of 64.
Collapse