Thomas Jefferson was a widower from and after 1782, when his wife Martha died at the age of 33. It is said that before she died, Martha made her husband promise never to remarry because she could not bear the thought of having another woman raise her children. If this is so, Jefferson kept that promise. However following Martha's death, Jefferson is believed to have had a long-term relationship with a woman named Sarah Hemings, whom everyone called Sally. She was an enslaved woman of mixed race who was "owned" by President Thomas Jefferson. It is believed that she gave birth to six children fathered by Jefferson, four of whom survived. 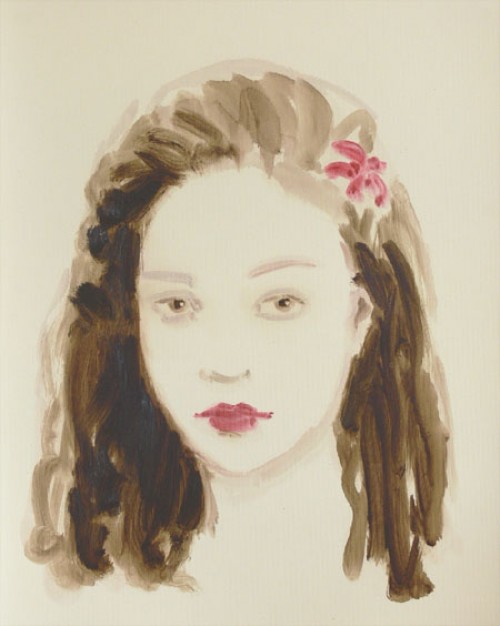 Hemings was the youngest of six siblings. Her father was a white Virginia planter named John Wayles and her mother was his mixed-race slave Betty Hemings. Wayles was also Jefferson's father-in-law, making Jefferson's wife Martha the half-sister of Sally.

In 1787, 14 year old Sally Hemings accompanied Jefferson's youngest daughter Mary (who was called Polly) to London and then to Paris. Jefferson was 44 years old at the time and was serving as the United States Minister (Ambassador) to France. Hemings spent two years there. It is believed that Jefferson began a sexual relationship with Hemings either in France or soon after their return to Monticello. Hemings had six children of record born into slavery; four survived to adulthood. During the time that these children were born, Hemings worked as a domestic servant in Jefferson's house, an assignment she held until his death. Hemings' children lived in Jefferson's house and were trained as domestic servants and artisans. Their names were Beverly, Harriet, Madison, and Eston.

Sally Hemings remained in France for with Jefferson for 26 months. Slavery was abolished there after the Revolution in 1789 so Jefferson paid her and her brother James a wage, though it was lower than the usual rate for servants. Under French law, both Sally and James could have petitioned for their freedom and asked to remain in France as free persons rather than returning to Virginia as slaves. According to her son Madison's memoir, Hemings became pregnant in Paris and Jefferson was the father of the child. She agreed to return with him to the United States in return for his promise to free their children when they reached the age of 21.

The first public accusation that President Jefferson fathered children with his slave was made in 1802 by journalist James T. Callender, who was upset with Jefferson after the President had refused to appoint Callender to a Postmaster's position. Callender made threats of "consequences". He reported that Jefferson had fathered several children with a "slave concubine" named Sally. Soon others publicly made the claim. These were primarily Jefferson's political enemies. One of the more objective contemporary accounts comes from Elijah Fletcher, who was the headmaster of the New Glasgow Academy in Amherst County, Virginia. He visited Jefferson in 1811 and wrote in his diary:

"The story of black Sal is no farce — That he cohabits with her and has a number of children by her is a sacred truth — and the worst of it is he keeps the same children slaves — an unnatural crime which is very common in these parts."

Jefferson never responded publicly to these accusations, but his children and other descendants denied these accusations for nearly 200 years, and historians placed less credence in the theory as the years passed. In 1868, Jefferson biographer Henry Randall wrote that according to Thomas Jefferson Randolph, Jefferson's surviving daughter Martha stated on her deathbed that Jefferson had been away from Monticello for 15 months before one of Hemings' children was born, so could not be the father. But Randolph had also said that the children resembled Jefferson so closely that he believed that "they had his blood in their veins". Randolph told Randall that Peter Carr, Jefferson's nephew by his sister, had fathered Hemings' children, which explained the close resemblance. Randall failed to make any mention of Hemings and her children in his three-volume biography, The Life of Thomas Jefferson, published in 1858.

Jefferson freed all of Hemings' children when they reached the appropriate age. They were the only slaves freed by Jefferson. Sally Hemings and lived the last nine years of her life in freedom with her two younger sons in Charlottesville.

In 1998 a DNA analysis showed no match between the line of male heirs who descended from Peter Carr and the one Hemings descendant tested. But it did show a match between the Jefferson male line and the Eston Hemings descendant. Based on these test results, many historians believe that the widower Jefferson had an intimate relationship with Hemings and that he fathered six children with her, four of whom survived to adulthood. The Thomas Jefferson Foundation, which operates Monticello, conducted an independent review in 2000, as did the National Genealogical Society in 2001. Both concluded that Jefferson was probably the father of all of Hemings' children. Eugene Foster, the lead co-author of the DNA study, has stated that the test is not conclusive, and it only establishes "that Thomas Jefferson was one of several candidates for the paternity of Eston Hemings". The hypothesis that Jefferson was the father of the Hemings children continues to have its skeptics and its detractors. 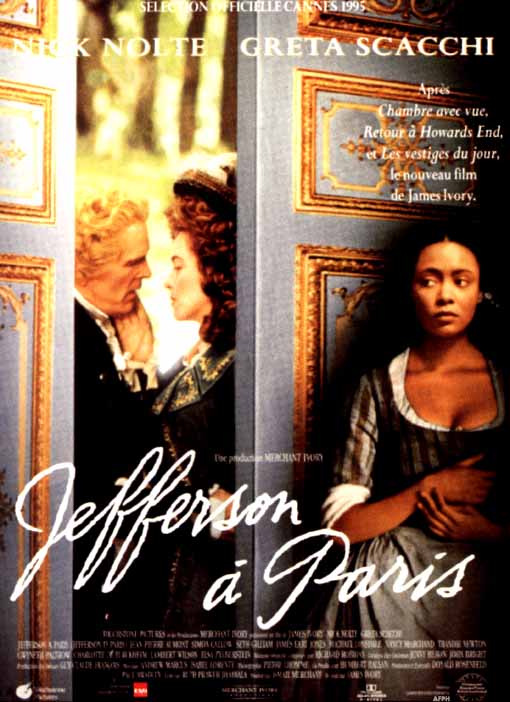 In 1995 the movie Jefferson in Paris provided a fictional portrayal of Jefferson's relationship with Hemings. Nick Nolte starred as Jefferson and Thandie Newton played Hemings.
Collapse