On the plane ride back from Cincinnati I was able to combine some fun fiction reading with the timeliness of my recent visit to the William Howard Taft National Historic Site. In his first novel entitled Taft 2012, author Jason Heller serves up a delightful political satire by combining a history lesson about the 27th President of the United States with a cutting social commentary on the state of modern American politics. Heller's protagonist is William Howard Taft, the nation's most corpulent (300 pound) president, and the last to wear a mustache. But in this alternate version of history, Taft mysteriously disappears on the day of his successor Woodrow Wilson's inauguration, never to he heard from again until a century later, when he mysteriously reappears at the White House. 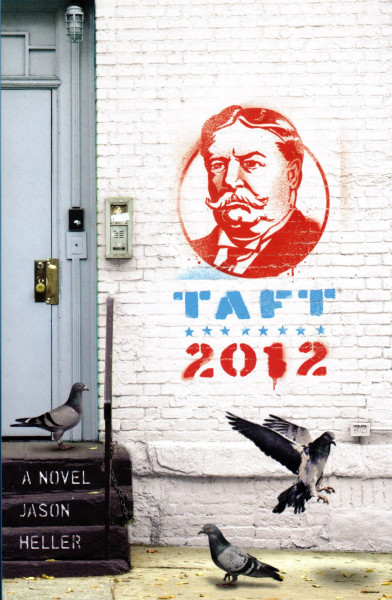 Once his identity is verified, Taft becomes a beloved celebrity as his past reputation as an ineffective chief executive undergoes a 21st century makeover. Suddenly Taft is remembered for the best aspects of his presidency: idolized by conservatives and liberals alike, who cherry pick the aspects of his leadership that resemble their own political leanings, while Taft adjusts to the strangeness of life in the 21st century. As the title suggests, Taft is drafted to run for president in 2012 on the shoulders of a fictionalized version of the Tea Party. Aided by a great great granddaughter (who is also a member of Congress), her African-American husband and their bi-racial daughter, and a chummy secret service agent, Taft's early 20th century principles are applied to 21st century politics in a presidential campaign that mixes humor and farce with poignant insight into the modern political climate.

In the midst of spinning this witty yarn, Heller incorporates the world of twitter, cable news, greedy lobbies and other aspects of current culture in a funny, imaginative and thought provoking merger of fantasy and satire that adds up to a very enjoyable novel. Whether you're a political junkie looking for some light fiction or just someone intrigued by the unique premise of this book, this is a witty, fun and brilliant read. Heller proves himself to be a modern day Jonathan Swift, providing a novel that is simultaneously equal parts funny and intelligent. 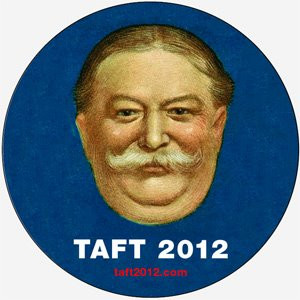