The inauguration of Franklin Pierce was unique for a number of reasons. Pierce is the only President to have made an affirmation (a non-religious legal promise) rather than sworn an oath. Pierce placed his hand on a law book and not a bible. There is no requirement that any book, or any sacred text, be used to administer the oath of office, and none is mentioned in the Constitution. The use of the Bible has been customary. Franklin Pierce is the only President who did not use a bible for the ceremony. 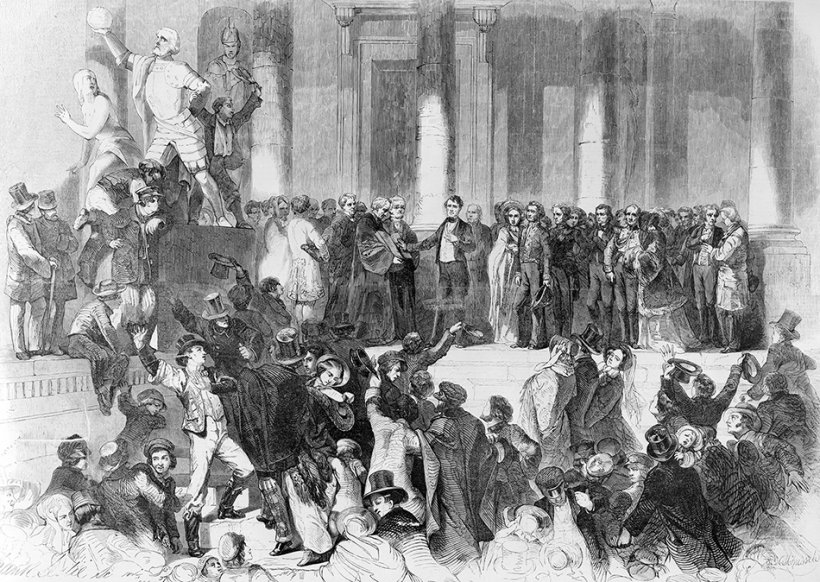 Pierce was the only President who recited his inaugural address from memory. Pierce's Vice-President, William Rufus King, did not attend the inaugural ceremonies. King was very ill and and had gone to Cuba to try to recover at the time of the Inauguration, and was sworn into office there on March 24, 1853. King died on April 18, 1853, one day after returning to his home in Alabama.

Pierce, who was in mourning over the recent death of his son Bennie, cancelled the inaugural ball. Two months before, on January 6, 1853 (160 years ago today), Pierce's family had been trapped in a train travelling from Boston. To celebrate both Christmas and Franklin's election, the family of three set out for a vacation to Boston before Pierce's inauguration. After the vacation, just after their train departed Andover, Massachusetts, an axle broke and the train jumped the track and went over a fifteen-foot embankment. Franklin and Jane received only minor bruises and scrapes, but they witnessed their only son, Benny, being crushed beneath the railroad car. He was the only passenger killed in the accident. First Lady Jane Pierce viewed the train accident as a divine punishment for her husband's vanity in pursuing and accepting the nation's high office.

Pierce was inaugurated on March 4, 1853 at the East Portico of the Capitol Building. The weather is recorded as being light snow and wind with heavier snow during the Inaugural address. The estimated temperature at noon was 35°F. Chief Justice Roger Taney presided over the inauguration.

In his inaugural addres, Pierce called for an era of peace and prosperity at home and urged a vigorous assertion of US interests in its foreign relations. He said:

"The policy of my Administration will not be deterred by any timid forebodings of evil from expansion. Indeed, it is not to be disguised that our attitude as a nation and our position on the globe render the acquisition of certain possessions not within our jurisdiction eminently important for our protection". 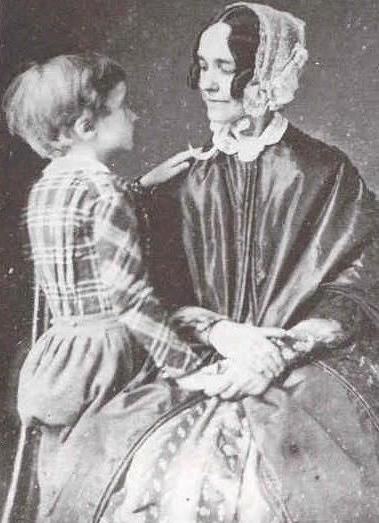 Prior to Pierce's election, Jane Pierce had gone to Newport, New Hampshire, for a respite. While there, Benny wrote to her, expressing the wish that his father lost the election. Benny wrote "I hope he won't be elected for I should not like to be at Washington and I know you would not either." But Pierce convinced his wife that his office would be an asset for Benny's success in life.

It was 94 years ago today, on January 6, 1919, that Theodore Roosevelt died. He was 60 years old and died at his home in Oyster Bay, New York from a heart attack. When he died, Vice-President Thomas R. Marshall, said "death had to take Roosevelt sleeping, for if he had been awake, there would have been a fight." 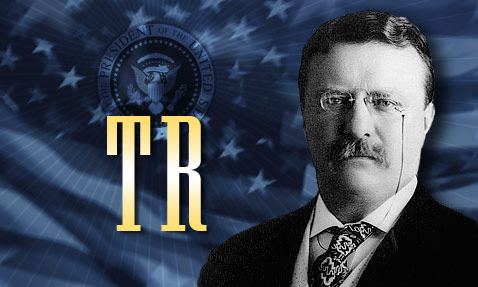 After leaving the Presidency in January of 1909, Roosevelt left New York in March for a safari in east and central Africa. Roosevelt's party landed in Mombasa, British East Africa (now Kenya), traveled to the Belgian Congo (now Democratic Republic of the Congo) before following the Nile to Khartoum in modern Sudan. Roosevelt's party hunted for specimens for the Smithsonian Institution and for the American Museum of Natural History in New York. Roosevelt and his companions killed or trapped approximately 11,400 animals, ranging from insects and moles to hippopotamuses and elephants. These included 512 big game animals, including six rare white rhinos. Tons of animals and their skins were shipped to Washington. Responding to criticism for the large number of animals taken, Roosevelt said, "I can be condemned only if the existence of the National Museum, the American Museum of Natural History, and all similar zoological institutions are to be condemned."

When he returned, Roosevelt was displeased with his anointed successor William Howard Taft. He made a run for the Republican Party's presidential nomination in 1912, but Taft's organization out maneuvered him, so he ran as a third party candidate for the Bull Moose Party and ended up finished second in the popular and electoral vote. In the course of the campaign Roosevelt surviced an assassination attempt in Milwaukee and finished his speech before receiving medical treatment for his bullet wound.

He made another expedition, this time to South America to find the headwaters of the Rio da Duvida, (the "River of Doubt), and trace it to the Amazon River. He obtained a leg wound and contracted typhoid fever. He completed the journey despite serious health concerns, but lost 50 pounds and his health was adversely affected for the rest of his life.

When the first world war broke out, Roosevelt favoured US entry into the war. When the nation finally went to war in 1917, Roosevelt begged President Woodrow Wilson to let him lead a voluntary infantry division, but Wilson wisely refused the request. His youngest son Quentin, a pilot with the American forces in France, was shot down behind German lines in 1918. The death of his son distressed him greatly. 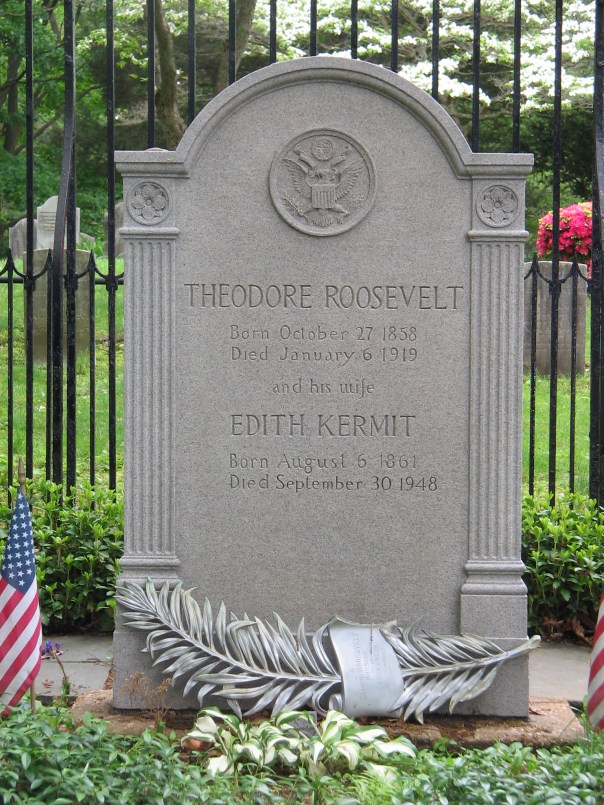 On January 6, 1919, Roosevelt died in his sleep at Oyster Bay of a coronary thrombosis (heart attack), preceded by a 2½-month illness described as inflammatory rheumatism. He was buried in nearby Youngs Memorial Cemetery. Upon receiving word of his death, his son Archie telegraphed his siblings simply saying "the old lion is dead."
Collapse